Pujara's slow rate of scoring has often come under scrutiny even in Tests. Freddie Wilde came up with an interesting point to defend Pujara's poor Strike Rate. He stressed that's what Pujara is required to do in the team. He said that Pujara's defensive skills protect Kohli from facing the pacers with the new ball. My initial reaction was, 'Does a batsman of Kohli's calibre really need someone like Pujara to 'protect' him from the new ball bowlers?

Does that mean Kohli's success scarcely depends on Pujara's performance?

In the 72 matches where Kohli and Pujara played together, Kohli has an average of 56.33. In the 14 matches where Pujara didn't play, Kohli's average drops to 42.26. However, this might not be a fair determinant as most of these 14 games were played in the early stages of Kohli's career. In fact, Kohli never had an average above 50 till 2016, after which there was only one instance of both these men not playing together.

So for the rest of this analysis, only those matches where Kohli and Pujara played together are considered.
Kohli has batted in 119 innings in matches where he has played alongside Pujara. One of these inns will not be considered as Kohli batted above Pujara in that inns.

Also, Kohli surpassed 50 on only 24.39% of these innings. So it could be inferred that the longer Pujara bats, the better it is for Virat. But how can the number of balls faced by one batsman influence the runs scored by another? Of course, it cannot. Then what really do these stats indicate?

To answer this let's go back to the initial claim which talks about Pujara ‘protecting Kohli from the new ball'. Does Virat really have problems against the new ball? The phase-wise averages of VK might give an idea. This chart clearly indicates Kohli's troubles in facing the new ball. 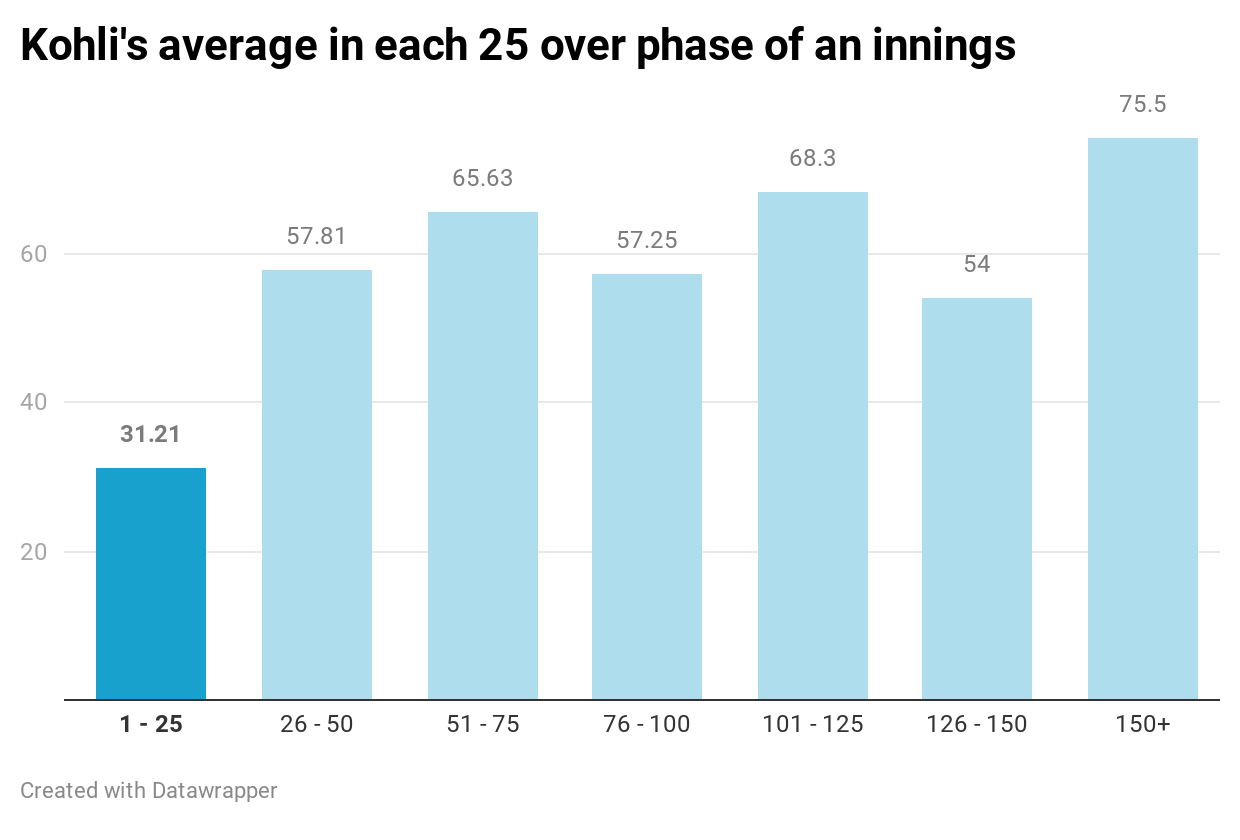 His average in the first 25 overs is comfortably the worst among his phase-wise averages. Still, how is it relevant to Pujara facing more deliveries?
Whenever Pujara faces more than 50 balls, Kohli comes in to bat after 31.2 overs on an average. The corresponding average is 19.5 overs in the remaining games.

Also, Virat came in to bat after 25 overs in 58.44% of these occasions. This number falls significantly to 19.51% whenever Pujara has failed to face 50 deliveries. So Kohli’s performance doesn't actually depend on the balls faced by Pujara.

Rather it depends on the time of Kohli's arrival to the crease which could possibly be delayed if Pujara bats long.
In those innings where Kohli scores above 50, Pujara faces 107.33 balls on average which is more than enough to delay Kohli's arrival. 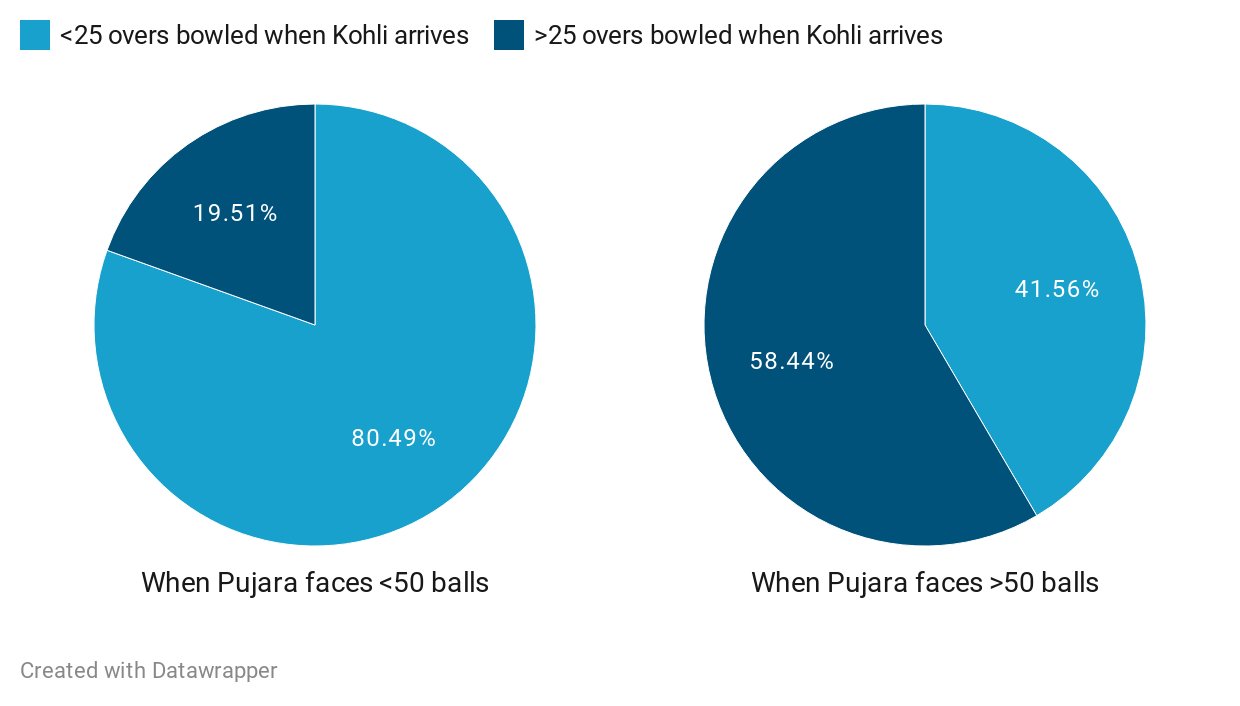 Though Pujara continues to receive criticism for his less than impressive strike rate, his technique seems to have a positive impact on the others. Especially in a batting line-up consisting of aggressive stroke makers at the top, Pujara's gritty approach holds more value than it may seem.