There is a lot of competition for the second semi-final spot in Group 1 of the Super 12 round between Australia and South Africa. Australia will be aiming to win this game against a struggling Bangladeshi team and strengthen their semi-final chances. The Aussies were schooled by Jos Buttler in their last game and the Aussies are now in a spot of bother and need to win both their remaining games and hope that South Africa loses against England.

Australia will need a good performance from their batters and bowlers in this do-or-die game. Skipper Aaron Finch and David Warner will need to replicate their performances against Sri Lanka while Steve Smith, Glenn Maxwell, and others have to take responsibility in this game.

Their bowlers had an off day against England otherwise they have done decently well in the first two games. Mitchell Starc is coming back to his old, ruthless self while Josh Hazlewood and Pat Cummins have been consistent as well. We saw Bangladesh's batting struggling against the pace of Rabada and Nortje so the pace trio will be crucial for the Aussies. Adam Zampa has been very consistent with the ball while Ashton Agar did well in the last game.

Bangladesh now has nothing to lose and they should come out on the field with a positive mindset and play fearless cricket. Injuries have made life difficult for them after Shakib was ruled out of the tournament and the form of their batters is not helping the cause either. Mushfiqur Rahim is terribly out of form while the others have failed to put in performances consistently as well. Bangladesh will need their batters to perform if they have to give themselves any chance of winning this game.

Their bowlers have been pretty average as well. Mustafizur Rahman has failed to pick wickets which has affected their performance a lot. Mahedi Hasan and Nasum Ahmed have done well with their finger spin bowling. Taskin Ahmed picked 2 wickets in the last game. Bangladesh will play for pride in this game but the Aussies seem to be a very tough opponent for them.

Both teams are expected to field an unchanged eleven.

This is a day game and will be played in Dubai. The wicket should be good for batting despite being a day game. Scores in the range of 150-160 will be a good total. Spinners will be crucial and will get some assistance off the wicket. Teams will opt to chase after winning the toss. 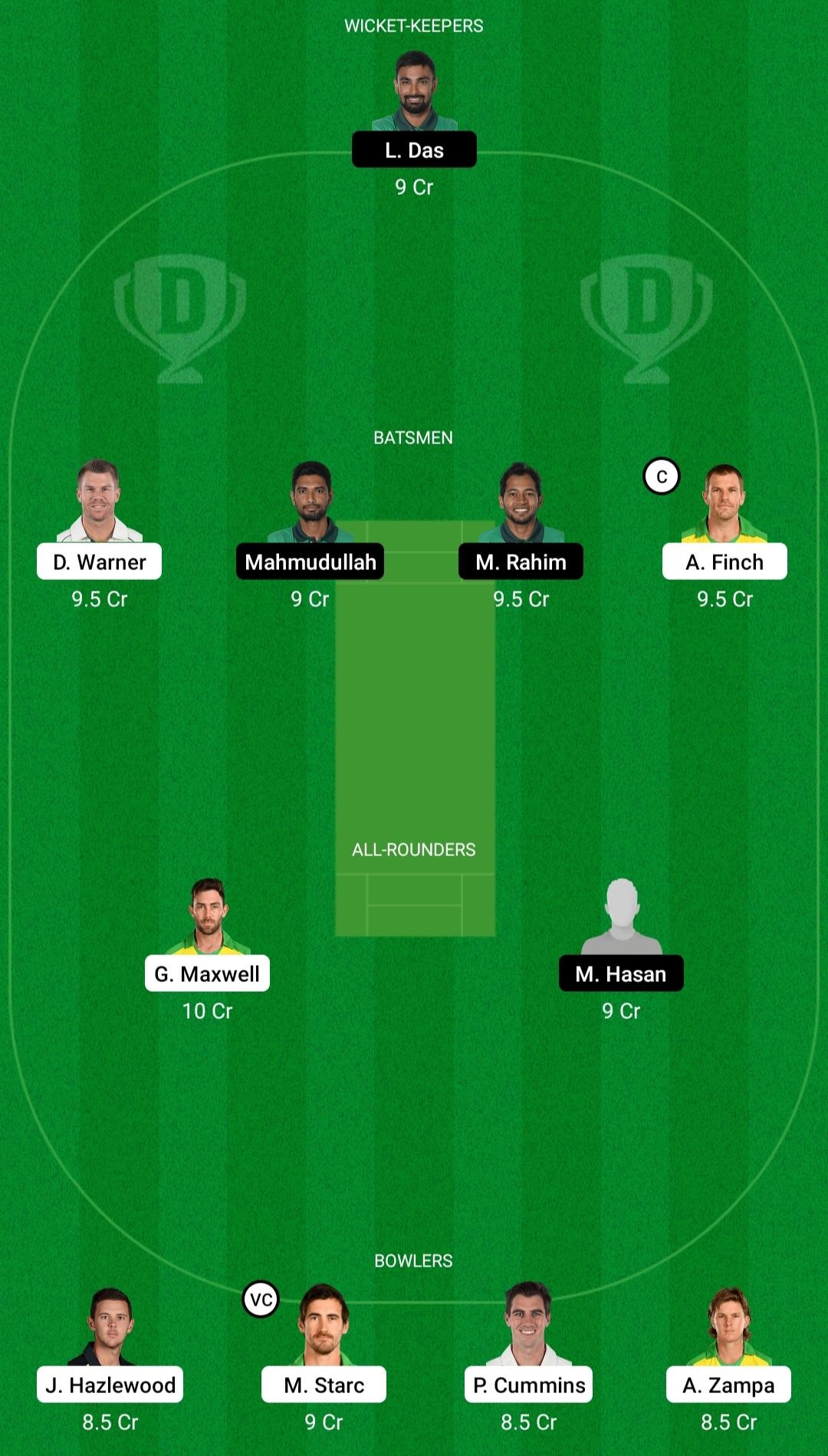 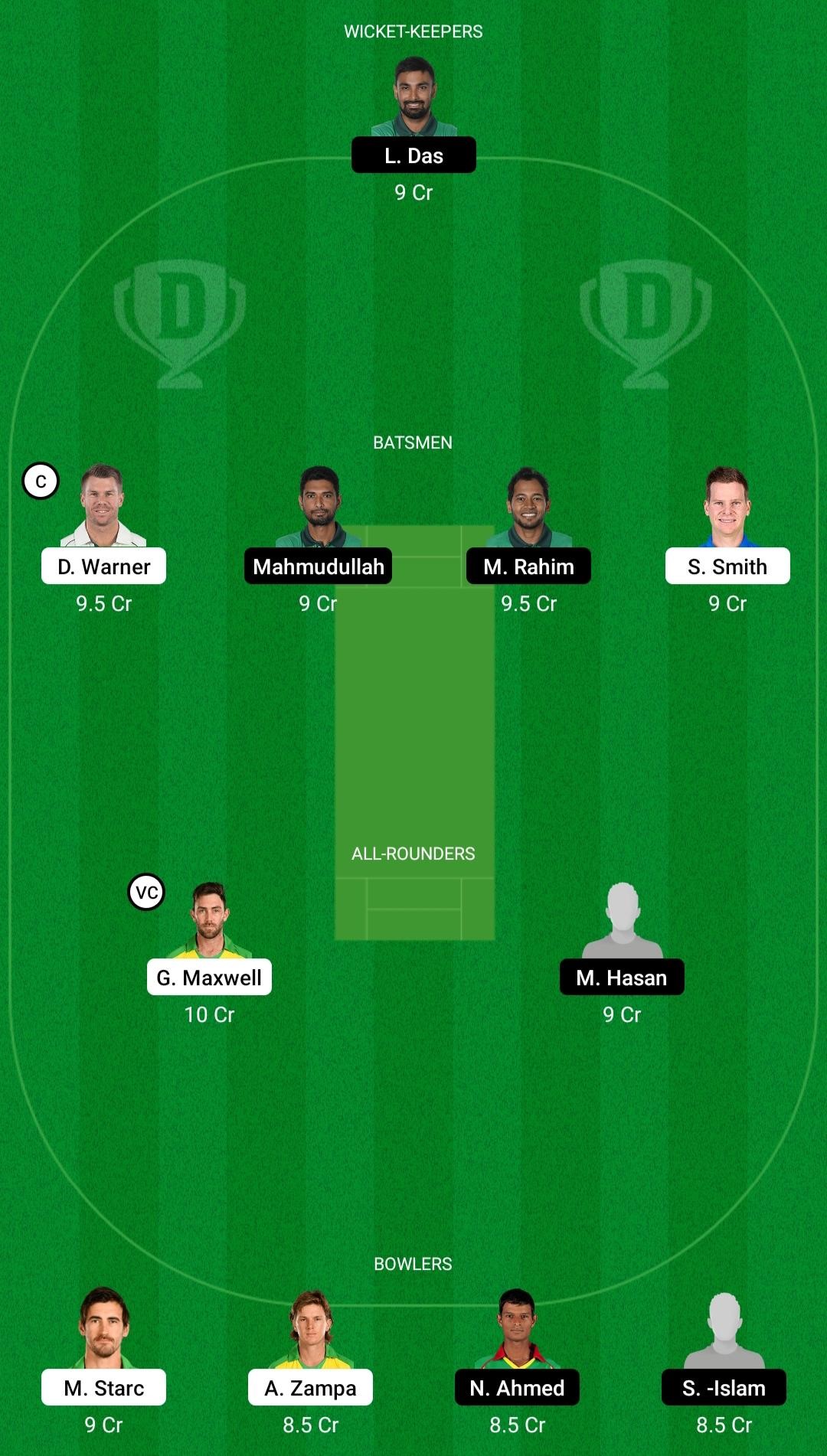