The bowlers too have disappointed in the first two games. Indian bowlers have picked only 2 wickets in the two matches so far and both were picked by Bumrah in the last game against New Zealand. All the others have been ineffective in both games. Bowling is a major concern for India as they are playing with only 5 bowlers. The spinners in particular have been very ineffective and have failed to stop the flow of runs.

India needs to put in a collective effort from the batters and bowlers in the remaining games as Afghanistan is not a team to be taken lightly. Big names like Rohit Sharma, KL Rahul, Rishabh Pant, Ravindra Jadeja, Hardik Pandya, and all have to step up and take responsibility if India is to give themselves any chance to qualify for the semi-finals.

Afghanistan is playing some exciting cricket at the moment and is in good form with full of confidence. Their batters and bowlers both are performing consistently. They have won 2 games out of 3 with one close defeat against Pakistan. Hazratullah Zazai, Mohammad Shahzad, Rahmanullah Gurbaz, and Najibullah Zadran are their main batters and all are looking in good touch.

Afghanistan’s biggest strength is its spin-web of three world-class spinners. Rashid Khan, Mujeeb ur Rahman, and Mohammad Nabi are the backbone of this Afghan team. Mujeeb has been exceptional with the new ball, picking 6 wickets in two games at an economy of just 4.25 including a five-wicket haul against Scotland.

Rashid Khan is the best T20 bowler currently and he has performed the same in the first two games. He almost took his side over the line against Pakistan. Rashid has 7 wickets at an economy of 4.75 in three games. Mujeeb is averaging 5.66 while Rashid is averaging 7 with the ball. Nabi is yet to put in a good performance with the ball but he is scoring consistently with the bat. If Afghan pacers can assist their spinners well then it will be a tough task for the Indian batters.

India may bring in Ravichandran Ashwin for Varun Chakravarthy. Suryakumar Yadav will replace Ishan Kishan if he is declared fit before the game.

One of Usman Ghani or Hashmatullah Shahidi will replace Asghar Afghan who retired from T20Is in the last game. Mujeeb should return to the eleven replacing Karim Janat.

This game will be played at the Sheikh Zayed Stadium, Abu Dhabi. This should be a good wicket to bat on as this will be an evening game. 160-170 should be a good score on this wicket. Pacers will get bounce on this wicket and will enjoy bowling here. Spinners too will get some assistance in the first innings and the bigger dimensions will help them as well. Teams will look to chase because of the dew factor. 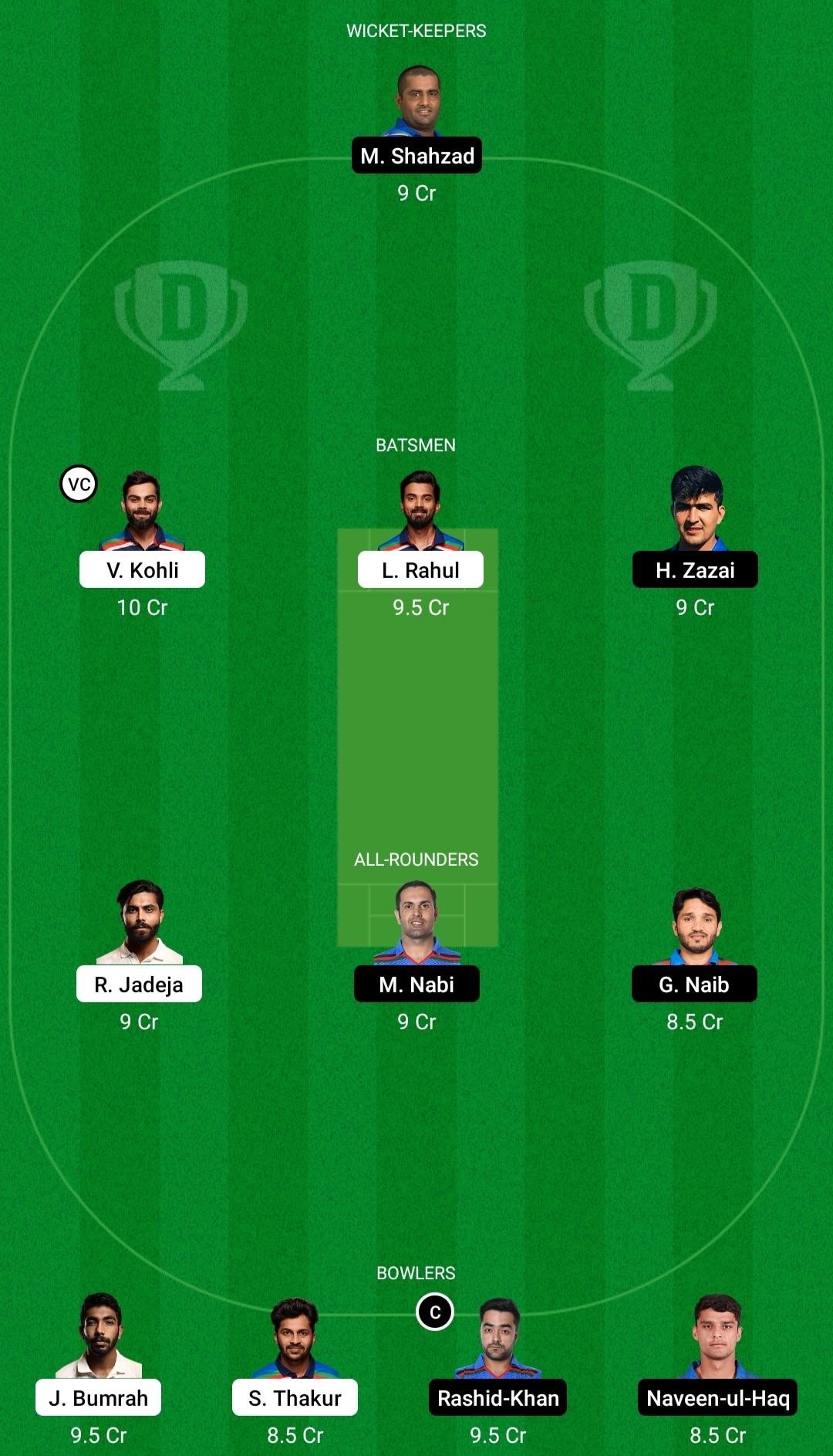 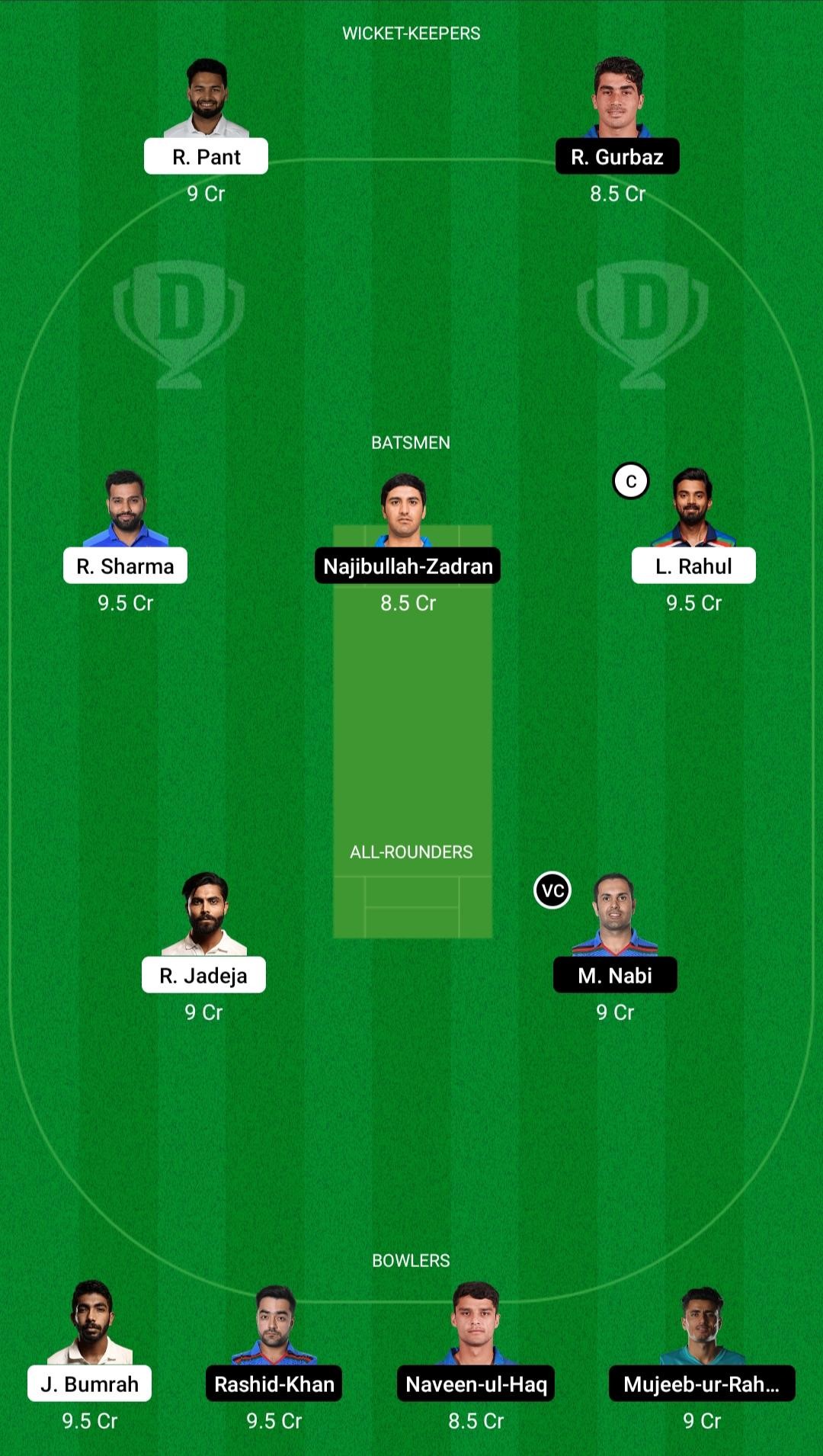