India will be up against New Zealand in their 2nd game of the World T20 2021. Both India and New Zealand were defeated by Pakistan in their first game of the tournament. This game will be very crucial for both sides as the team winning this game will have an almost certain chance to qualify for the semi-finals from group 2 of the Super 12 round.

India were ordinary with bat and ball and was stunned by Pakistan in the first game after losing the Toss. Apart from skipper chipping in with a half-century and Rishabh Pant contributing a handy 39, all the other batters failed to perform. The likes of Rohit Sharma, KL Rahul, and Suryakumar Yadav are quality players and they must be itching to bounce back strongly.

Bowling is India’s main area of concern as they are playing with just five bowling options and no one is looking in good form except Jasprit Bumrah. Bhuvneshwar Kumar and Mohammad Shami looked out of form while the wild card in Varun Chakravarthy failed to leave an impression.

New Zealand too had a poor start to their campaign as they lost to Pakistan by 5 wickets. The Kiwi batters failed to put up a good score on the board scoring only 134 batting first. Although their bowlers did a good job not letting the Pak batters chase this easily before Asif Ali scored a quickfire 27 to seal the deal for his side. Kane Williamson, Daryl Mitchell, and Devon Conway got starts but failed to convert while Martin Guptill looked good in his short stay on the crease.

Ish Sodhi and Mitchell Santner bowled with control while Trent Boult and Tim Southee were decent. New Zealand are a proficient side and we have seen in the past that they certainly are not the ones to be taken lightly, especially in ICC events.

Hardik Pandya had some fitness issues in the last game while there may be other changes in the Indian line-up.

New Zealand are expected to field the same eleven from their last game.

This match will be played in Dubai. The pitch here is best for batting amongst all three venues with dew having a great effect on the game in the second innings. Toss will play a huge role as chasing teams have won every game except one in the Super 12 round so far. Teams winning the toss will look to bowl first in this game as well.

KL Rahul has just 18 runs in his last 5 T20I innings
Rohit Sharma has 4 fifties in 13 innings against NZ
Hardik has 41 runs in 6 innings vs NZ at an Average of 8.2
KL Rahul averages 56 versus NZ
Guptill averages 17 versus IND from 12 innings
Seifert vs IND: Average 47, SR 156 from 8 innings 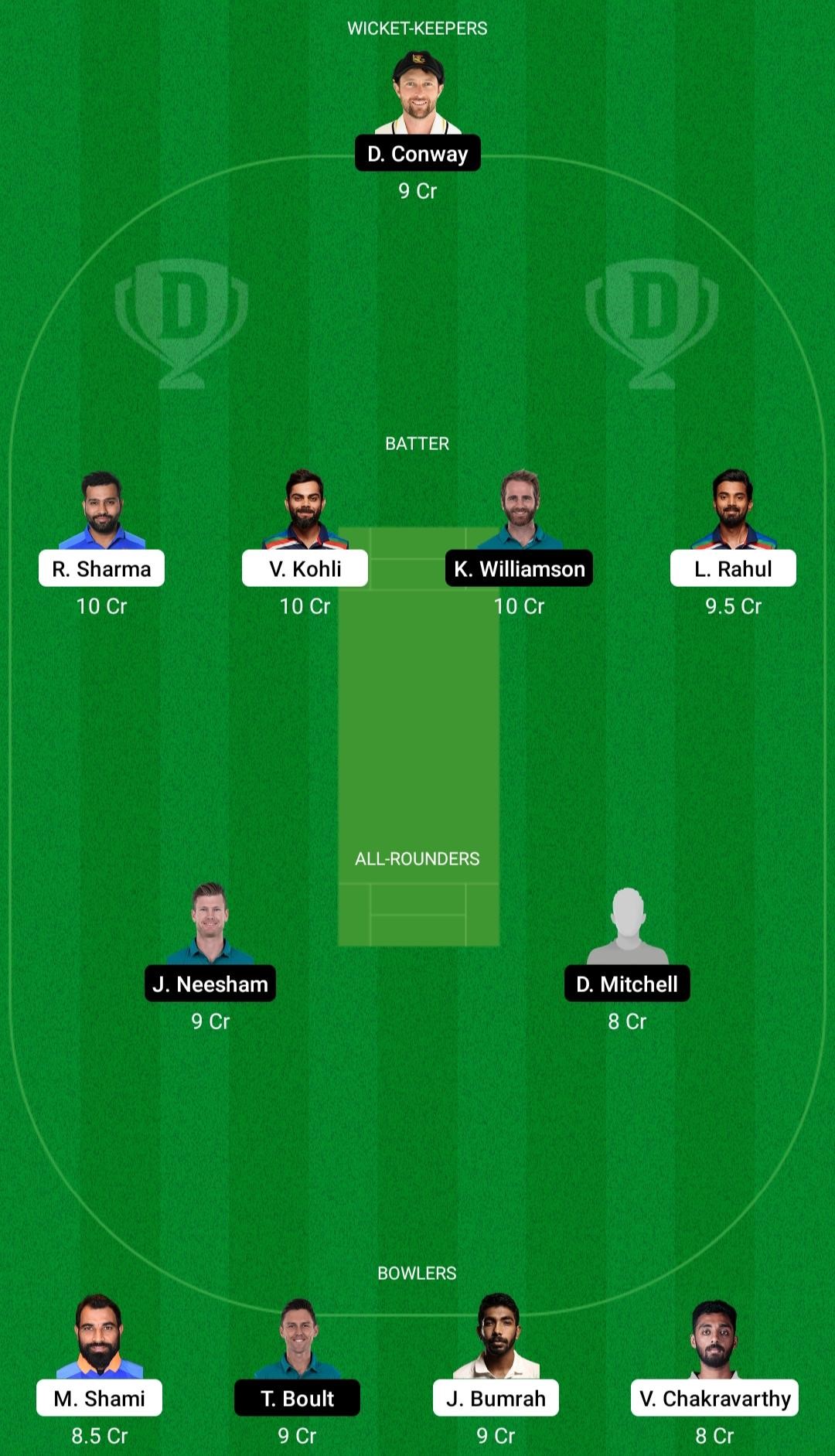 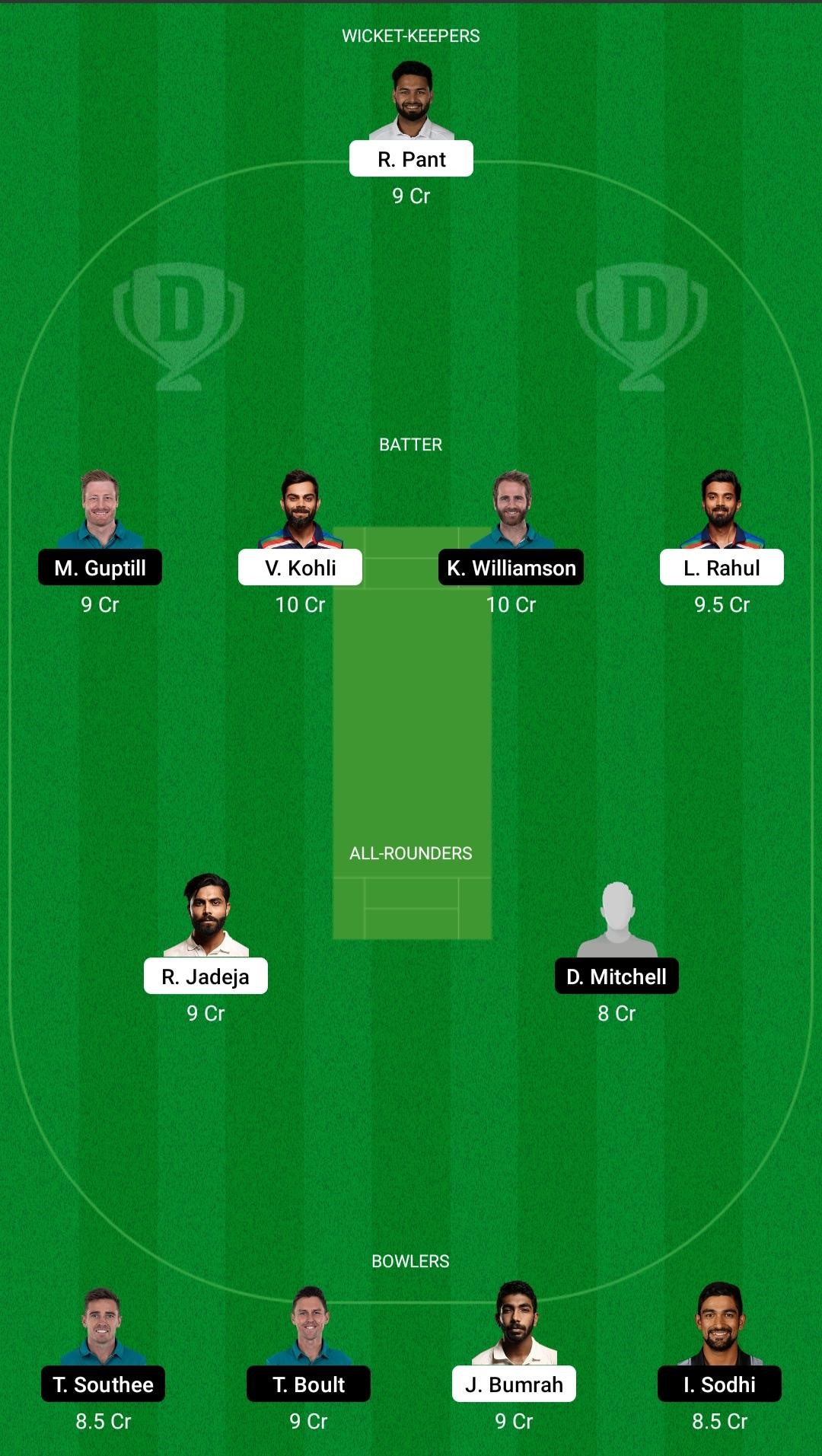