Bangladesh and West Indies will be up against each other in this Super 12 game of the ICC World T20 2021. Both teams are struggling as they have lost their first two games of the Super 12 round. Bangladesh was outplayed by Sri Lanka and then by England while the West Indies are barely performing with bat or ball.

The batting unit of the defending champions is completely out of form with only Evin Lewis looking in good touch. They were bundled out for just 55 in their first game against England while they lost to South Africa by 8 wickets.

Their bowling attack is not giving a lot of promise either. Akeal Hosein managed to impress but others looked ineffective. Windies will need an inspirational come back if they are to proceed to the semi-finals, chances of which are very slim.

Bangladesh too has lost both the matches they’ve played in the Super 12 round. Sri Lanka outplayed them in the first game while they lost their last game against England after a disappointing batting performance. They have to play against West Indies, South Africa & Australia and their semi-final chances are not looking bright either.

Jason Holder replaced Obed McCoy who is ruled out of the tournament due to injury. They can also bring in Roston Chase for Lendl Simmons.

Bangladesh can bring in off-spinner Shamim Hossain against the left-hand dominant batting unit of the West Indies.

This match will be played at Sharjah. The pitch here has been quite low but we have seen scores of 170+ twice and Afghanistan also scored 190 on this wicket. The pitch will have a low bounce but it won’t be as slow as it was in the IPL. 160 will be a good score. Teams will look to chase as chasing sides have won 9 out of the last 10 games. 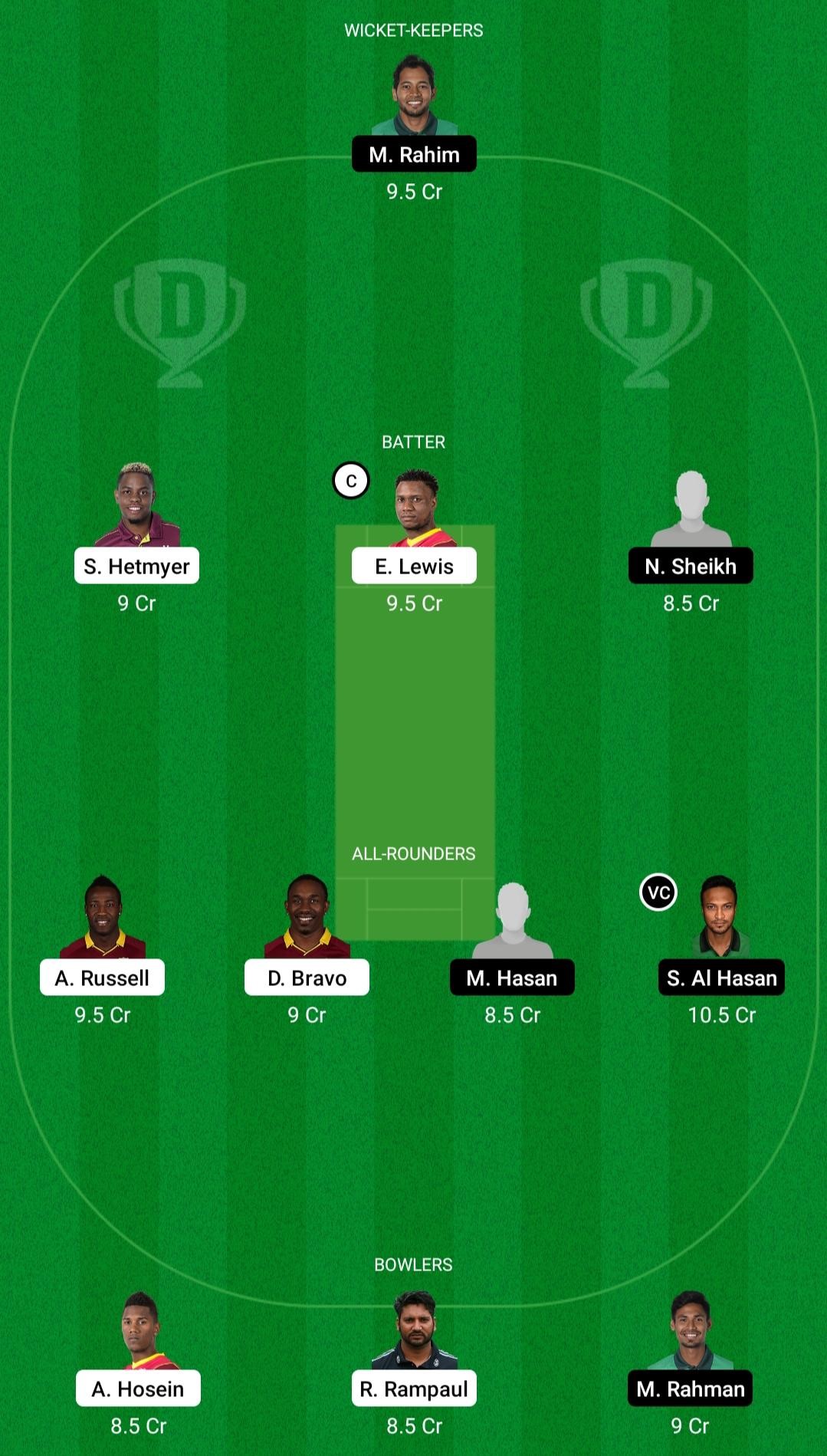 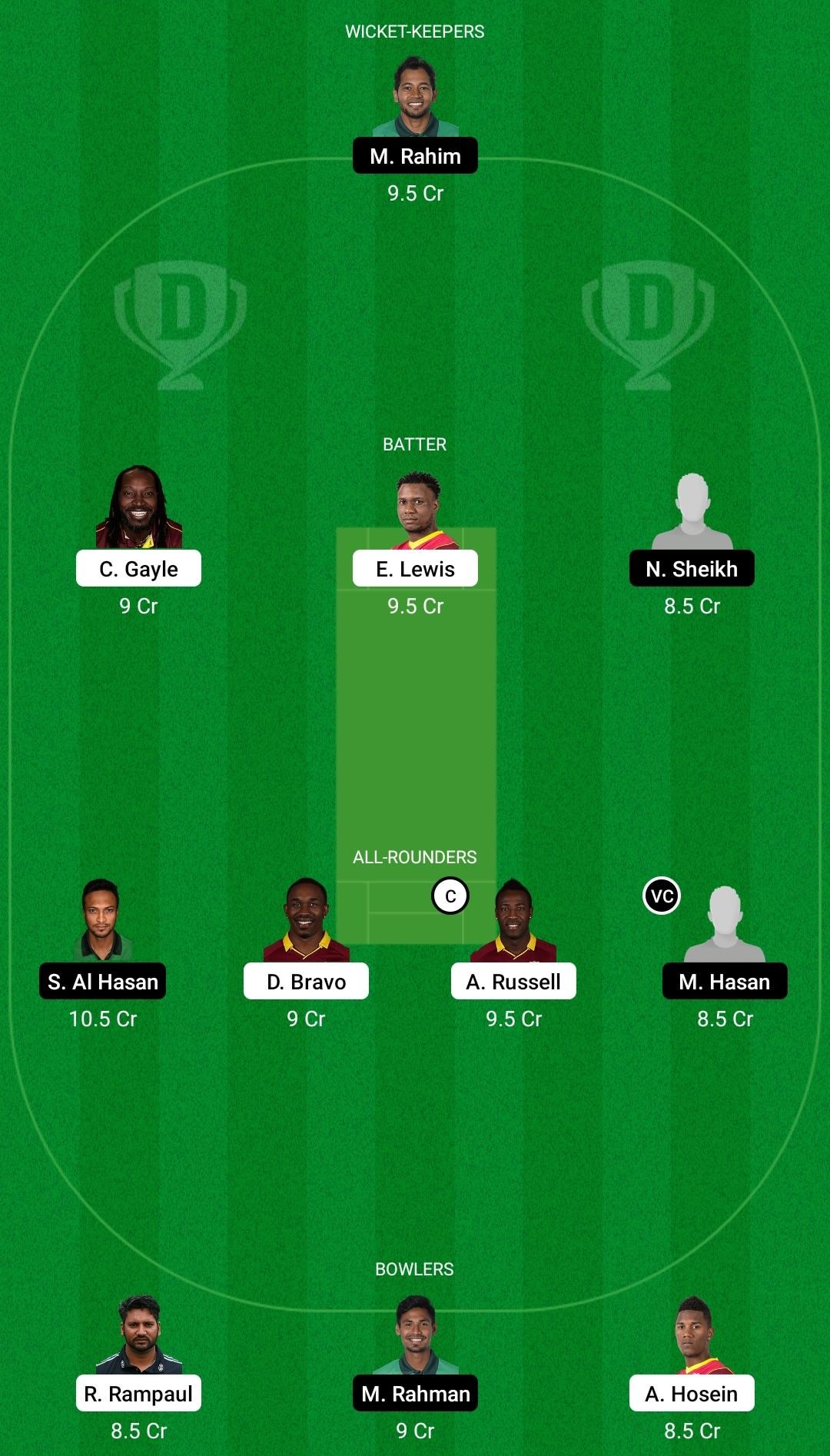