1928-29 Ashes can be called the most iconic series in the history of cricket for a reason different from the ferocity of competition. For one, it saw the debut, drop, and development of the world’s finest-Bradman. 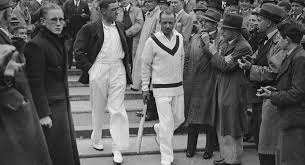 Secondly, it marked the rise of the contagiously talented Wally Hammond.  A self-taught batting prodigy who showed signs of greatness since childhood inevitably started scoring runs in proportion to the talent he possessed after minor setbacks in English county. Both would go on to engage in the most legendary battle for the crown of batsmanship over the next decade or so, with former eventually taking over the throne, courtesy- the intimidation Wally felt by the non-stopping Bradman.

At the Age of just 25 and in his only 3rd series, Hammond became a revolution in the cricket world with his then world record of 905 runs in a series, which still stands second best. Apart from 4-1 win, Hammond’s reign in that series can be seen in the figures of  Jack Ryder who scored 492 runs-most after Hammond. Wally reeled 4 centuries and one-fourth of Team’s runs on that tour making him an instant superstar in the international circuit.

1st Test was quite uneventful for both individuals as England comfortably went on to register a mammoth 675 run win over the Aussies without any contribution from both. In an all-round effort from the Englishmen, Hammond managed only 72. Bradman scored just 19 in this debut match of his and was expectedly dropped from the next Test.

Smashing one of the top 10 maiden ton scores, 251 in the 2nd Test at the SCG was one of the most crucial centuries in Hammond’s Test career(which involves a triple ton too) as it announced him internationally. The flair and timing of the cover drives were royal-to say the least. A definitive stroke-player who had just managed 4 fifties in 12 innings at an average of 39, conveyed to the cricket fraternity that he is here for the long haul and capable of scoring big runs unlike his scratchy start in the FC cricket where he had just started rising in the ranks of the greats-thanks to daunting 1927 season in the county. His Test career never looked back after an easy 8 wicket win over Aussies.

This blitz saw the Englishmen victorious by 3 wickets where Sutcliffe’s ton in the second innings was also crucial with a handy 32 from Hammond.

Winning the urn back from the Aussies which was in their possession from past 17 years must have been euphoric. England probably became as comfortable as one could get, resulting them to witness their closest match in the series so far where they won by just 12 runs. In this 4th Test, Wally became only the fourth batsman to score a century in both innings(119 & 177) of the match--owing to which England merely made it 4-0 by a narrow margin. Call it complacency or Bradman’s enchanted batting, England went on to lose their only match in the 5th Test. I would bet more on complacency given their downward graph in terms of win margin throughout the series.

One of the only 7 batsmen in Test history to have 50,000+ Test runs in FC and with the best Average (56.10) at that, makes him one of the rare gems of cricket. Scalping 732 wickets and a maintaining a position of an astute slip fielder, the name of Wally Hammond was already making rounds in the most competitive county circuit before he established himself internationally. Even though his 1st few years were full of hiccups, his famous innings against Lancashire in 1927 triggered his career into a wider trajectory and earned him respect among the cricket pundits.

Historians often argued about Hammond having better ‘feel’ of the ball on the bat than Bradman. His younger teammate and legend Hutton reportedly preferred to watch “an hour of Hammond over 10 of Bradman”. His contemporaries called him the greatest cover-driver for his sheer timing and panache. One of the better batters for rank-turner pitches, Wally excelled in almost all conditions. Middling the ball was his usual and seamless timing, a routine.

Apart from his aesthetically attractive batting and long list of records, he was arguably one of the best fielders in the slip cordon. 820 catches, 4th most in FC cricket is concrete testament of that. 700+ wickets in FC just shows that he was more than an average pace bowler with classic action and suave. 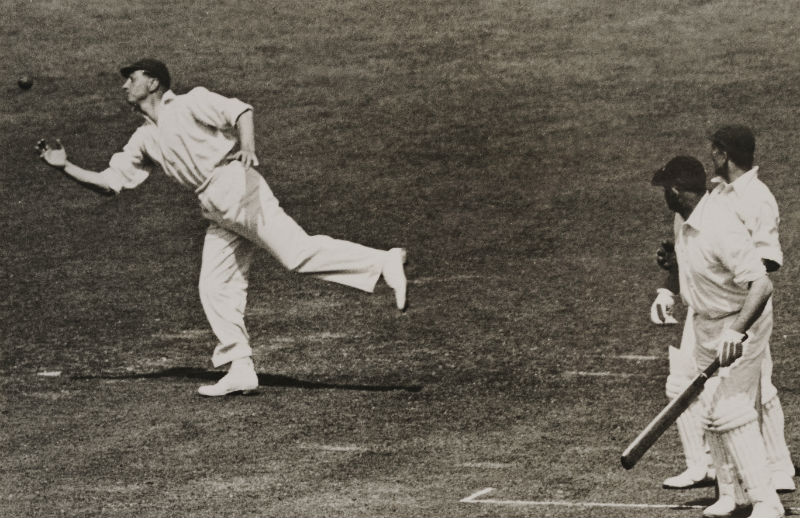 He might not have finished as the 'best' which his start promised but he was king in his own foray of grace with substance. Probably one of the reasons why he was never knighted.

Some of his Records & Achievements in a nutshell:-