Victorious knocks are talked about a lot. Flipping through IPL history, let's take a look at a few of the lone hands played in adversity. 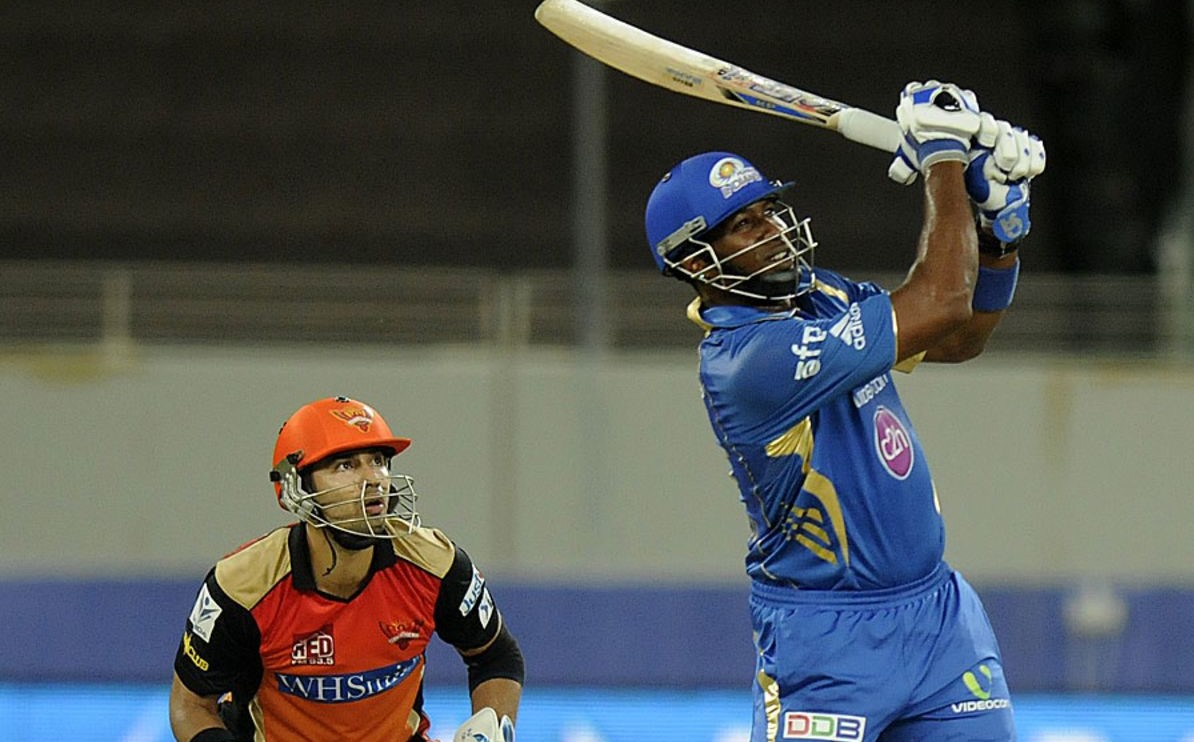 Calculative innings by Warner and KL who struck below 130 would not have been enough but the extras by MI helped them set up a more than a decent target of 173 on the competitive track of Dubai.

MI lost 3 wickets in the powerplay while losing Rohit in the 2nd over. Rayudu & Pollard steadied the ship with a run-a-ball partnership of 30-odd runs before Pollard launched an attack on the leggie-duo of Mishra and Karn from 13th over onwards. Wickets kept falling on the other end while Pollard stayed almost till the end. With 20 needing off the last over, the mighty Caribbean played-on the in-swinging delivery of Irfan Pathan on the very first ball. 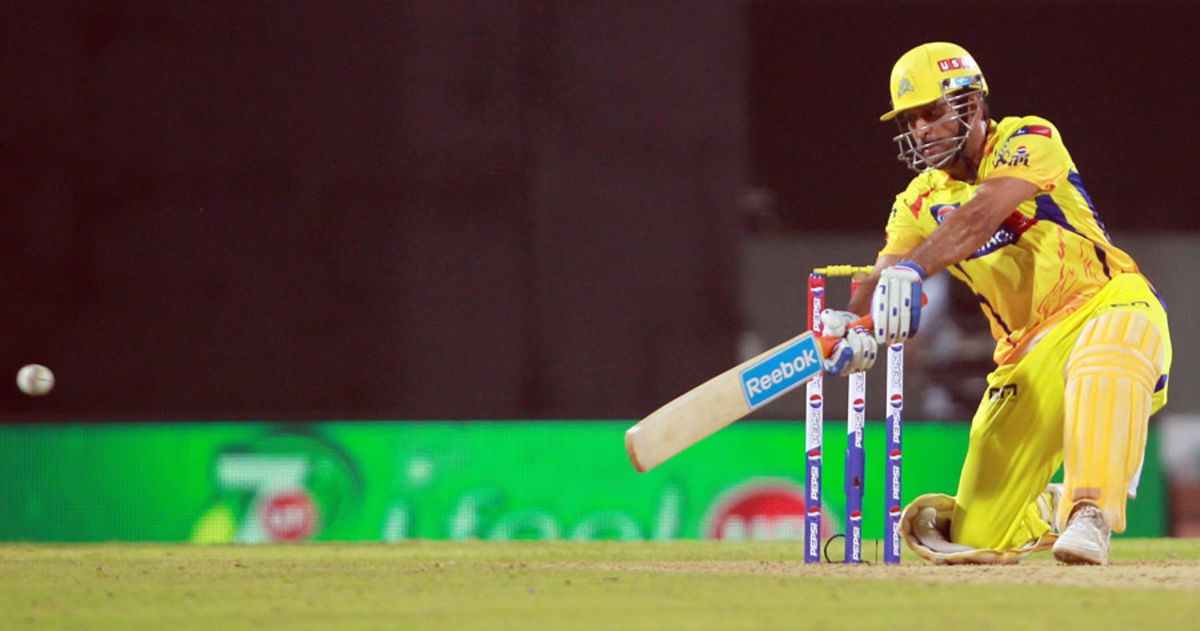 Walking in at 58/4 in the 11th over chasing 149 against the potent attack of Johnson-Munaf-Bhajji-Ojha at home, the chase only got harder as the game progressed.

With no option to rotate strike towards the end in the face of the climbing required rate, Dhoni took his risks impeccably. Taking on almost all the bowlers he raced to a 24-ball fifty with a SIX over deep midwicket off Johnson and matched the blistering knock played by his power-hitting counterpart to resurrect the MI innings.

If not for the acrobatics of Pollard-the catcher and Ponting's exceptional field placement, Dhoni would have gotten those 11 runs off the last over instead of getting plucked at the deep midwicket where he had launched one just 2 balls before.

In every sense this match was a rehearsal for the big Finals of that season:-
-Pollard and Dhoni got a quick 50 and played a lone hand for their teams
-MI had set a target of exactly 149
-MI won both games.

The reason MSD's 63(45) in the Finals is not preferred over this knock is that most of his quick runs came after the game was lost. 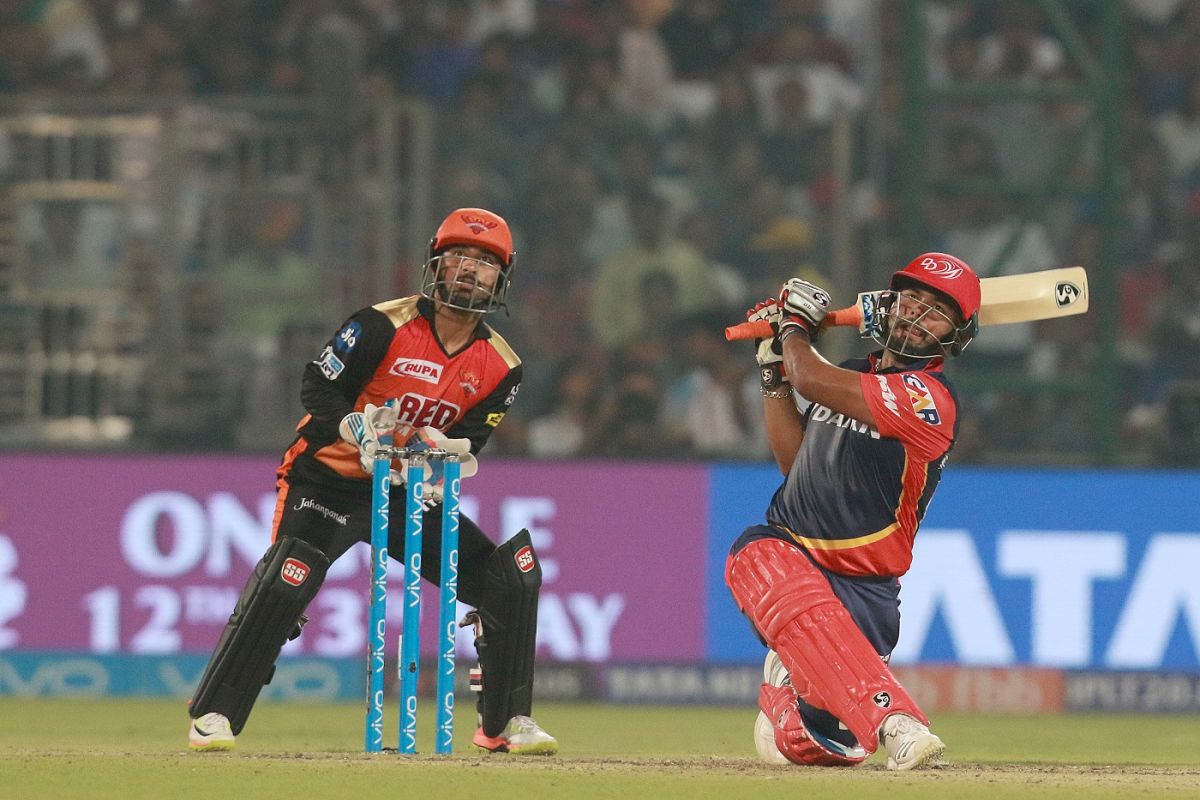 Supposedly a sluggish track where both the captains reckoned 160 would be a match-winning total, Pant walked in after DC lost 2 early wickets.

Scored a steady 36-ball fifty before changing gears against a quality attack comprising Shakib-Rashid-Bhuvi. After reaching his 100, demolished Bhuvi-the premier bowler of the league, for 26 high-octane runs. Dew in the 2nd innings made the batting look easier but all in all, it was one of the most complete innings ever.
Fun Fact: Combined SR of his teammates was below 100 while he struck above 200. 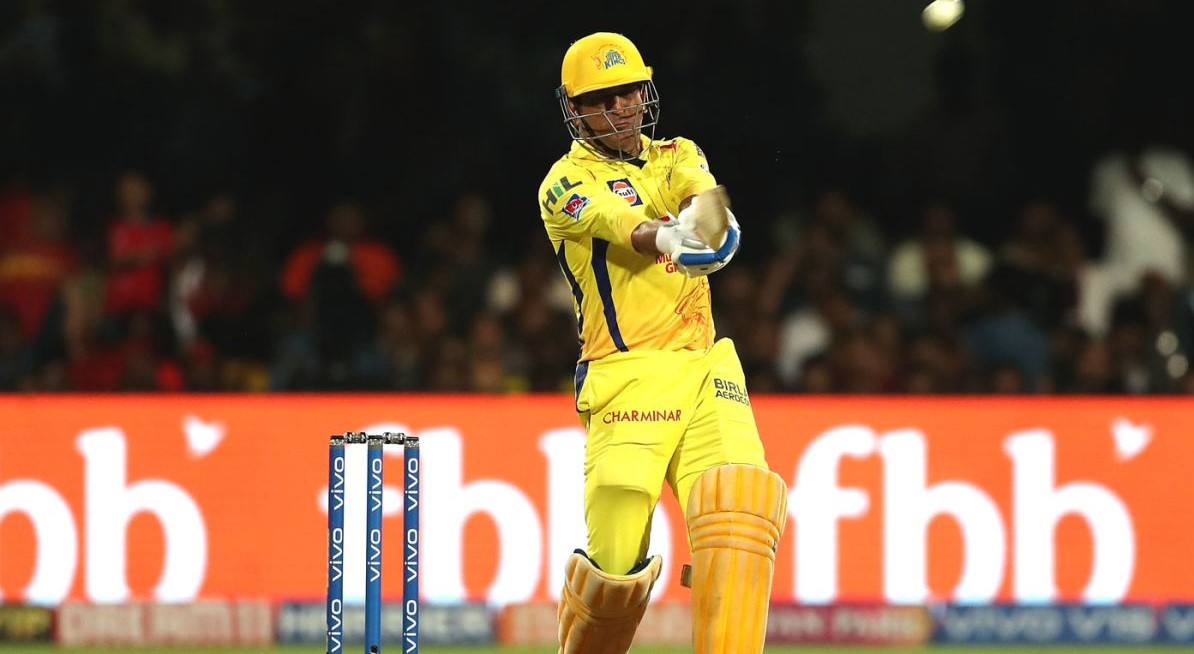 Parthiv's fifty against his former club helped RCB get to 161 at Chinnaswamy which was slower than its true self.

The opening spell of Steyn-Yadav (and that yorker to Raina) fetched 4 wickets in the Powerplay and ensured CSK played with a lot more caution and a lot less acceleration. When others found it tough to have a go, MSD latched on to the bad balls fairly regularly.

With so little support, it came down to 26 needed off the last over. Dhoni smashed Umesh for 4,6,6,2,6 in the first 5 balls. Had he just kept smashing instead of steering the last ball for a double, CSK might not have missed the mark by a run. 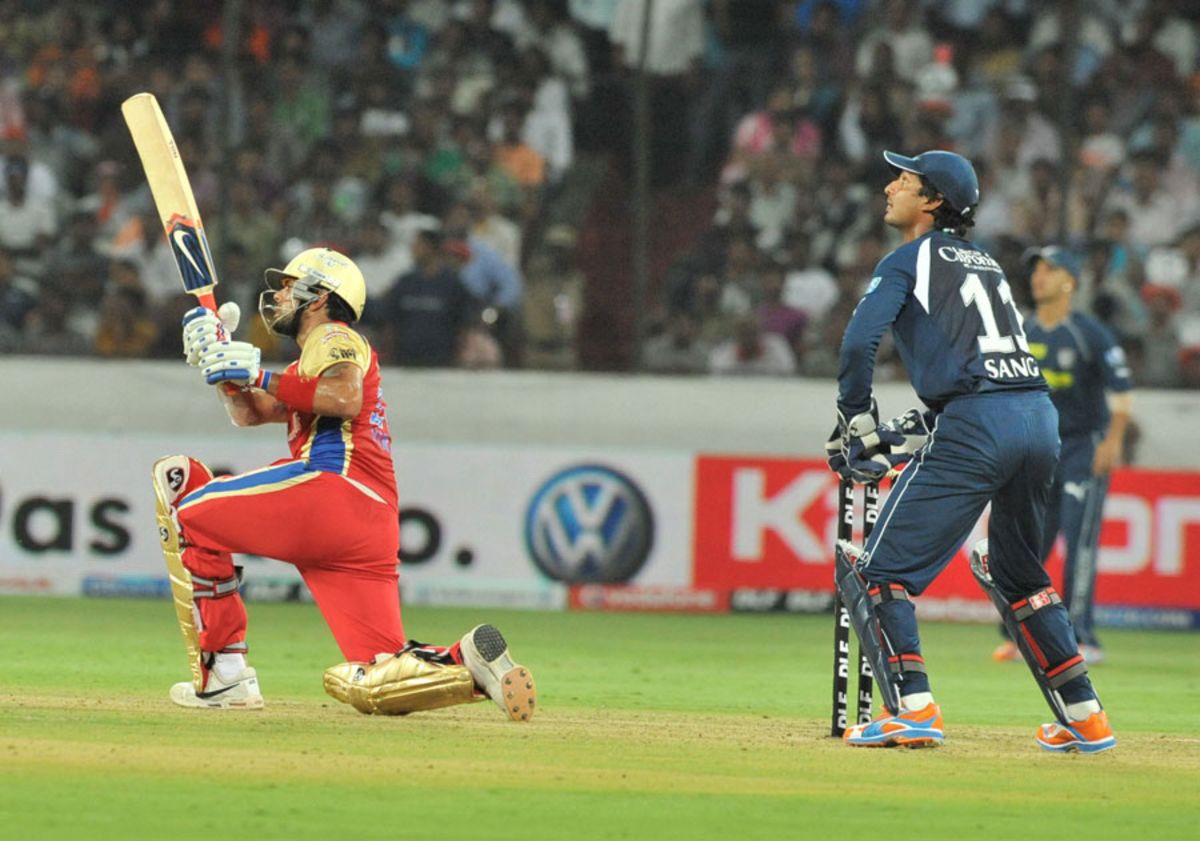 5-56 at the halfway stage of the innings is not a great site for any team chasing 176. Ishant & Steyn were on fire while Gony was on his imperious best with his line. Hyderabad is one of the trickier pitches and a toothless RCB attack had conceded a total far above par.

You can guess the quality of the Deccan attack by the fact that de Villiers registered a 7-ball duck. Kohli kept knocking the ball around amid the fallout with RCB eventually needing 80+from the last 5 overs. Took on Mishra and Gony in pursuit of an improbable target before scoring 53% of the team runs and eventually falling to the latter. Thanks to him RCB landed a respectable finishing score despite 6 batsmen getting dismissed for a single-digit score.

It was a reminder of his 32-ball 50 against the same opponent in 2009 which also came in a losing cause. 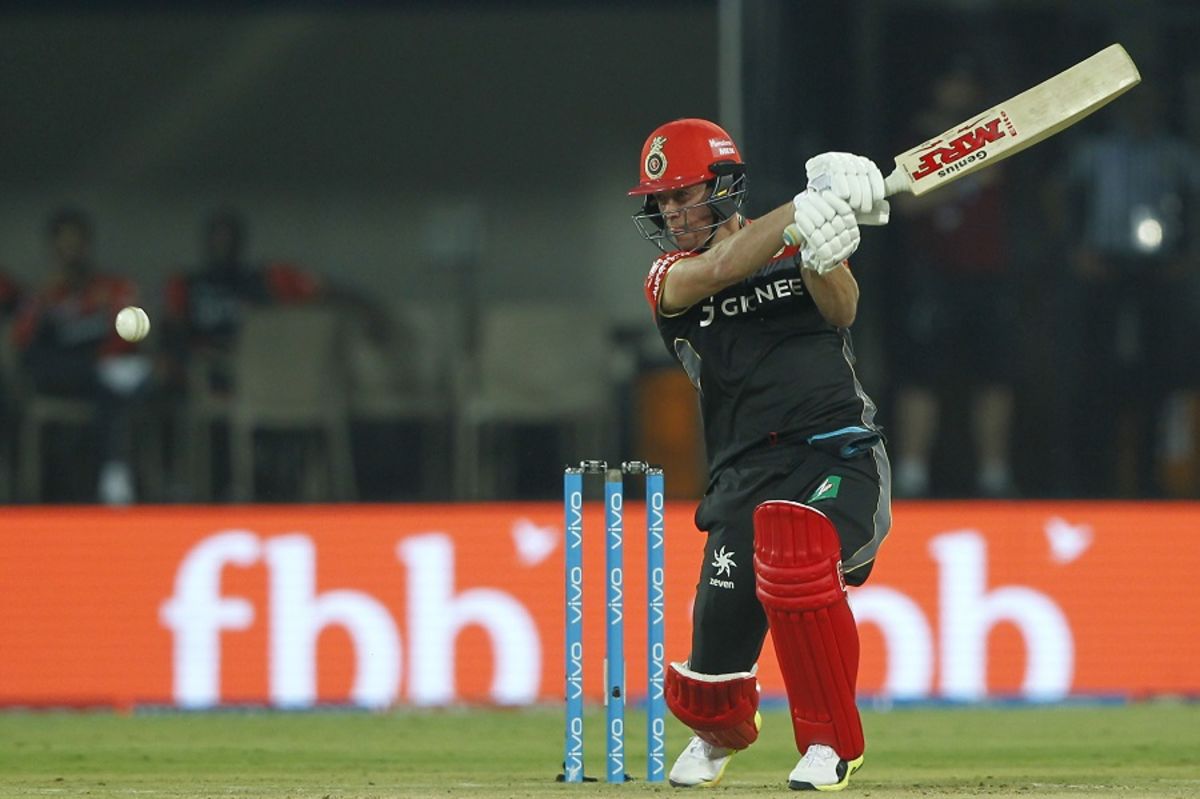 In RCB's dot-galore of Indore, none of the Challengers struck above 90 except for ABD who wrought havoc at SR of 193. A Kohli-less lineup lost Watson in the first over leaving too much for Superman to do.

ABD did deliver but it was negated by the struggling innings of Mandeep 28(34) and Binny 18(20) who never got it going as RCB wound up on a meager 148.
Dew and poor execution with the ball helped Punjab get the paltry target inside 15 overs.

A batsman whose range of shots always showed promise was at his glorious best in this encounter with SRH in their backyard where he made his highest T20 score.

Took on Rashid's googlies from deep within the crease on a tricky pitch and made a spectacle out of it. His contribution got the team to a position where they just needed 15 off 10 while chasing 160 despite absolutely no contribution from the rest of the Kings-the 2nd highest score was 13.

His 66% contribution is the 4th highest in an IPL loss and it came at a soaring SR of 190. 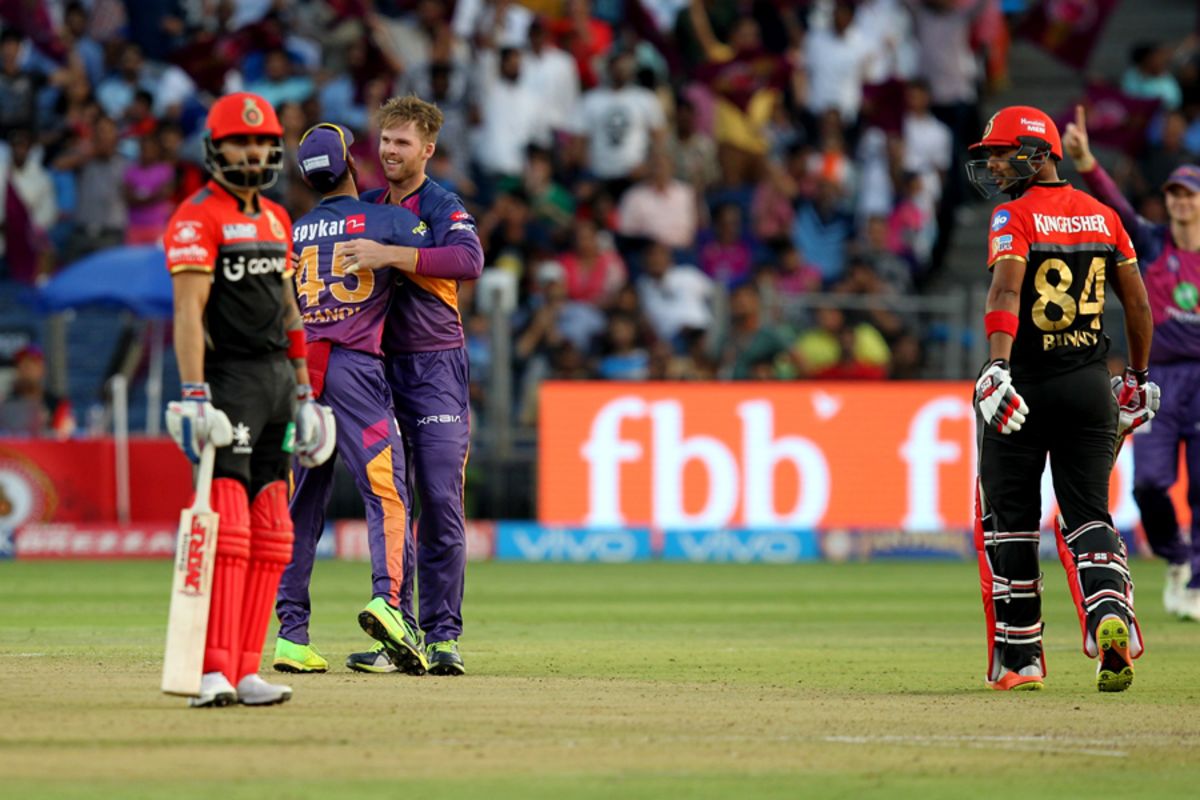 A quick start by Virat reaching 25 off 13 was interrupted by the flurry of wickets which came at regular intervals in the chase of 158 at Pune. This is the ONLY INSTANCE in IPL history where a batsman scored 30+ while no other batsman reached a double-digit score in a completed inning. 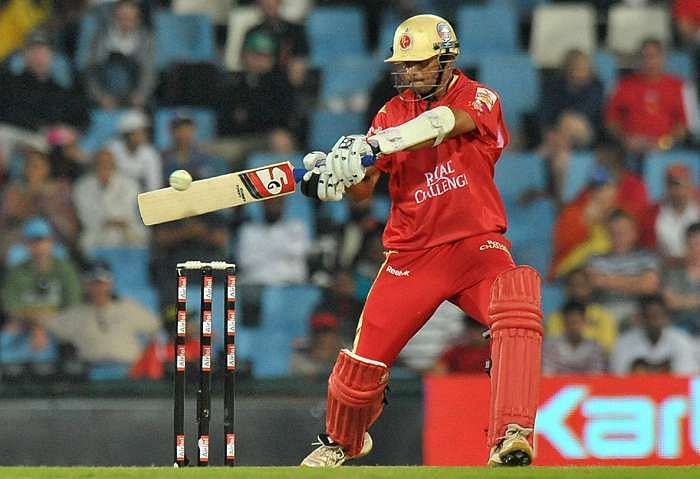 Chasing 198 on the big ground of Jaipur, RCB found itself 5-3 courtesy Sohail Tanvir. In an inning where no other batsman could strike above 100, Rahul Dravid was playing a different game.

The match was already lost by the time Dravid had gotten his eye in, but he was unfazed by the bowling quality of the Royals. Targeted the right bowlers and brought up his 50 in just 25 balls with 3 sixes in an over to Yusuf Pathan.

Except for Dravid's heroics in the middle over, everything had gone wrong for the Challengers that day including the bowling, fielding and majority of the batting. 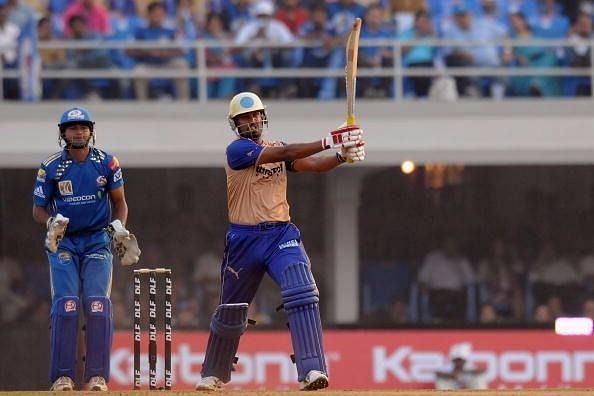 Came in 40/3 in the 7th over while team was scoring at 6 RPO in a chase of 213 against Mumbai in their den. Didn't hurry in and got the feel of the pitch scoring just 15 off his first 14 balls.
Went on to score 85 more off the next 22 deliveries clobbering Sathish, Murtaza, and McLaren like a Champion he was, literally.
If not for the run-out mishap, RR would have pulled off the greatest heist of their time. 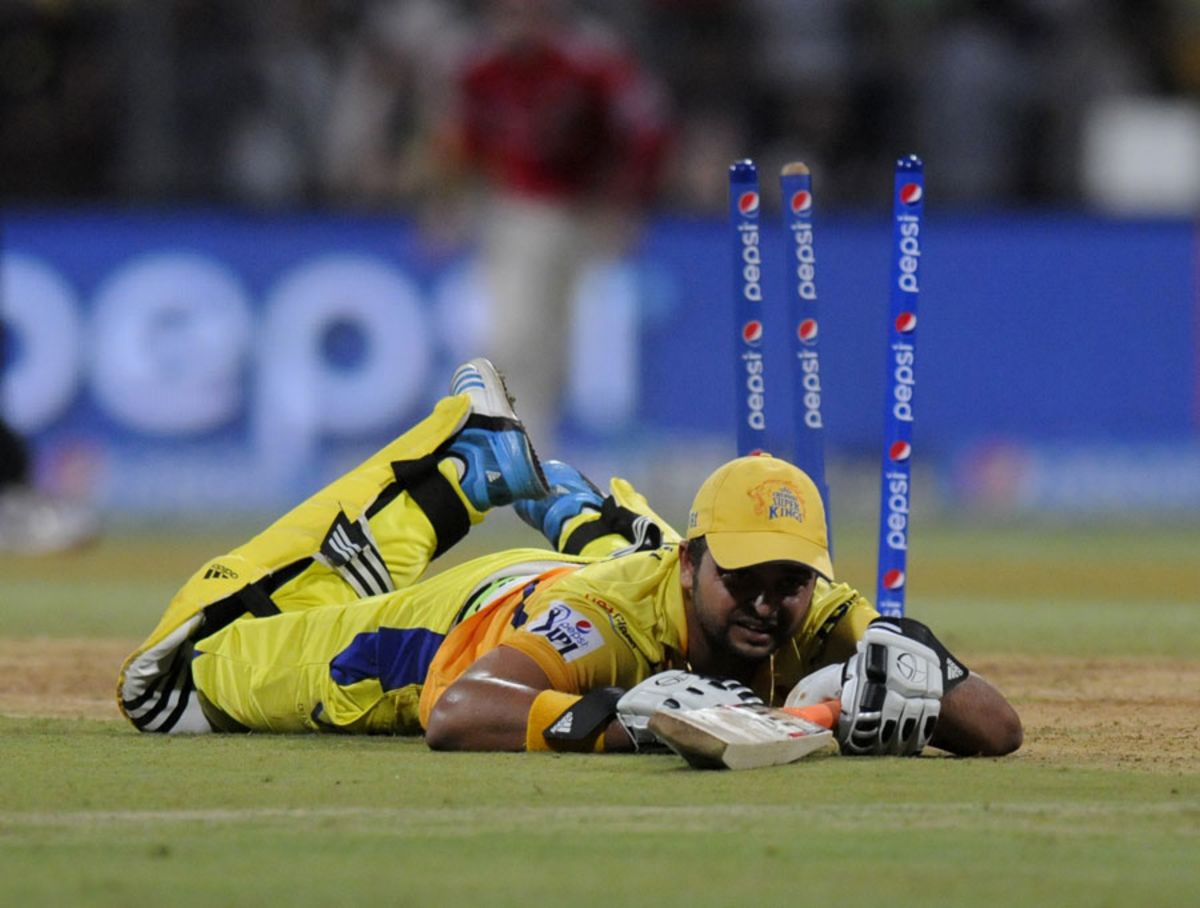 This inning needs no introduction. Walked in at 1-1 in a pressure chase of 227 with as much intent as one can cultivate in a Qualifier. The utter disrespect shown to the pace of Johnson and Awana had the CSK dugout on their feet for most of the 2nd half of his innings. He went after every ball and looked like no bowler would be able to get his wicket. And nobody did.

Mr. IPL became the victim of a running mixup before scoring an 87 so quickly that no other batsman has had a better SR while scoring 50+ till date. Most runs by a batsman in the powerplay, 100 for the team in the powerplay, and 33 off Awana in an over are among many still standing records for the men in yellow created that day.