This was Australia's first visit to Pakistan since 1998. Vice-captain Steve Smith described the pitch as "dead,” as Pakistan piled up 728 runs in both innings for the loss of just four wickets, and one of those was a run out.
Opener Abdullah Shafique registered his maiden test 100 while the comeback man Imam ul Haq scored a ton in each innings. Senior batsman Azhar Ali also managed to get to 3 figures as Pakistan made Australia toil on the field for 2 days. Captain Pat Cummins said the pitch was designed to nullify our pace attack. Australia misread the wicket whereas the hosts were smart to pick 2 frontline spinners.

In return, Australia started their innings with a much better approach than the hosts. They put up a 100 run opening stand at more than 4 runs per over. This brought Pak's approach under scrutiny as they posted only 476 runs after batting for almost 2 days. Nauman Ali ran through the Australian batting lineup collecting 6 wickets on a flacid strip to help Pakistan restrict Australia 17 runs short of their total in the first innings. With 70 overs already lost to rain and bad light, the visitors were in no mood to enforce a result. At one point in the game they were ahead by 200 runs with 40 overs remaining in the day and there was an outside chance to make Aussies bat again.

The Rawalpindi pitch was rated below average and fetched 1 demerit point from the ICC. PCB chief Ramiz Raja was honest in his assessment of the much-criticised Rawalpindi pitch. "I understand fans frustration & a result would have been good but this is a three-match series. We need to remember there is a lot of cricket still to come. Just for the heck of it, we don’t want to prepare a fast & bouncy pitch and play into Australia’s lap". The availability of pacer Hasan Ali will boost Pakistan's chances, while Australia has hinted that Mitch Swepson will make his debut at Karachi. Having missed the first Test through injury, Faheem Ashraf has now been ruled out due to COVID-19.

Pakistan have a strong record at Karachi. They have played 43 tests, won 23 and lost 2. The Australians have never won in Karachi, losing five and drawing three. 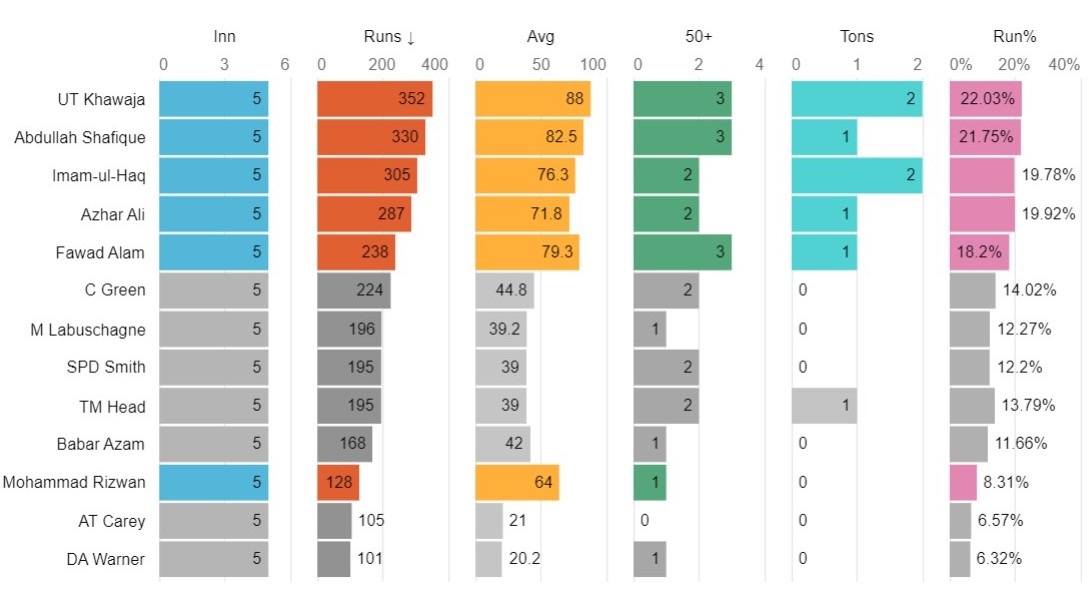 David Warner: Pakistan has always been Warner's favourite opponents. From being a standout performer in the UAE 7 years ago to scoring his maiden triple ton, he has feasted on their bowling attack every single time. His 100 at SCG in one session in 2017 is just an example how he can set the game for his team. 335*, 154, 55, 113, 144, 69 are his last 6 innings against the hosts. He averages a mamoth 104 in 12 innings at an SR of 78.

Marnun Labuschagne: The world no. 1 batsman set his foot outside Australia for the first time since 2019 Ashes where he averaged 50 in 7 innings. His returned with a 90 in his first outing at Rawalpindi. Having made his debut against Pakistan in UAE he managed only 80 odd runs in both tests But he shone with the ball and picked up 7 wickets at an average of 22. He bowled 12 overs in the 1st Test and is expected to roll his arm over more often in the remaining 2 tests. He has scored 437 runs with 2 centuries in last 3 tests against Pakistan.

Fawad Alam: Its a saying that you never write off anyone in sports and Fawad Alam is its perfect example. Out of favour for almost a decade, Alam just didn't knock on the selection door, he kicked it with his consistent FC record. Since his comeback, he has scored 4 tons, all against different opposition with 703 runs while averaging 50. He is the backbone of Pakistan's batting line up at 5.

Imam Ul Haq: Imam became the 10th Pakistan batter to score a century in both innings of a Test. In the first innings, he was involved in a 100-run opening stand with Abdullah Shafique and a double hundred stand with Azhar Ali. In the second innings, both the openers put up an unbeaten 252 run stand. 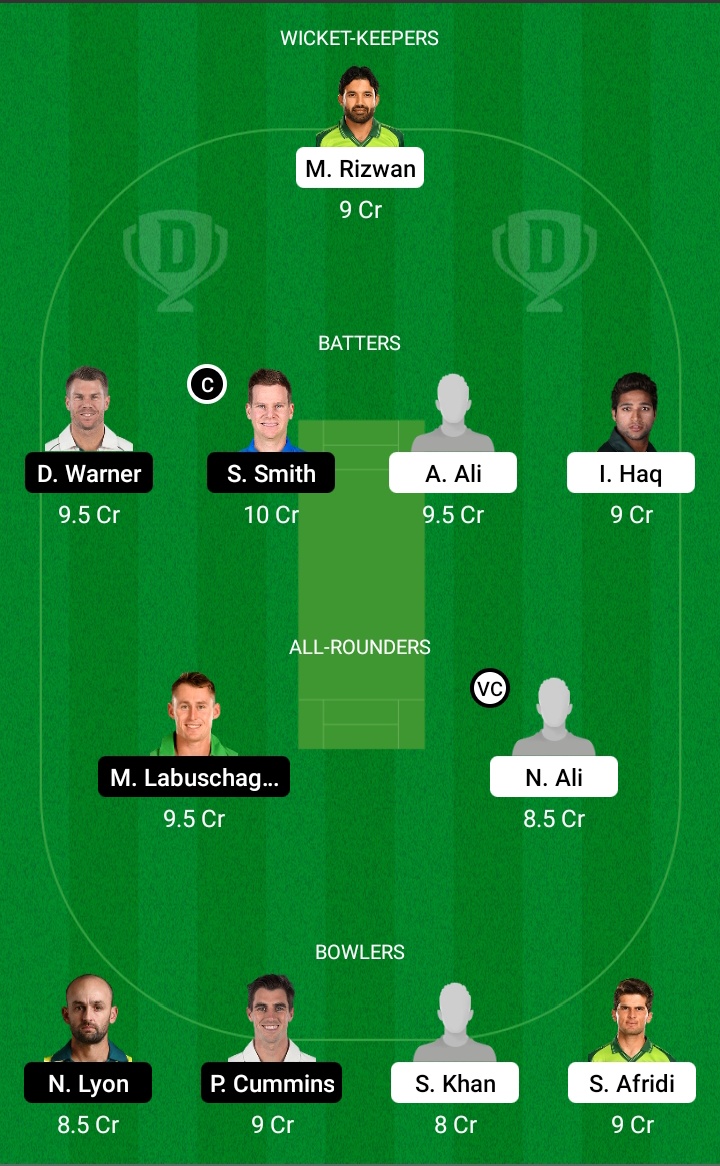