Before the start of the season no one would have imagined the 2 most succesful teams MI & CSK will be the 1st teams to be eliminated from the tournament and would be languishing at the bottom of the table. It has been a dramatic tournamnet for the men in yellow. A new captain was announced, he was removed citing form issues & Dhoni was back at the helm of affairs. But this move at the last minute also proved to be futile as CSK's campaign ended at the hands of their arch rivals in the last game. CSK's batting has been huge issue. A 41 yr old MSD was their top scorer in 2 games, 2021 Orange cap winner Ruturaj has failed to replicate even half of what he did last season. Jadeja had his worst season. The bowling didn't click in the 1st 4 games. They had picked just 1wkt in PP. Things changed drastically after Theekshana's inclusion who has taken 6 wkts in PP (most by a spinner). Chaudhary is 3rd on the list of most wkts in PP by a left arm seamer. CSK were always known for batting deep but this time they don't have the riches lower down the order. There were few games where Pretorious was underutilised as a batter and Jadeja's poor form with the bat hasn't helped their cause either.

A week ago, it looked like Gujarat will end up at the top of the table but there was a twist &  they suffered 2 back to back defeats against Punjab and MI. Their campaign was back on track with a 62 run win over LSG  & became the 1st team to qualify for the playoffs.  The late exploits of Miller, Tewatia and Rashid have till now covered many holes in Gujarat's batting line up. Gill had a long dry run after his back to back knocks of 84 & 96. No 3 is a major concern, though Sudharshan has got few runs, they haven't been enough or have come at a lower strike rate. Hardik's last few innings have contributed very less to the team's total. Meanwhile, Wriddhiman Saha has been the lone bright spot in the top order. He scored 198 runs at a strike rate of almost 140 before the game against LSG which was his 1st failure in many games. Lockie Ferguson in his last 5 innings is averaging 47 at an eco of 9.7 with 4 wkts and was dropped in place of Wade.  GT  should incluse Gurbaz in the 11.  Gurbaz is a hard hitting top order batter from Afghanistan and is a part time wk keeper. He strikes at 150 in t20s and has scored more than 1600 runs. He was impressive on his LPL and BPL debuts.

Ruturaj Gaikwad: The orange cap winner of last season had a 1st half to forget with a strings of low scores but managed to score 2 half centuries and gave a good start to CSK against DC. T20 is an openers game and its always a safe bet to bank on openers irrespective of their form and consistency

Rashid Khan: It was about time for Rashid to show what he is capable to do with the bat. He was the stand in captain in the game against CSK and displayed his batting prowess while chasing and scored 40 off 21 balls. He again did what he has been doing in leagues like BBL and PSL all these years and smashed 31 of 11 deliveries to take GT to a memorable victory against SRH.  15 wkts at an eco of 6.8 are his stats in this season. Rashid has never finished a season with an eco of greater than 7.

Hardik Pandya: India's best all rounder had an outing to forget last year. Due to Injuries, Hardik has not been bowling and subsequently lost his place in the national side for these 2 reasons. This IPL is a great opportunity for him to win the trust back of the selectors and make a strong statement ahead of the t20 wc. In 2019 and 2020, Hardik scored the most runs in the death overs. He smashed 463 runs at a SR of 221 with 39 sixes. He started amazingly well  this season both with the bat and the ball but has not been the same in last 4-5 outings. He has Scored 343 runs which includes 3 50+ scores.

Shubhman Gill: He registered big scores like 84 & 96 at the start of the season but failed to sustain his form. He was the MoM in the last game where the opposition managed to put just 14 more runs than him

Mahesh Theekshana: He has the most wkts by a spinner in PP in this year's IPL

Mukesh Chaudhary: 16 wkts in 11 games, 2nd most by an uncapped fast bowler after Umran Malik. 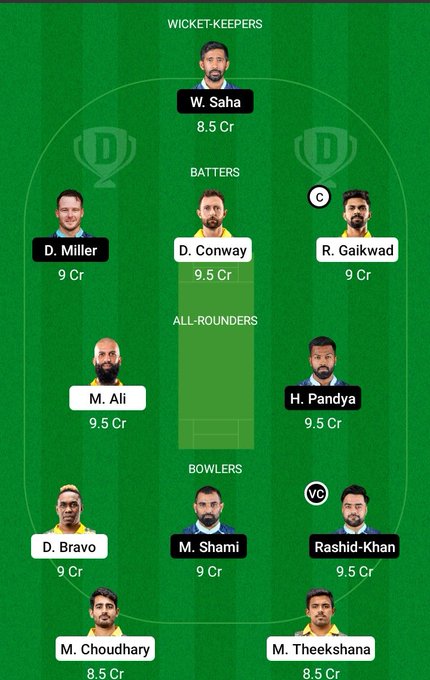 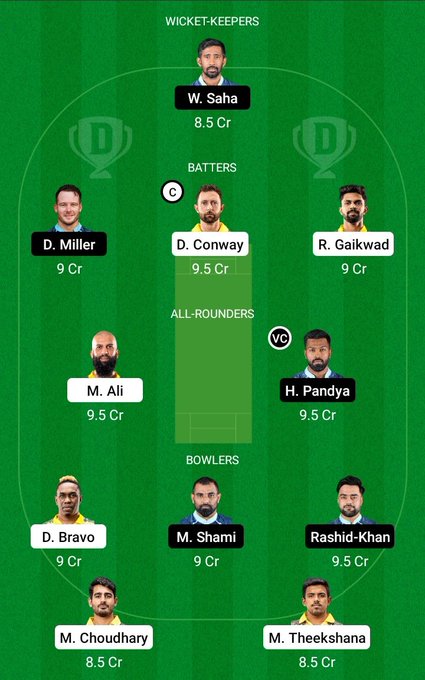