Before the start of the season, no one would have imagined the 2 most succesful teams MI & CSK will be the 1st teams to be eliminated from the tournament and would be languishing at the bottom of the table. It has been a dramatic tournamnet for the men in yellow. Despite the announcement of a new captain, he was deactivated due to form issues & was replaced by Dhoni. This move at the last minute came to naught when CSK's campaign ended at the hands of MI and they are on the verge of finishing 10th. CSK's batting has been a major concern. In 2 games, MSD, is their top scorer, while 2021 Orange cap winner Ruturaj has had a disastrous first half. With the bat, Jadeja, who had the best no. at the death in 2020 & 2021, had a terrible season. The bowling didn't click in the 1st 4 games. They had picked just 1wkt in PP. Things changed drastically after Theekshana's inclusion who has taken 6 wkts in PP (most by a spinner). Chaudhary is 3rd on the list of most wkts in PP by a left arm seamer. CSK were always known for batting deep but this time they don't have the riches lower down the order. There were few games where Pretorious was underutilised as a batter and Jadeja's poor form with the bat hasn't helped their cause either.

The equation for RR is simple. Win the match and finish at 2 in the points table as they have a better NRR than LSG.  Buttler's drop in form was inevitable and expecting the same from him for the duration of the league stage is foolish. There has been an encouraging development for RR in the last few innings when Jaiswal or Padikkal have each contributed. Padikkal has scored 215 runs in middle overs at s SR of 149. RR will be boosted by the inclusion of Shimron Hetmyer who was on a paternity leave.

25 IPL games have been played at Brabourne.
Teams batting 1st have won  14/25 games.

Jos Buttler: Since 2018, Butler strikes at 143 in the Powerplay at an average of 51  with 931 runs. Regarded as one of the most dangerous white ball batters in the world, he had a brilliant t20 wc where he scored a scintillating 100 against SL on a slow Sharjah Pitch and carried his form in the IPL where he scored another 100 in his 2nd game of the season, a 70 odd in the game vs RCB and a quickfire 50 in the powerplay against GT, and another 2 100s against KKR & DC. He is now the orange cap holder with 627 runs and has hit 37 sixes.

Yuzvendra Chahal: He is the joint highest wk taker along with his ex teammate Hasaranga and has taken 24 wkts at an eco of  7.8. The spin duo of Ashwin & Chahal have been RR's biggest strength in the middle overs. Chahal has taken 18 wkts in the middle overs . RR have been using him wisely by bowling his 2 overs after the 14th over. He bowled brilliantly in the 18th over of  few games

Matheesha Pathirana: The fast bowling teenage sensation from Sri Lanka etched his name in the record books by taking a wkt of his 1st delivery in the IPL. 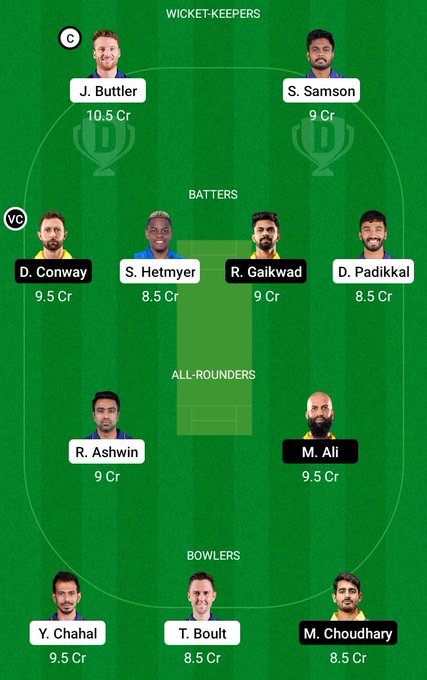 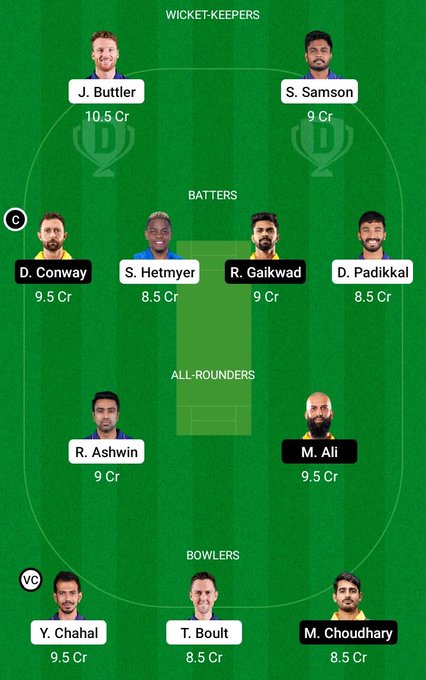