With hardly any surprise India's UK tour has started on a positive note by defeating Ireland by 6 wkts in a rain curtailed match. Bhuvaneshwar Kumar gave India a good start by picking a wkt in his very 1st over. He now has the most t20i wkts in PP (34) and also holds the same record in IPL. He has taken 10 wkts in PP this year and is just 3 wkts behind Bumrah's overall tally to become India's leading wk taker in the format. Hardik Pandya got the big fish in Paul Stirling and Yuzvendra Chahal put brakes in the middle overs by conceding just 11 runs in his 3 overs. India's camp had an injury scare as Ruturaj Gaikwad did not open and he may be doubtful for the 2nd t20i as well. This opens up a great opportunity for Samson as India's white ball squad for Eng series is set to be announced in next 48 hours.

Ireland have some exciting names. Paul Stirling, Curtis Camphor, Josh Little, Andy Balbarine, Gareth Delany. They have grown leaps and bounds as a LOI unit but haven't translated that success in t20is as they have done it in ODIs. In the past 2 years, they have won an ODI in Eng, Drew 1-1 against SA and won 2-1 against WI earlier this year. In t20is, they were out of super 12 stage in WC, later lost to USA and UAE.

Curtis Camphor is a fine all rounder, he his best remembered for his feat of taking 4 wkts in 4 balls against NED in the t20 wc. He is a former  SA U 19 player. Mark Adair is a tall seam bowler, he has taken 59 wkts at an impressive economy of 7.07 and he is the 2nd quickest player to 50 t20i wickets. Craig Young is an another exciting bowler. He completed 50 t20i wkts by dismissing Ishan and SKY on back to back deliveries. Ireland have a big season ahead of them with series against Ind, NZ, SA and Afg. Harry tector was a lone bright spot in Ireland's line up last game as he cracked a well made 64 and gave their bowlers something to defend.

Ishan Kishan: He has the most runs for an Indian opener in first ten t20i innings (375) and scored over 80 runs against Nortje in the format with over 200 SR. So far he has shown a good intent in 3/4 games compared to the underwhelming IPL season he had. He has the most runs in PP for India in 2022.

Hardik Pandya : India's best all rounder had an outing to forget last year in IPL. Due to Injuries, Hardik had not been bowling and subsequently lost his place in the national side for these 2 reasons. This IPL was a great opportunity for him to win the trust back of the selectors and make a strong statement ahead of the t20 wc. He led from the front both with the bat and the ball in this season. He is the 4th highest run scorer in this season with 487 runs and has most 30+ scores ( 8). Did a brilliant job with the ball in the final and in few league games in Powerplay phase. In 1st t20i against SA, he scored 31(12)* coming into bat in the 17th over. This is the 3rd time he has scored over 30 at more than 250 SR in t20is. In the 3rd game, he again chipped in with a 30 to take India towards a fighting total and repeated a similar performance by scoring a 40 odd when Ind were struggling at 90-5 at one stage.

Paul Stirling: According to the Cricviz Analyst, since the start of 2015, he strikes at 148 in the Powerplay. There have been more than 200 players to face 450+ Powerplay deliveries in that time and Stirling’s strike rate is the 17th highest. He has reached fifty 8 times in the Powerplay in T20s, which is most by a batter after Chris Gayle (10) and David Warner (9). In a T20I against West Indies, Stirling’s 67 is the highest individual score in the Powerplay in the history of T20 Internationals.  Having made his debut in 2008, Stirling has a stellar record in the T20 format with 6751 runs at an SR of 143. He is also a handy off-spin bowler with 74 wickets to his name in the format. Another area which puts Stirling ahead is his ability to play spin. In all T20s and T20Is, he has scored 381 runs against right arm leg break at an impressive SR of 156. And against left arm orthodox, he strikes at 139.6 with 922 runs.

Josh Little: CSK had signed Ireland bowler Josh Little as their net bowler for IPL 2022. He is excellent with the new ball and in the end overs. He has taken 34 wickets in 31 T20 Internationals.

Dinesh Karthik continued from where he left in the IPL and has produced 3 cameos in the end overs including a man of the match in the last game. in 23 t20i innings batting at 5 or below, he has 7 30+ scores.

Gareth Delany - "It'd be a cool experience to bowl to Suryakumar Yadav. He's an incredibly talented batter who can play 360 degrees and mix between power and finesse. Bhuvneshwar Kumar is one of the world's best new-ball bowlers in T20 and has a very low economy rate for T20 cricket, so it would be a good challenge to go against someone of his caliber"

Andy Balbarine - "Nowadays, any Indian team you're going to play is a good team. It kind of shows the depth of Indian cricket that they can put out two teams, You know we couldn't do that - there's no way we could put out a Test team and a T20 team at the same time, we just don't have the numbers for that" 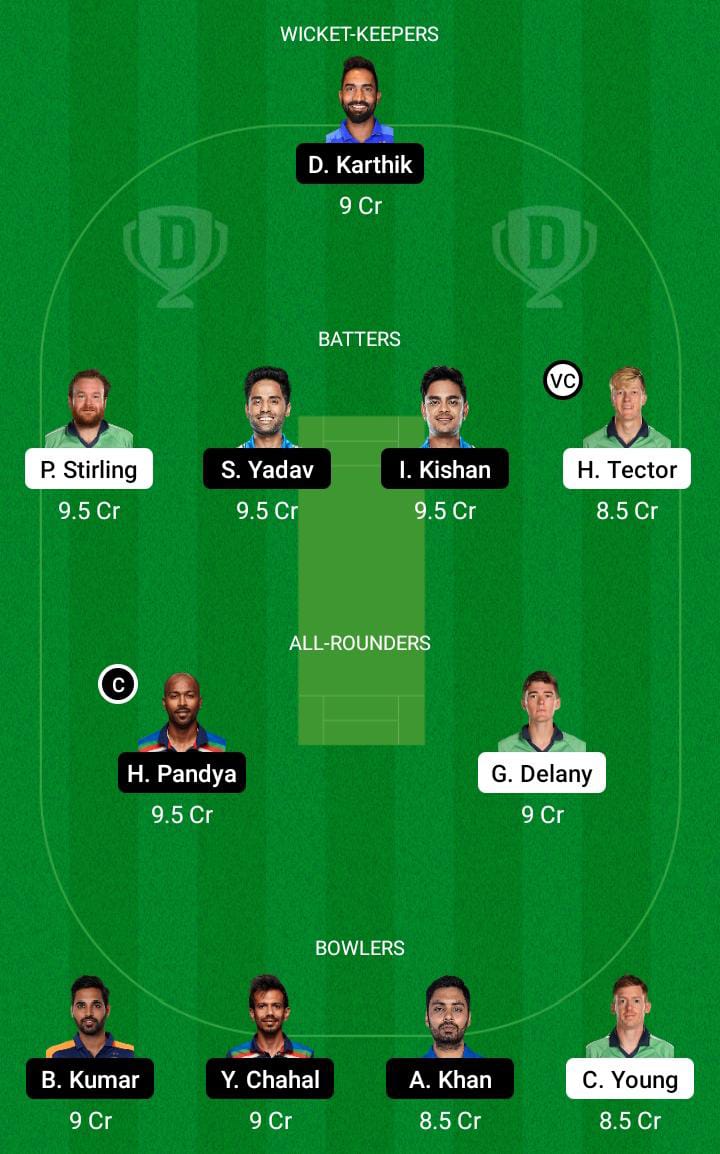 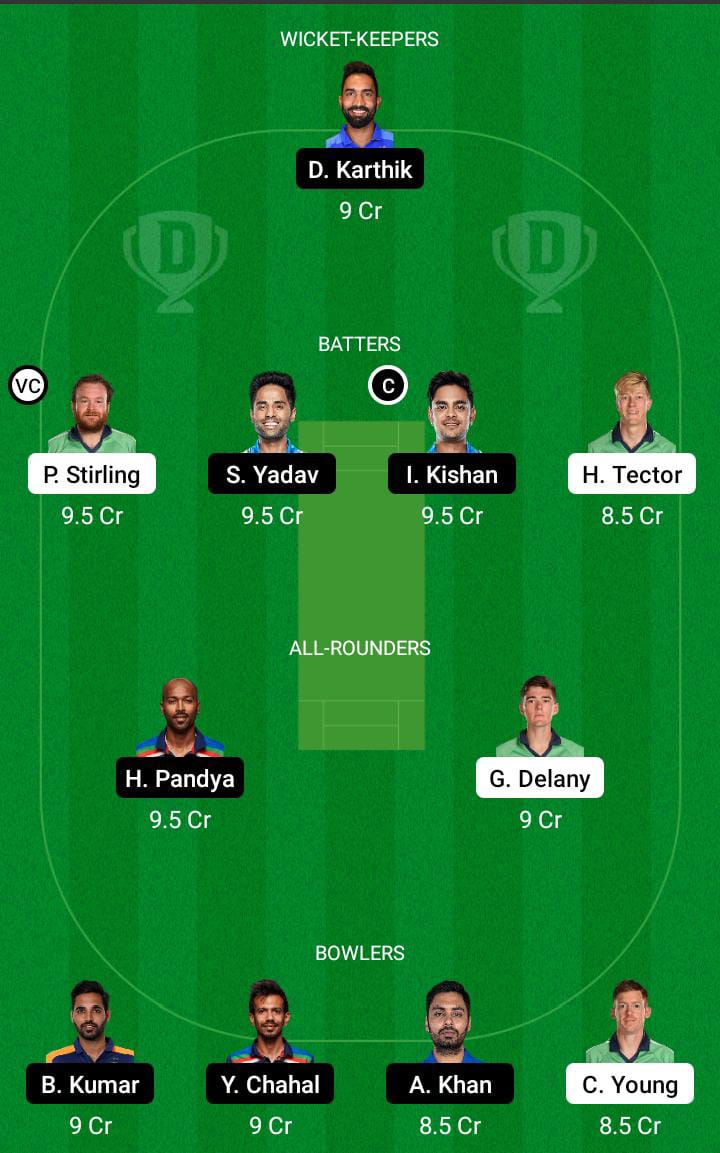