The Year of Joe Root 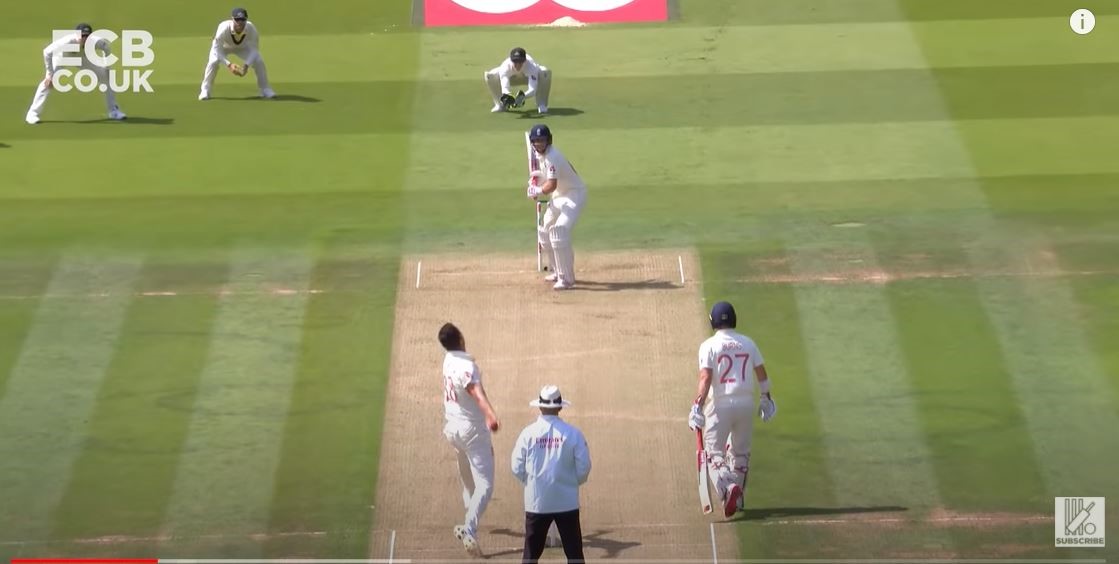 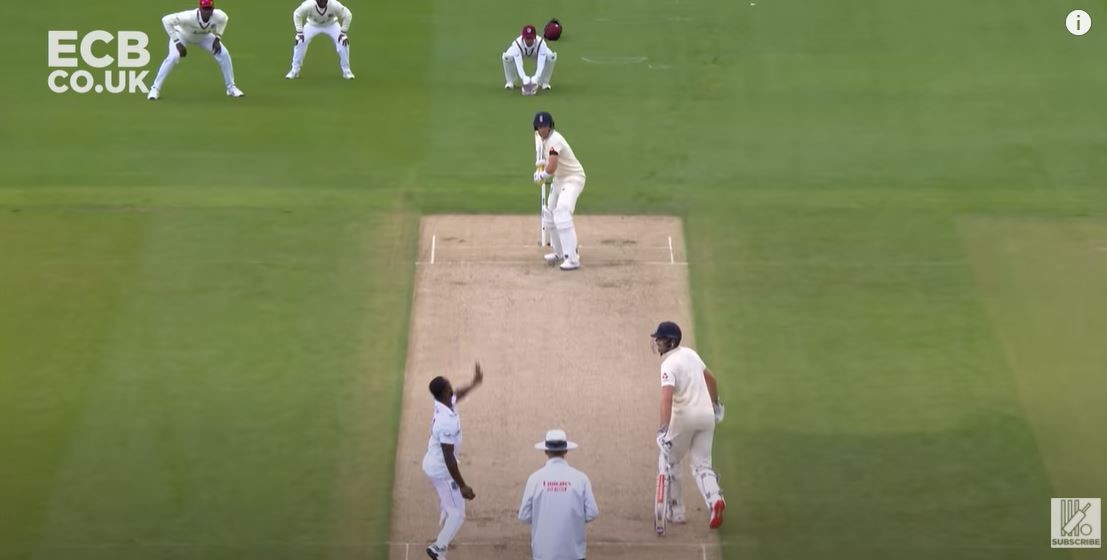 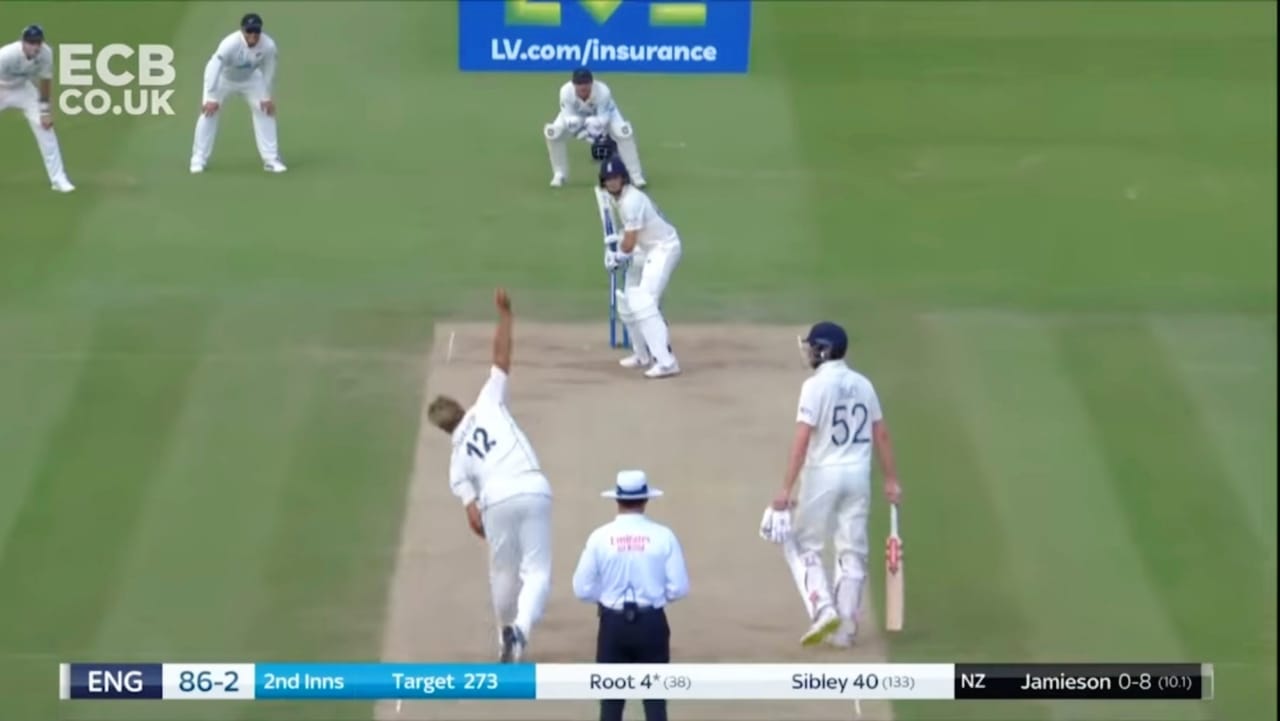 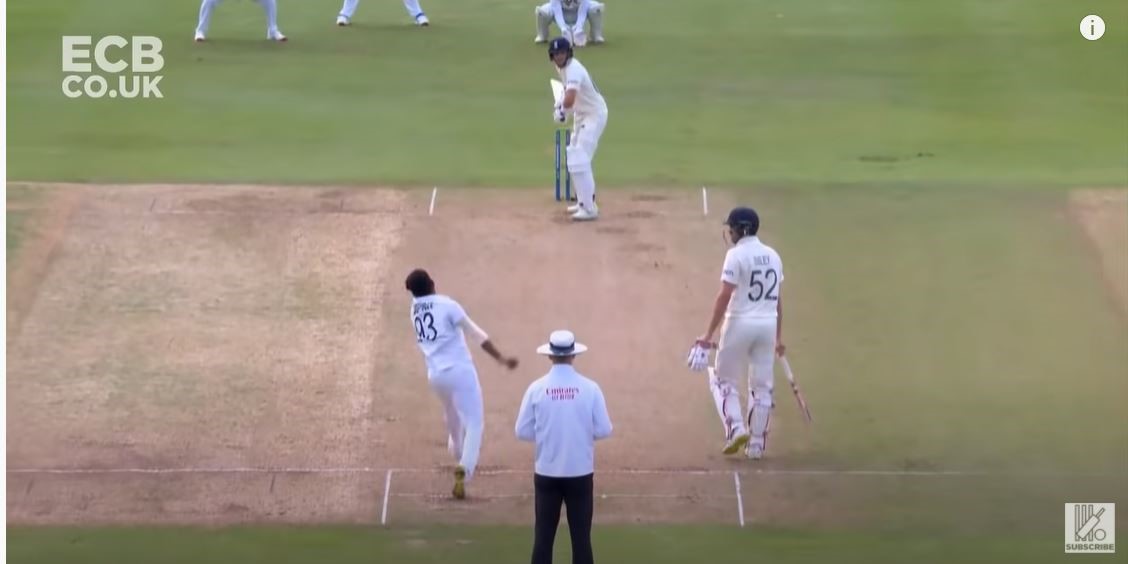 The Joe Root before India series 2021 had a trigger that would end up with him covering all his stumps with a stance that was a bit open chested.

The Joe Root in 2021 India series has a trigger that ends up with the off stump and a bit of middle stump still visible and a more closed up stance. He just goes back and not across.

This not only makes him less of an LBW candidate but also allows him to sometimes stay legside of the ball and play it very late under his eyes (a la Kane Williamson), thus opening up more areas to score runs. All these adjustments are important against pace. He has always been a very good player of spin. Now it has been the Joe Root of old who scores big runs and scores them at a quick rate which deflates the opposition bowlers and has the opposition captain holding his head searching for areas to place fielders to plug the leakage of runs.

This purple patch was a long time coming considering that he had a terrible run with the bat for 3 years before that, that is, from 2018 to 2020, so much so that his average which was 52 towards the end of 2017 dipped to 48. He has already scored 1544 runs in 2021 after the conclusion of the 1st Ashes test which is 68 percent of the runs that he scored in 2018-2020. That alone is an indicator of the magnificent run he has had.

During Root’s poor run with the bat, the rest of the English batting lineup has had a torrid run as well. Because, despite his poor form, Root’s average of 39.70 from 33 innings was the 2nd best after Ben Stokes who averaged 40.79 from 28 innings during that period. Zack Crawley averaged 48.41 but he played only 12 innings while Ben Foakes averaged 41.5 from just 10 innings. While batting has been tough in test cricket, the techniques and lack of application of the English batters have made it look even worse.

The stats look even more lopsided during Root’s return to form in 2021. While he has scored 1544 runs, the next highest run getter is Rory Burns with 492 runs. To say he has been the back bone of the batting lineup would be an understatement. (Zack Crawley averaged 11 and Ben Foakes who played 3 tests slipped on socks and hasn’t played since)

Only Sir Vivian Richards in 1976 scored higher percentage of team runs in a calendar year than Root this year-26.5%

Root has already played 202 test innings. That is a lot. More than anyone in the Fab Four. Virat Kohli has played 164 innings, Kane Williamson has played 150 innings and Steve Smith has played 140 innings (also considering that Smith lost a year of his career to ball tampering scandal). Kohli debuted a year before Root, Williamson and Smith debuted in 2010, 2 years before Root’s test debut and he still managed to play a lot more tests than them.

While Williamson (130 Innings) and Kohli (121 innings) have played almost their entire career at 3 and 4 respectively. Root and Smith have shunted up and down the order,

Smith made his test debut batting at Number 8 and 9. He was even labelled as a replacement for Shane Warne (though Smith averages 56 in First class cricket), before he decided to completely concentrate on his batting and turned into one of the World’s greatest test batters. The shift in his batting order is understandable. But England were never quite sure of Root’s batting position, who was seen as a future batting star even when he made his debut.

Root, with 9,367 runs, is now 2nd highest run getter in test cricket for England behind Sir Alastair Cook who has 12,472 runs to his name. Considering that he is only 30 years old and England on an average play atleast 12 tests per year since his debut, he has lots of innings to score all those runs and more and even if he has another dip in form, he will probably surpass Cook’s record in next 3-4 years.

Currently Root is preparing for the 2nd Ashes test in Australia, a place where he hasn’t done as well as he would have liked. During 2013-14 Ashes, when Mitchell Johnson terrorized the English batters, he averaged 27.42 from 4 tests before being dropped for the 5th test. He even feared that he might not play for England again. When he returned as captain in 2017, he did better than the last time, scoring 5 half centuries but it was a series that was a high scoring one, especially at MCG, where Alastair Cook batted forever to pile up a mammoth 244 on an unbelievably flat deck. Ideally, Root should have converted atleast couple of his fifties into daddy hundreds.

While he must have been be itching to get a head start in his third attempt, Josh Hazlewood bowled an absolute peach to get him out for a duck in the very first innings of the series. In the 2nd innings though, normal services resumed with the scoreboard ticking over quickly as England tried to fightback through him and Dawid Malan. When he ended the day on 86 not out, it seemed like the wait for his maiden 100 would be over but Cameron Green nicked him off for 89 in the next morning. And the rest of the English lineup decided to continue what they had been doing best- collapse yet again and surrender a 1-0 lead to Australia.

In the remaining 4 test matches of the series, his hurdle will be once again Pat Cummins who has dismissed him 7 times from 26 innings along with Josh Hazlewood who has had the better of him 8 times from 21 innings, though Hazlewood has been ruled out of the 2nd test due to injury.

The wait for a 100 in Australia continues.

But its 2021. The year of Joe Root. The best year for him to end this drought.