The India–Pakistan cricket rivalry is one of the most intense sports rivalries in the world.  The players of both teams are under intense pressure to win and face extreme reactions in defeat. Through the 1980s and 1990s, the UAE desert was the site of cricket rivalry between the teams in Sharjah. On Sunday, this epic rivalry is set to resume again in the Super 4s of Asia Cup. India had  some scores to settle as they were humbled in the last encounter in the t20 wc on the same ground. After a long time we witnessed a Classic Ind - Pak match which had all the flavours and went down to the wire. Hardik Pandya emerged as a hero and Ind defeated Pak by 5 wkts in a last over thriller.

Besides their batting, Pakistan made several blunders in the field, and things got even worse when their pacers Naseem and Rauf were out with cramps. They had a great opportunity to bowl 2 overs of Nawaz in Powerplay against Rohit and Virat. In the last 3 IPL seasons the SR's of Rohit and Virat are 100 and 94 respectively against left arm orthodox bowlers in the Powerplay. Pakistan conceded 9 wides and to add salt to injury they were penalized with just 4 fielders outside the 30 yard circle in the final overs.

Opening partnership is a major concern for Pak. Babar and Rizwan's SR in PP in t20is are 118 and 116 respectively. Even in the last wt20 the pair failed to put up 50 runs in PP even once. Fakhar Zaman is a natural opener and he likes to utilize the PP. There were reports before the last game Pakistan could make 1 change and play Haider Ali at 4. There have been fitness concerns among almost all bowlers for a while. The latest casualty is Shahnawaz Dahani. Shaheen is still not a sureity for the wc, Md Wasim Jnr is out of the tournamnet. Naseem and Rauf are struggling since the NED series. This could open up an opporunity for Hasnain and Hasan Ali in the 11.

Just like Pakistan, India too have been marred by injuries. Jadeja is out of the tournament and might even miss the WT20 due to a recurring injury. There have been reports of Avesh being unwell and we might see Ashwin in the 11. For the 2 games in a row, India have been slow starters in the 1st half of the game and it received wide spread criticism from all corners. It is a concern that KLR struggled to score runs against Hong Kong, but it may be because he is returning from an injury break and will score runs with more and more match experience.

Hardik Pandya: Since his return from the injury, he has put a brilliant case for being one of the finest all rounders in the t20 format. With captaincy and leading his IPL team to a title victory he has emerged as a more mature player. 487 runs in 2022 IPL and Man of the match performance in the final with the ball. 383 runs at a SR of 145 in last 16 t20is and 13 wkts including a 4 fer against Eng makes him one of the most utility players in the format.

Fakhar Zaman/ Surya Kumar Yadav: Fakhar hasn't been among runs in his last few outings except for a half century against HK but there's hardly any doubt over his abilities as he displayed it against Aus in wc semis. He plays spin well and the match up against Chahal and Axar is going to be interesting. It has been a year of high rises and few lows for SKY. He scored over 300 runs in 6 games for MI and top scored in 4 of them before getting ruled out because of injury. Since his comeback, he scored a 100 agaisnt Eng and played a couple of amazing knocks against WI.

Bhuvaneshwar Kumar: He has picked up 25 wkts in t20is this year and has provided consistent breakthroughs in Powerplay. He sets up the game early and Pak's top order should be wary of him.

Virat Kohli: There has never been a time when the discourse has not revolved around him prior to a big game, let alone when it involves an arch rival. The month long break after the England series must have left him mentally fresh, so we might see Kohli 2.0 in the near future. 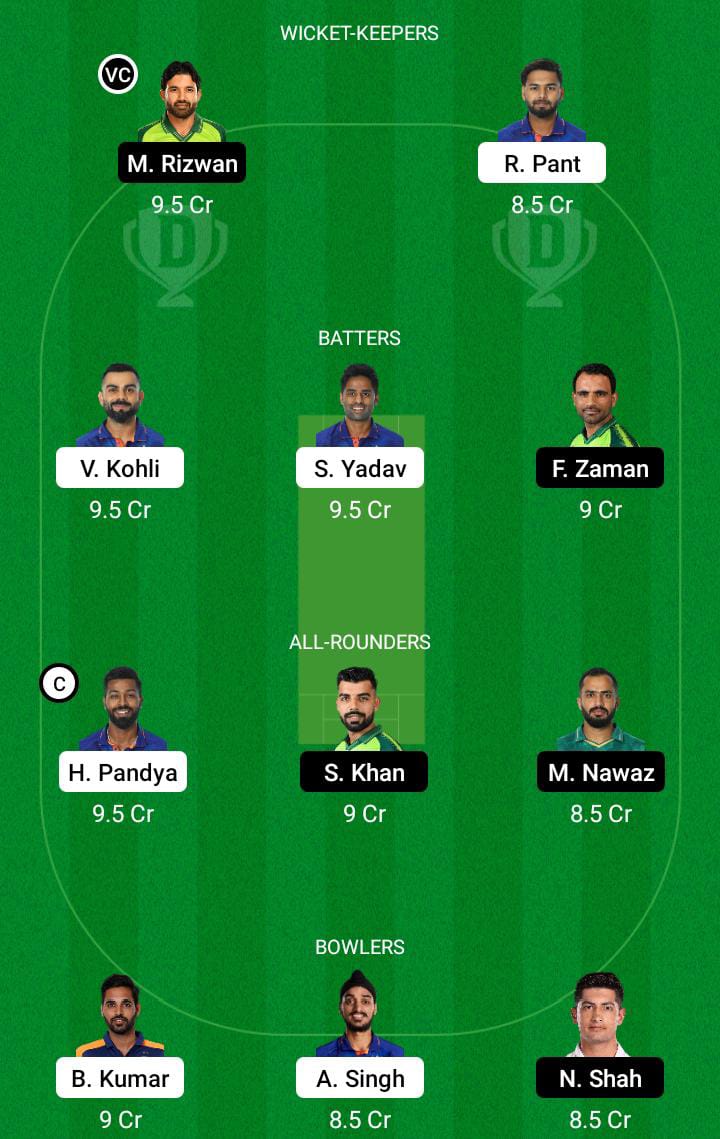 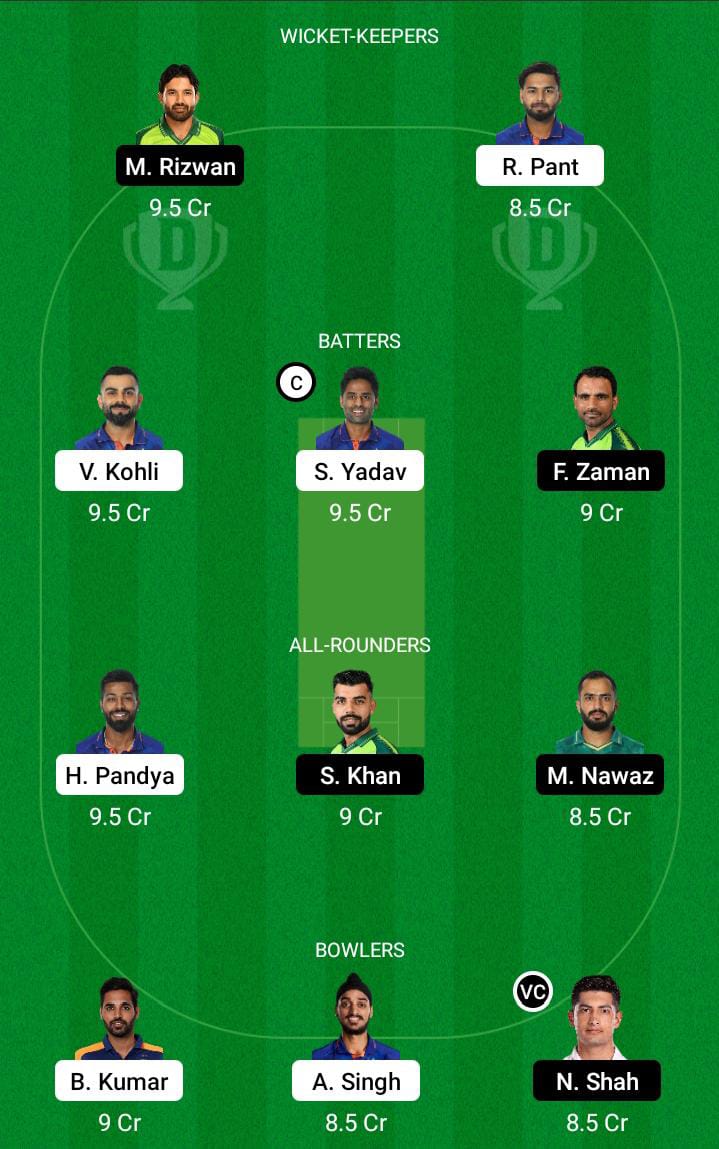 Most Wickets in the last 5 T20I innings
(active players)

Most Top Scores against Pakistan in each format