The Royal Challengers Bangalore lock horns with defending champions Chennai Super Kings in match no 22 at the DY Patil Stadium in Navi Mumbai.

The men in yellow's campaign in 2008 started with 4 consecutive wins under MS Dhoni, 14 years later their campaign under the new captain has started exactly in the opposite manner with 4 losses. Opening partnership which was CSK's biggest strenghth last year has been their biggest weakness. Orange cap winner Ruturaj Gaikwad is has crossed double digits just once in his 4 outings and is averaging 4.5. Deepak Chahar's injury has also disrupted CSK's balance upto an extent. The pacer has taken 42 wkts in Powerplay since 2018. Ambati Rayudu who had scored 256 runs last season at a SR of 150 is yet to play a single impactful innings.

RCB started their season with a loss while defending 205, but have registered 3 consecutive wins on the backdrop of  an all round bowling performance against KKR, a memorable chase against KKR and another convincing win vs MI in the last game. Harshal Patel's absence will hurt RCB against RCB who has taken 6 wkts at an eco of 5.5. Another major problem for the men in red is Mohammad Siraj's form. His eco this season is 11.1 and has picked up just 3 wkts. He has gone wicket less in last 11/19 games. RCB will be boosted by the addition of Josh Hazelwood.

Before Dinesh Karthik, Jacques Kallis remained not out in 1st 4 games of the season for RCB in 2010.

CSK had never lost their 1st 2 opening games, this year they have lost 4

Ruturaj Gaikwad: 635 runs in IPL 2021. This was a record breaking season for the youngster who scored most runs in an edition by an uncapped player and won the Orange cap. Ruturaj has been in terrific form since then. He was the top scorer in VHT with 603 runs at an average of 150 and scored 259 runs in SMAT at an average of 51 and a SR of 149. His start this season hasn't been a good one just like the previous 2 editions. He has 18 runs from 4 games. It was in 2020 that he scored his 1st 50 vs RCB after 3 consecutive failures.

Faf du Plessis: He had a prolific last season with 633 runs and played a lion's share in CSK winning the final match. RCB would expect him to repeat his last season heroics at the top of the order and he has started this season with a knock of 88. Faf now has recorded 3 consecutive low scores and its highly possible he puts up a show against his old team. 1615 runs at a SR of 135 are his nos  since 2019.

Virat Kohli: Though he has been putting 400+ seasons, Kohli has been relatively quiet with the bat. His nos after powerplay and his record vs spin doesn't quite paint a good picture. But for a batter of his class, all it takes is one good innings. He scored 48 v MI and missed out on a well deserved half century due to a controversial lbw call by the 3rd umpire.

Moeen Ali: CSK was boosted by the all rounder's presence against Lucknow. Moeen Ali has scored 266 runs in the middle overs since last season at a SR of 140. He was top scorer for CSK in the last game against SRH.

Wanindu Hasaranga: This all rounder from Sl was RCB's most expensive buy in the auctions. He is one of the most difficult bowlers to play in t20 cricket currently and is also a very handy middle order batter. He has 57 wkts from 35 matches at an eco of 6.39 in t20is. Yuzi Chahal performed the role of the lead spinner to perfection for 8 years and RCB would be hoping the same from Hasaranga. He took 4 wkts against KKR and produced another match winning performance against MI by picking 2 crucial wkts of Brevis & Pollard.

Anuj Rawat was the top scorer and Man of the match in the last game.

Shivam Dube: Has played 2 crucial knocks of 49 and 54 in the middle order. 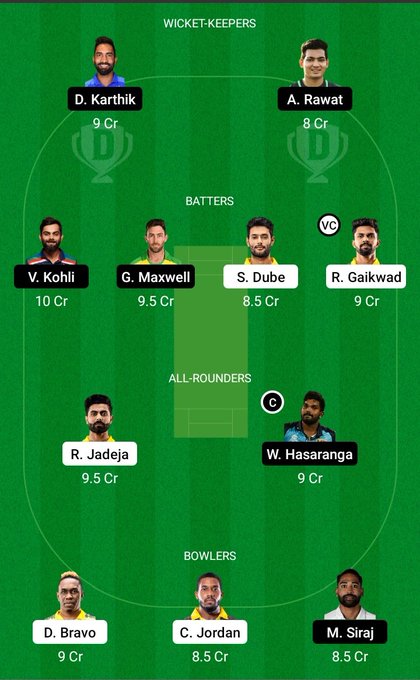 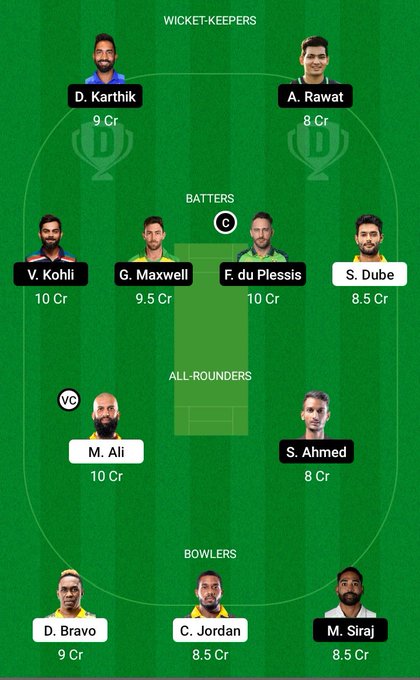