After a "long" hiatus of 10 days after the IPL the boys are back in the blue to play a 5 match t20i series against the proteas. SAF have named a full strength squad and are looking clear favourites to win the series. But as they say, never write off anyone in sport. Two key Indian players will be out of the tournament - Rahul and Surya - injured and the senior players have been rested. They will travel to England on 16th June to prepare for the remaining Pataudi Trophy tests beginning on July 1st.

SA had huge success against India in the other 2 formats at home earlier in the year and they would look to continue that streak in the shortest format as well. Since the last 12 months they have played brilliant t20 cricket  in WI, Ire, SL and winning 4/5 games in t20 wc.

This series also marks the return of Dinesh Karthik to the national side who was dropped from the t20i side for no fault of his after the 2019 wc semi final. From 2017-19, DK played 23 t20is and scored 299 runs at a SR of 157. It will be interesting to see if the management is open on giving an opportunity to the likes of Arshdeep Singh who had the best eco in death overs in this IPL season and to the new fast bowling sensation Umran Malik.

Aiden Markram: Aiden Markram: In the past one year, Markram has scored 570 runs for SA at a SR of 148. He had a very good outing in t20 wc and was featured in ICC's team of the tournament. Markram is also a useful part time off spinner and does the job well in Powerplay. in IPL 2022, He was the top scorer for SRH in the 1st game and scored a 50, registered his 2nd one in the game against KKR. and remained not out on 41 against PBKS and again scored a 50 v GT & SRH.

Yuzvendra Chahal: Purple cap winner with 27  wkts at an eco of  7.9 and holds the record of most wkts by a spinner in a season.  Chahal scalped 20 wkts in the middle overs . RR have been using him wisely by bowling his 2 overs after the 14th over. He bowled brilliantly in the end overs of few games and has scalped 7 wkts. A pattern which India may also like to experiment with.

Hardik Pandya : India's best all rounder had an outing to forget last year in IPL. Due to Injuries, Hardik had not been bowling and subsequently lost his place in the national side for these 2 reasons. This IPL was a great opportunity for him to win the trust back of the selectors and make a strong statement ahead of the t20 wc. He led from the front both with the bat and the ball in this season. He is the 4th highest run scorer in this season with 487 runs and has most 30+ scores ( 8). Did a brilliant job with the ball in the final and in few league games in Powerplay phase. 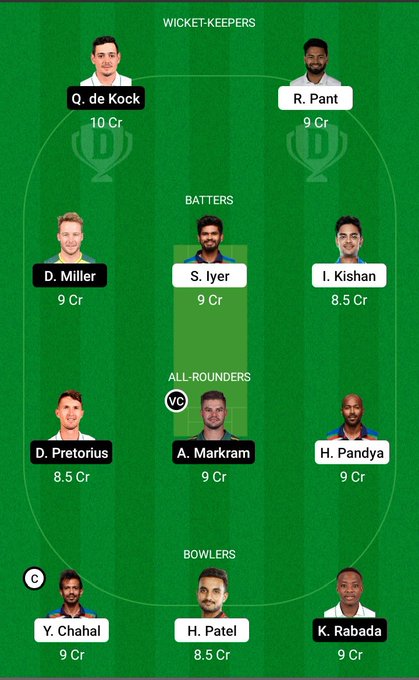