Ashes loss was a saturating point. England’s head coach, batting and bowling coach, ECB’s managing director, their Chairman, everyone resigned and it was common knowledge that Root’s days as England’s captain were numbered and a series loss in West Indies put a final stamp on his exit. "The red ball reset" did not work out in favour of Eng as the rot runs much deeper  and dropping your 2 most experienced bowlers was the last solution. Broad and Anderson are back and how .. ! 20 wkts between the veteran duo where they sealed the game in Eng's favour almost in the 1st session of the 1st test and an inspired spell in the 2nd innings of 2nd test.  Root's golden run continues and he registered his 27th test 100. Eng have started well under the new skipper and coach. Stokes was back among runs and his selection of his Durham teammate Matthew Potts  has turned  out to be an excellent move. The debutante took 7 wkts at Lords. Eng have repeatedly stressed on the brand of cricket they wanted to play and it was no surpries they decided to go after the target on the last day after tea. Bairstow scored the 2nd fastest 100 for an English batter as Eng chased down 299 in mere 50 overs. The hosts have been dealt with a huge blow. Jimmy Anderson is out with an ankle injury and Jamie Overton to make his debut at Leeds.

The WTC champions are currently 7th on the points table. They had a promising start in this cycle with a well fought draw in Kanpur but lost the series 1-0. Bangladesh created history by winning their 1st ever test in NZ and SA maintained their record of not losing a series to NZ in whites. This will be their 4th consecutive defeat if they lose the last test. Last time this happened was 6 years ago. Devon Conway and Kane Williamson are declared fit to play in the 3rd test while there is no update about Kylie Jameison.

Joe Root: The ICC test cricketer of the year had one of the greatest calender years a batter could wish for. He has ammassed 2371 runs since 2021 with an average of 57 and breaking the all-time record of Sir Vivian Richards with most top-scores for the team in a calendar year. What makes his achievement even more special is the 2nd highest run scorer in the side was Rory Burns with 550 odd runs. There was a staggering difference between the 1st and the 2nd best batter.

Devon Conway: Since his debut, Conway has set the international stage on fire in all 3 formats as well as in the recently held IPL. He made his debut at Lords last year and scored a scintillating 200. He averages 55 in test cricket so far with 3 100s.

In WI, bowled "99 overs" and took 7 wkts at an average of 26. He was Eng's best bowler and Cricviz rated those pitches as the 2nd most batting friendly wkts in WI since 2005. With a much needed break,  new added responsibility and a good outing in County, we could see Stokes 2.0 from this series.

Daryl Mitchell: It has been a fantastic last 18 months for him. Test 100 vs Pakistan, a match winning knock in Semis of wt20 and 2 back to back 100s in this series. He has been NZ's crisis man this summer and is the highest scorer of this series. 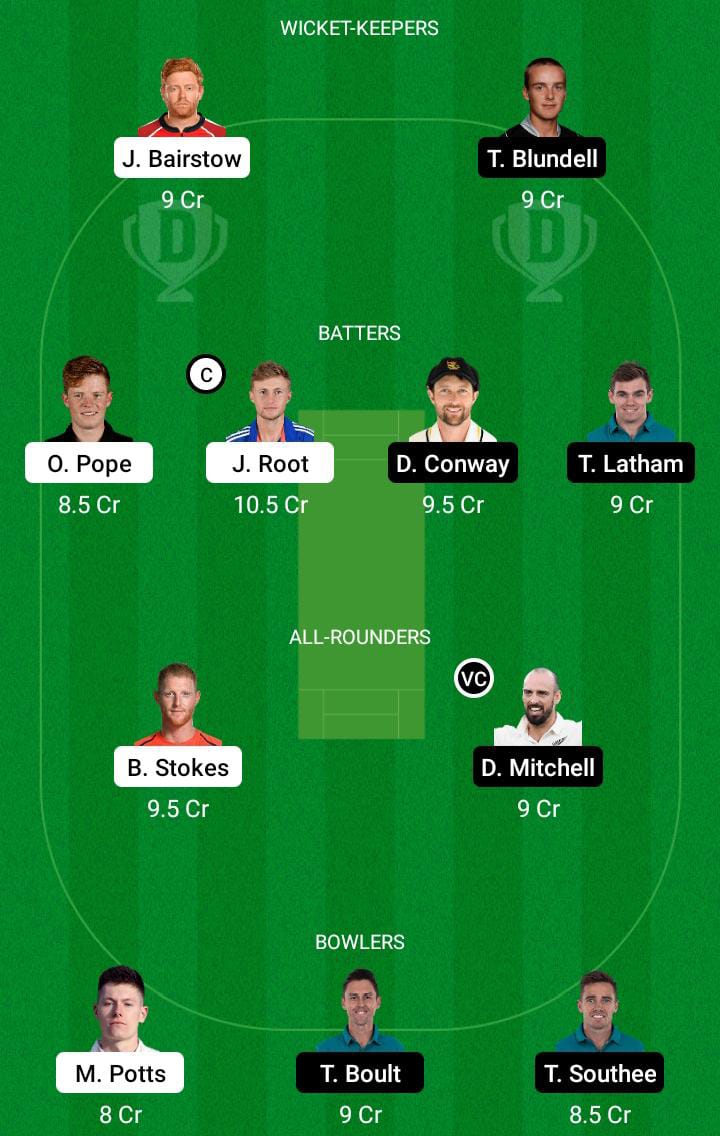 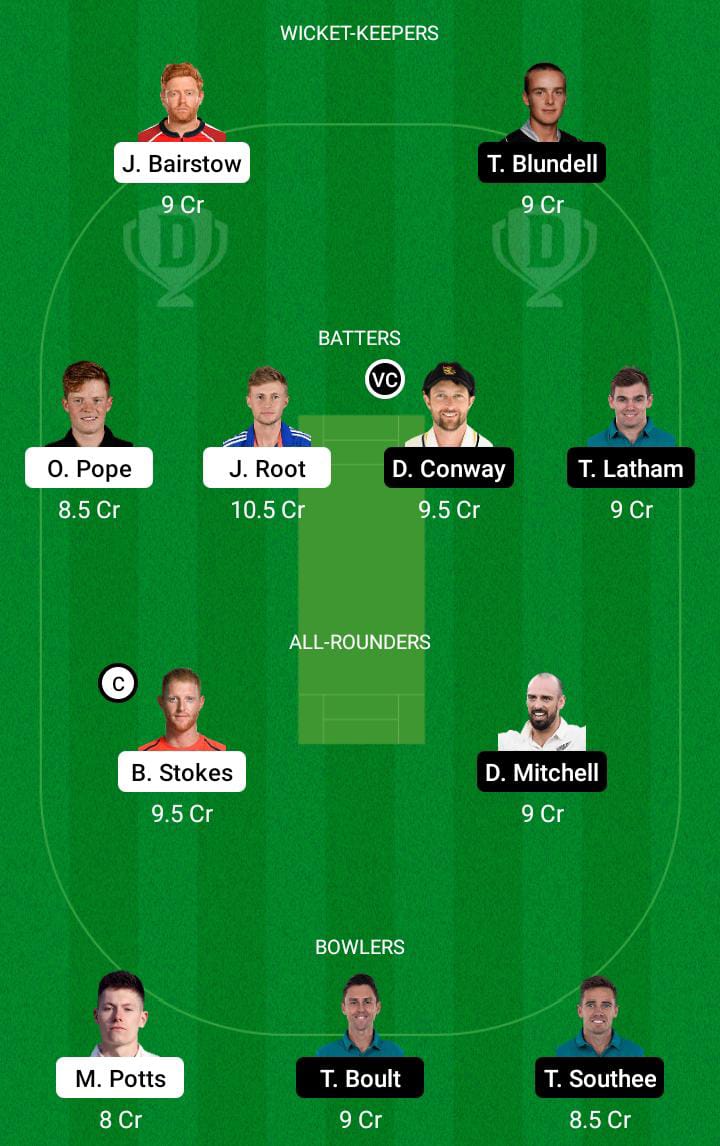