David Miller is in the form of his life. There is nothing that he can't do with the bat on a cricket field these days. Not so long ago he was dropped from the ODI squad against SL and it looked like his white ball career for the proteas is nearing an end. But he made a technical adjustment to his game especially against spin and has emerged as one of the most dangerous white ball players in the world. Along with RVD, he powered SA to a 7 wkt victory and chased down the highest total for SA in t20is. Meanwhile, he also went past AB de Villiers to win the most MoM awards for SA in t20is ( 8). SA continued their dominance over India this year by winning 6th consecutive game across formats. They are one of the strongest t20i units since the last 12 months and narrowely missed out on the semis spot in the t20 world cup. SA will miss the services of Aiden Markram who is out with Covid. In the past one year, Markram has scored 570 runs for SA at a SR of 148. He had a very good outing in t20 wc and was featured in ICC's team of the tournament. Markram is also a useful part time off spinner and does the job well in Powerplay

India on the other hand don't have larger issues and they almost did everything right in the 1st game. With 2 brilliant hitters of pace they could have done little on that ground with short boundaries. They would take a lot of positives from the intent shown by the batters. To address death over issues they could bring in Arshdeep Singh later in the series who had the best eco at the death in this year's IPL.

Yuzvendra Chahal: Purple cap winner with 27  wkts at an eco of  7.9 and holds the record of most wkts by a spinner in a season.  Chahal scalped 20 wkts in the middle overs . RR used him wisely by bowling his 2 overs after the 14th over. He bowled brilliantly in the end overs of few games and has scalped 7 wkts. A pattern which India may also like to experiment with though he could have bowled earlier in Delhi.

Hardik Pandya : India's best all rounder had an outing to forget last year in IPL. Due to Injuries, Hardik had not been bowling and subsequently lost his place in the national side for these 2 reasons. This IPL was a great opportunity for him to win the trust back of the selectors and make a strong statement ahead of the t20 wc. He led from the front both with the bat and the ball in this season. He is the 4th highest run scorer in this season with 487 runs and has most 30+ scores ( 8). Did a brilliant job with the ball in the final and in few league games in Powerplay phase. In 1st t20i, he scored 31(12)* coming into bat in the 17th over. This is the 3rd time he has scored over 30 at more than 250 SR in t20is.

Dwaine Pretorious was SA's best death bowler in WT20s and can also use the long handle well as he displayed in the IPL and in the 1st t20 after getting a promotion in the batting line up. 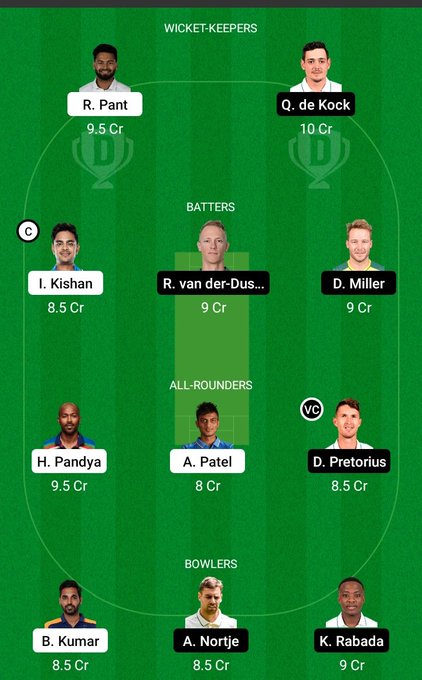 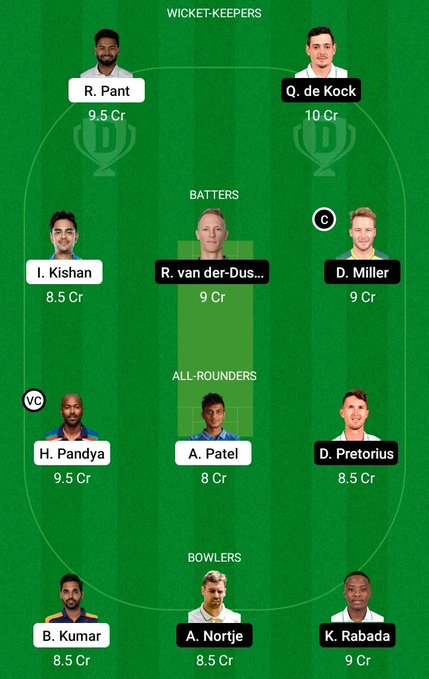