The Lucknow Super Giants lock horns with the Rajasthan Royals in match no 20 at the Wankhede stadium in Mumbai.

Lucknow have won 3 consecutive games after losing their opening game against Gujarat and have the strongest team on paper as well as on the field. Addition of Marcus Stoinis is only going to improve the balance of the team. Lucknow had won the half battle in auction itself. Already has 2 left-handed openers to partner with Rahul in QDK and Lewis. A seam bowling all-rounders in Jason Holder, Krunal Pandya & Deepak Hooda the spin bowling allrounders and Stoinis who is a decent with the ball. All these options are available at KL's disposal while pace battery is evenly sorted with Andrew Tye, Avesh Khan, Ankit Rajput and Chameera. It is fair to say Lucknow don't have any chinks in theirr armour as of now. Ayush Badoni is so far the find of the season.

Rajasthan's winning streak was halted by Dinesh Karthik and Shahbaz Ahmed as they pulled off a memorable chase at the Wankhede Stadium. Rajasthan erred in holding back Chahal as Dinesh Karthik has a weakness against leg spinners. DK attacked Ashwin, Saini and Prasidh  to seal the game in RCB's favour. Rajasthan have lost Nathan Coulter Nile for the rest of the season due to injury. This opens up an opportunity for Obed McCoy, Jimmy Neesham or Kuldeep Sen to get a chance in the playing 11.

Ravi Ashwin has taken 8 wkts in Powerplay since 2020

Jos Buttler: Since 2018, Butler strikes at 146.1 in the Powerplay with 713 runs. Regarded as one of the most dangerous white ball batters in the world, he had a brilliant t20 wc where he scored a scintillating 100 against SL on a slow Sharjah Pitch and carried his form in the IPL where he scored another 100 in his 2nd game of the season and a 70 odd in the last game vs RCB.

Quinton de Kock: He was one of the pillars of MI's batting line up. After switching to MI, QDK scored 500+ in 2 seasons. In Powerplay, he has scored the 2nd most runs in the last 3 seasons. He won the Man of the match award in his last game for his 80

Sanju Samson: Often criticized for his inconsistency, he has exhibited great improvement in the last 2 seasons of the IPL. He used to start the season strong and then post a string of low scores. He is the only middle order batter apart from AB de Villiers to score 3 centuries as a non-opener. Since 2018, Samson has scored 1735 runs at a strike rate of 145. Only Rishabh Pant had a better SR than him among the Indian batters

Deepak Hooda: Lucknow were found wanting in 2 games against CSK and SRH, Hooda produced a counter attacking innings and scored 2 half centuries. Only SKY and Hooda have 2 50s as middle order batters in this season.

Trent Boult: Boult took 16 wkts in the Powerplay in 2020 and was one of the major reasons in MI's title wim. Krishna and Boult  form a good pair with the new ball. Since 2020, Boult has taken 22 wickets in the Powerplay and has a dot ball percentage of 56

Ravi Bishnoi: The 2020 U19 WC star succesfully made it into the national side in the recently held home series against WI. He won the MoM award on debut. He has an eco of 6.94 and taken 28 wkts since his debut in 2020 out of which 23 came in the middle overs.

Avesh Khan:He broke the headlines when he became the most expensive uncapped player in the history of IPL when he was bought by LSG for 10 crores. Last IPL was a breakthrough season for this pacer from Madhya Pradesh. He took the 2nd most wickets (24) at an esteemed economy of 7.4. That was the 2nd best economy for a pacer after Siraj and only second to Yuzi Chahal if we consider minimum 15 wickets criteria.  He took 10 wickets at the death at an economy of 8.9. He has had a mixed season & been a touch expensive in the 1st 2 games of this season but came back strong with 4 wkts against SRH.

Ayush Badoni: Referred to as Baby AB because of the range of the shots his possesses, Badoni scored 54(41) on debut after walking out to bat on 29-4. He was fearless while taking on the best T20 bowler Rashid Khan. Lucknow were in even more trickier situation against CSK chasing 211. Badoni held his nerve and scored 19(9) to push Lucknow over the line. He displayed the same thing in the last over against Delhi 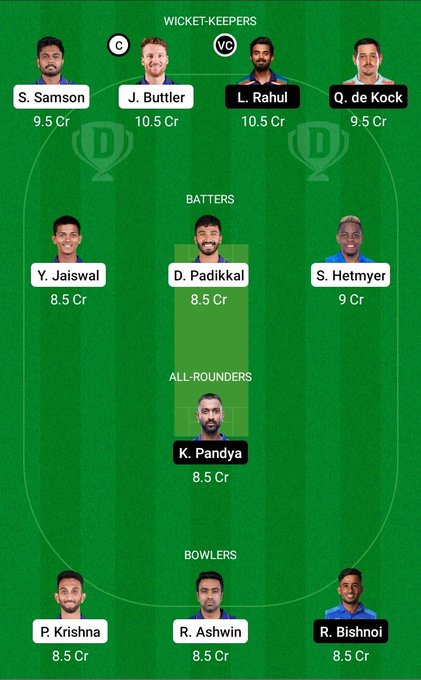 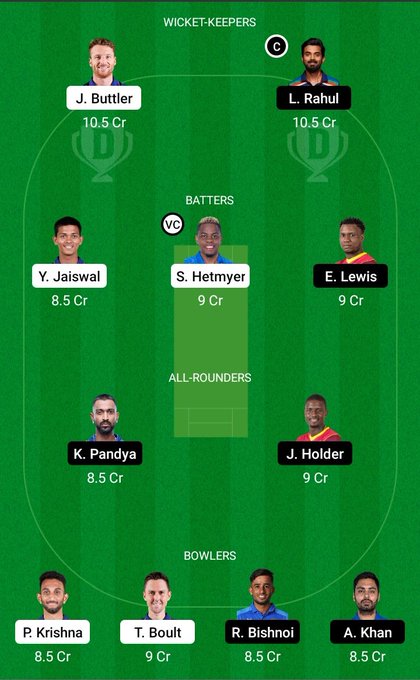