On a Friday night, millions of fans glued to their TVs were fuming at the rain delays. Rain delays are frustrating, especially when play is delayed because of wet outfields.On the flip side, if we look at it from the opposite perspective, there is nothing more exciting than a shortened t20 game. Your strategies, plans, playing 11 combinations go for a toss and you have to devise a whole new strategy. These things were seen with both sides and India even included Pant and dropped Bhuvi from the 11. Australia's tactics were strange. They dropped their best death bowler from the last game and decided to go with Sams and Abott. Hazlewood didn't bowl the final over and Sams was trusted with the job.

As Rohit and Rahul broke the chase in the first over, they took 20 runs off Hazlewood's over. Kohli and KL's back-to-back wickets did not dilute the momentum and India stayed in the hunt throughout the game. "I was quite surprised as well actually. Didn't expect to hit it like that, glad it came off. For the last 8-9 months I have been playing like that. You can't really plan too much is such a shortened game." These were the skipper's words who smashed 46 runs off just 20 deliveries. He also backed Harshal Patel by saying the due had started to settle in and thats the reason Harshal bowled full tosses in the last over. He went on to add he is not concerned about Harshal's performance and these things take time after a tricky back injury.

Axar Patel has been India's best bowler in these 2 games. He has always been a consistent performer in the IPL and has the best eco for a SLA bowler with over 100 wkts. He is far ahead of his peers with 2nd name on the list being Murali Kartik with 40 odd wkts. One major change expected in the final t20i would be Ashwin replacing Chahal in the 11.

Over the last seven years, India has played 16 bilateral T20I series on home soil and lost just once. Australia is the only team to beat India in t20is during this period. For them to repeat this feat, its very important Glenn Maxwell scores some runs. He has the best SR for a batter with minimum of 800 runs since 2021 season of the IPL and add to that he gives 3-4 every game consistently at a meagre economy. Maxwell's explosive game is not just limited to t20s, he has been striking at over 140 in ODIs post the 2019 WC. His bowling has improved leaps and bounds making him one of the best all rounders in t20 cricket. The biggest Challenge in front of him is Bumrah and Chahal who have dismissed him 7 and 5 times respectively. The Australians will be relieved to see Finch getting starts in both games. For the last 1-1.5 years, he has struggled to put bat to ball against the incoming deliveries.

Since his return from the injury, he has put a brilliant case for being one of the finest all rounders in the t20 format. With captaincy and leading his IPL team to a title victory he has emerged as a more mature player. 487 runs in 2022 IPL and Man of the match performance in the final with the ball. 480 runs at a SR of 145 in last 18 t20is and 13 wkts including a 4 fer against Eng makes him one of the most utility players in the format.

He loves to bat against India. He averages 59 and 39% of his runs in T20I career are against India including 4 out of his top 5 scores. He was instrumental in Aus's win in the 1st t20 and provided a late hand in the 2nd t20i to take Aus to a competitive total of 90.

Missed out on the Man of the tournamnet award in WT20 by a small margin . Since 2021, Zampa has had a great run in t20is with 35 wkts at an eco of 7.03. He is a good head to record against almost every indian batter and is going to be a key factor in middle overs. 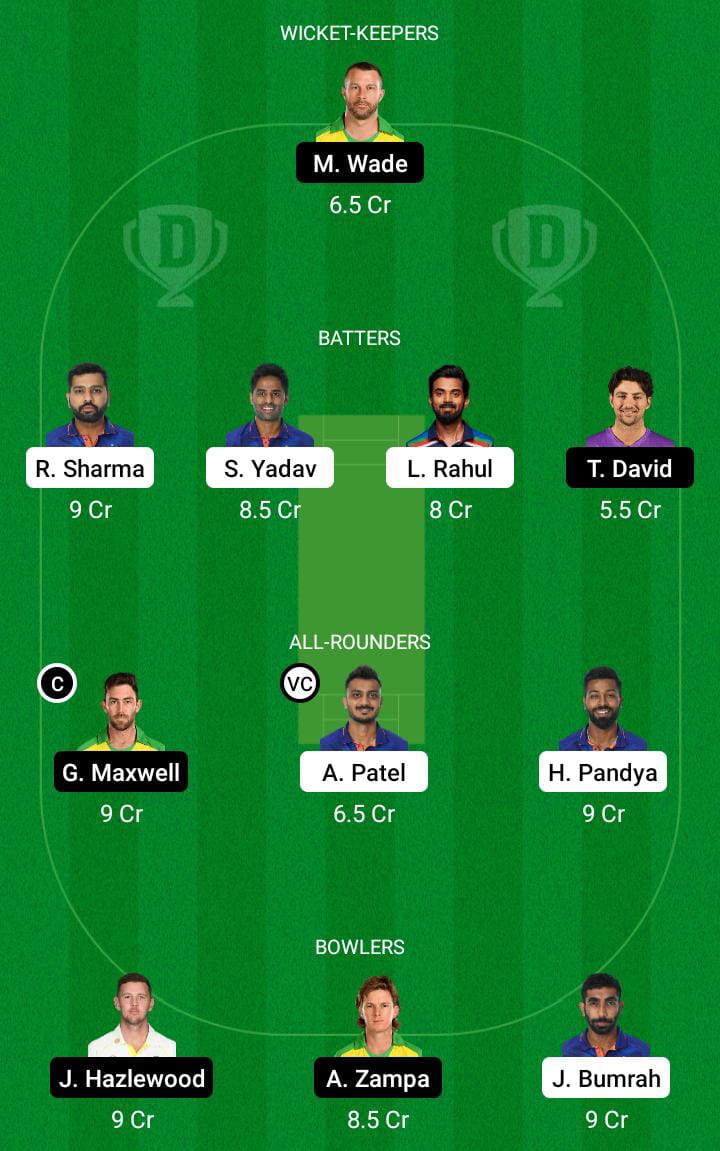 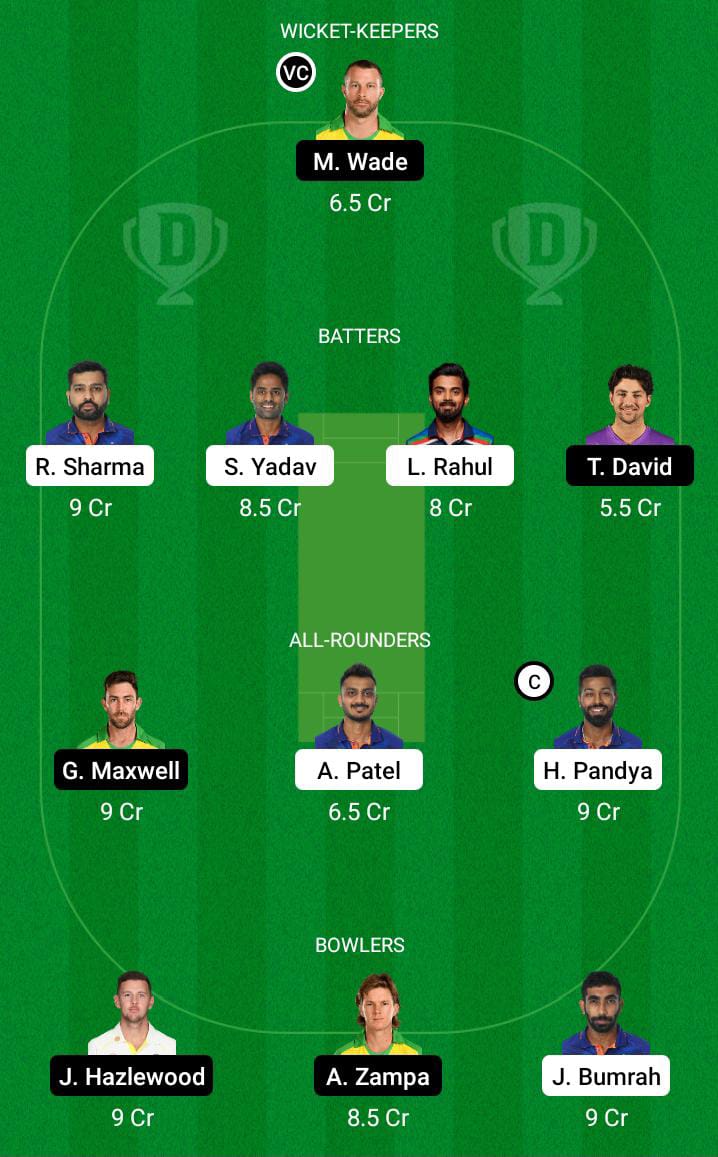 What a knock it was from Rohit Sharma in the second T20I against Australia. 🙌🙌#INDvAUS pic.twitter.com/ooT4JMzjVN