IPL giants are having an unthankable season. The only thing that hasn't changed this year is their togetherness on the points table.

Mumbai is one loss away from becoming the first ever team to lose the first 7 games of a season and logically ending their Playoff chances. They have dominated CSK since their return in 2018 and will look to put some points on the table against its favorite opponent.
Their bowling has looked ordinary though, Bumrah being the sole contributor with his dots. Unadkat and Thampi haven't bowled to their potential and Murugan has had issues with accuracy. Thanks to Surya's return, their batting isn't doing as bad as before.

Super Kings roughly needs 7 wins out of their remaining 8 games to qualify for Playoffs. They are coming together nicely with their young opener finding some form in his last outing. His knock will be crucial to team's result as has been the case since his debut barring the last game and his century.

Spotlight will be on veterans like Dhoni-Pollard-Rohit who have given some memorable performances over the years in El-Classico of Indian Premier League.

(Capt) Shivam Dube: He has been a revelation this year and is the best CSK batter this season with 207 runs and a whooping SR of 176. He has scores of 49, 54 and 95* against RCB in the last game where he displayed an amazing exhibition of six hitting.

(Capt) Maheesh Theekshana: He has played just 3 games so far and already has most wickets in Powerplay for CSK. His last 2 outings were really successful where he picked 6 wickets including a 4-fer against RCB.

(Capt) Kieron Pollard: Excellent record against CSK especially in big matches. He has fired in only one game this season where his stay was less than 5 balls. After announcing retirement yesterday, he will look to celebrate it with a vintage knock against his favorite opponent.

(Capt) Ruturaj Gaikwad: After a fine knock in the last game, Gaikwad will look to make up for the early failures by capitalizing on the good form. Going by the pattern of last 2 seasons, a streak of good scores is expected in games to come.

(Wildcard) Moeen Ali: Hasn't fired yet and can go beserk against a big oppoent.

(Budget) Brevis and Varma: Brevis, in that form, isn't a bad choice for Captain either but will be risky going by the law of averages since he clicked in the last few games. Tilak Varma is a sure pick. No one has more runs in Middle overs this season than him where he averages a healthy 54 with a strike rate of 151. 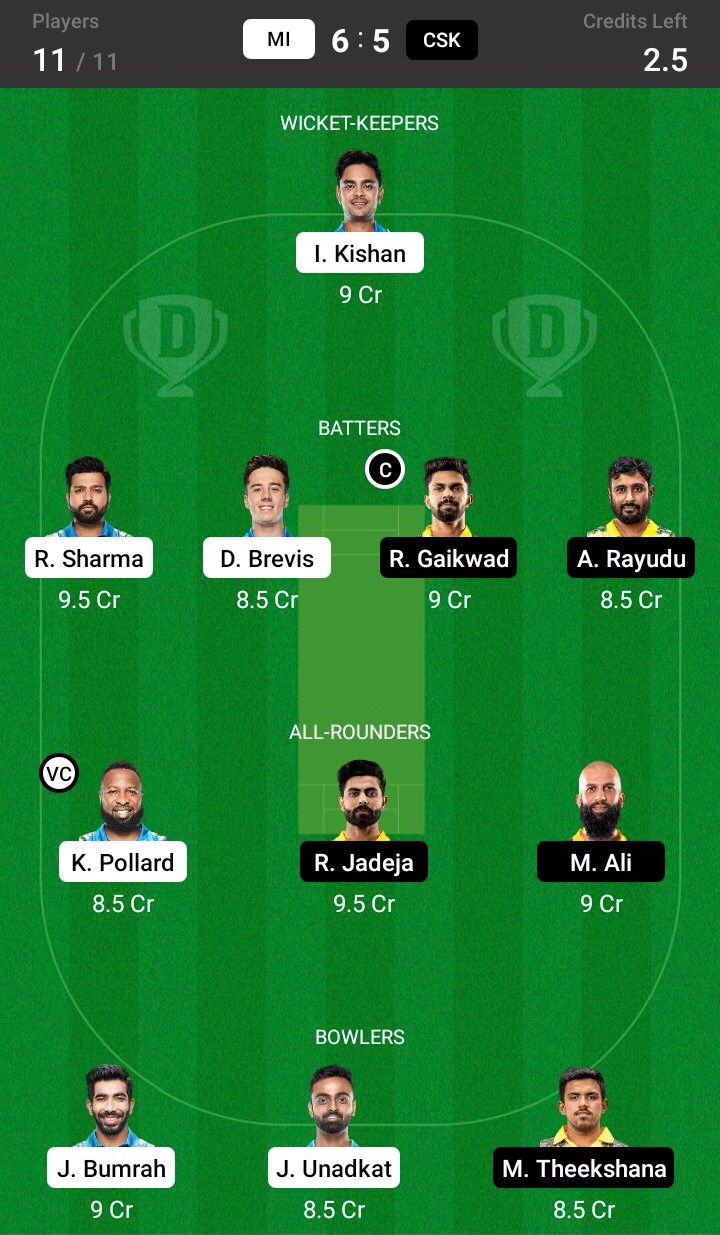 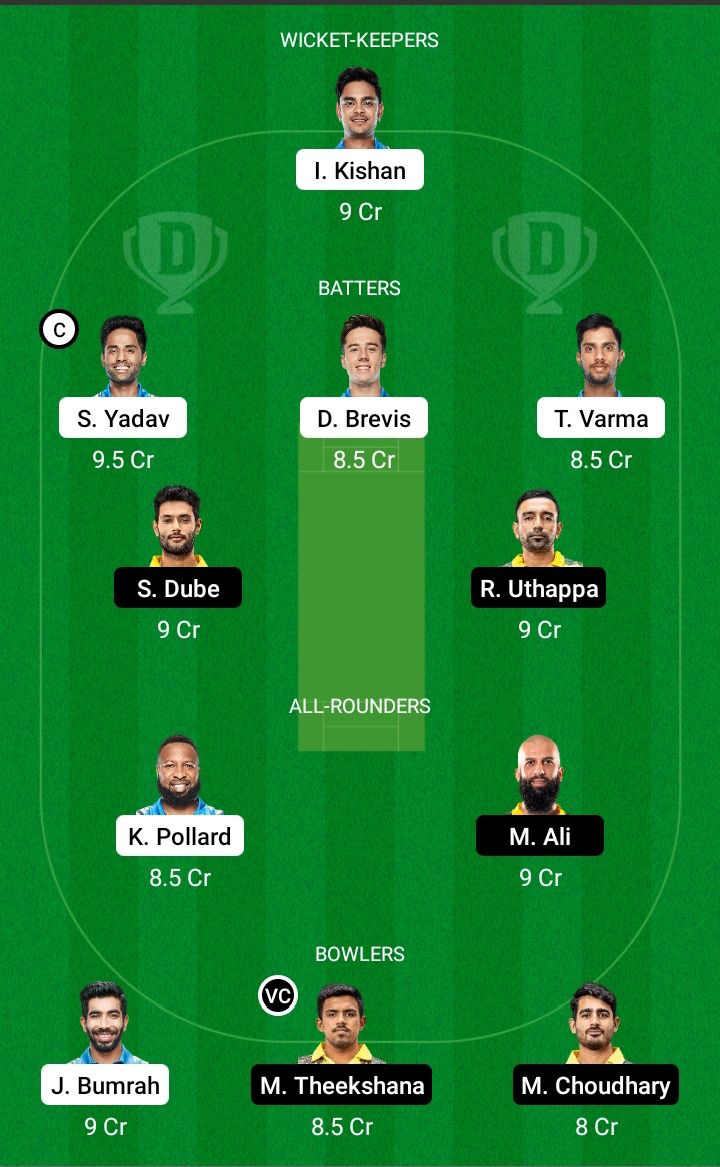