"Favourites, Dark Horses, Hot Contenders" are typically used when describing South Africa before every big event. They are always the talk of the town on the big stage surrounded by superstars and everyone thinks this is their time.  There was always a strong South African team, but they never tasted gold in the last three decades except for 1998, when Jacques Kallis' individual brilliance won them the inaugural ICC knockout trophy. SA somehow fall short of the line no matter what happens, whether it's getting screwed by the DLS farce in the 1992 semi-finals, miscalculating the score in 2003, or result of some horrible fielding in 2015. This begs the question has their time finally arrived ?
The reason that they may cross the line and win the wc this time is the composition of the side. This is probably their best ever 15 fieleded in a t20 wc. A major upgrade from the previous tournamnets where they had Jacques Kallis and Hashim Amla opening the batting once upon a time. They have a coach in Mark Boucher who has delivered results in the past year and a half and a calm leader in Bavuma who has delivered results with the Lions and won them a couple of trophies.

Since mid 2021, SA won 3-2 in WI, a series win in Ireland, Completed a whitewash in SL and won 4 out of their 5 games in t20 WC after agonizingly falling short of NRR. They continued their good gorm by drawing a series 2-2 in India and defeated Eng in their own backyard 2-1. They ended their UK tour by a 2-0 win against Ireland.  They suffered a major blow with RVD sustaining an injury during the test series and he will be a major miss on those Australian wkts. SA have Reeza Hendricks as a back up opener who has scored 296 runs at a SR of 142 in last 5 outings for the national side. South Africa's USP is their batting line up from 3-7.

Proteas started their campaign ( no points for guessing) with a rain affected game against Zimbabwe. They were robbed of one point and a considerable boost in NRR. They defeated Bangladesh by 110 runs and highlight of that match was their batting approach. At one point, they were 170 in the 15th over. India are in for a good challenge against the fast bowling quartet of Rababa, Jansen, Parnell and Nortje. Though Indian batters were on top of them in the 2 bilateral series played this year but Perth will be a completely different set of environment and a wc game just adds to the pressure.

By the looks of it, Virat Kohli will win his 3rd man of the tournament award in t20 wcs this time. He has scored 7 50s in Australia in just 12 innings. His average in t20 wcs is 90+ and if there is someone who’ll come good against the proteas attack on that surface its Virat Kohli. He is your go to man to trust in any big game.

This year he averaged 40 and struck at 167 in Pakistan’s t20 league, Was the 2nd highest run scorer in England’s t20 league with 623 runs with 192 SR. On national comeback, scored 96, went on to score a 100 against India in Indore and has started his WC campaign with another 100 against Bangladesh. If you are searching for a consistent player in the Fantasy XI, Rilee Rossouw is the name

He has serious pace and hits the deck hard, would love to bowl on Perth’s pitch thats so far has produced the highest bounce compared to other venues. Nortje was at his best in the last game as he demolished Bangladesh’s batting line up with a 4 wkt haul

Since his return from the injury, he has put a brilliant case for being one of the finest all rounders in the t20 format. With captaincy and leading his IPL team to a title victory he has emerged as a more mature player. 487 runs in 2022 IPL and Man of the match performance in the final with the ball. 534 runs at a SR of 150 in last 21 t20i innings and 16 wkts including a 4 fer against Eng, a 3 fer against Pak in the last game makes him one of the most utility players in the format.

Quinton de Kock has started this tournament on a high note with quick fire knocks against Zim and Bangladesh. But his consistency is the biggest hindrance and has struggled against top teams in recent past. Similarly, SKY is in the form of his life but hasn’t done anything substantial against top sides in multinational tournaments. These 2 are high risk high reward picks 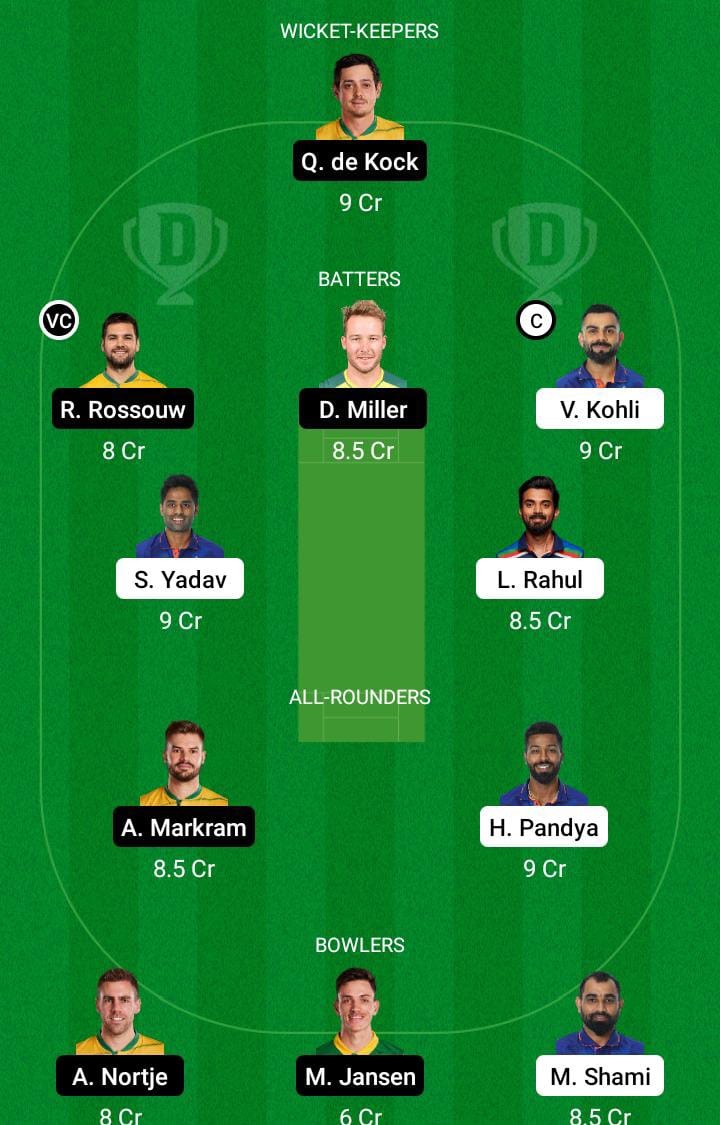 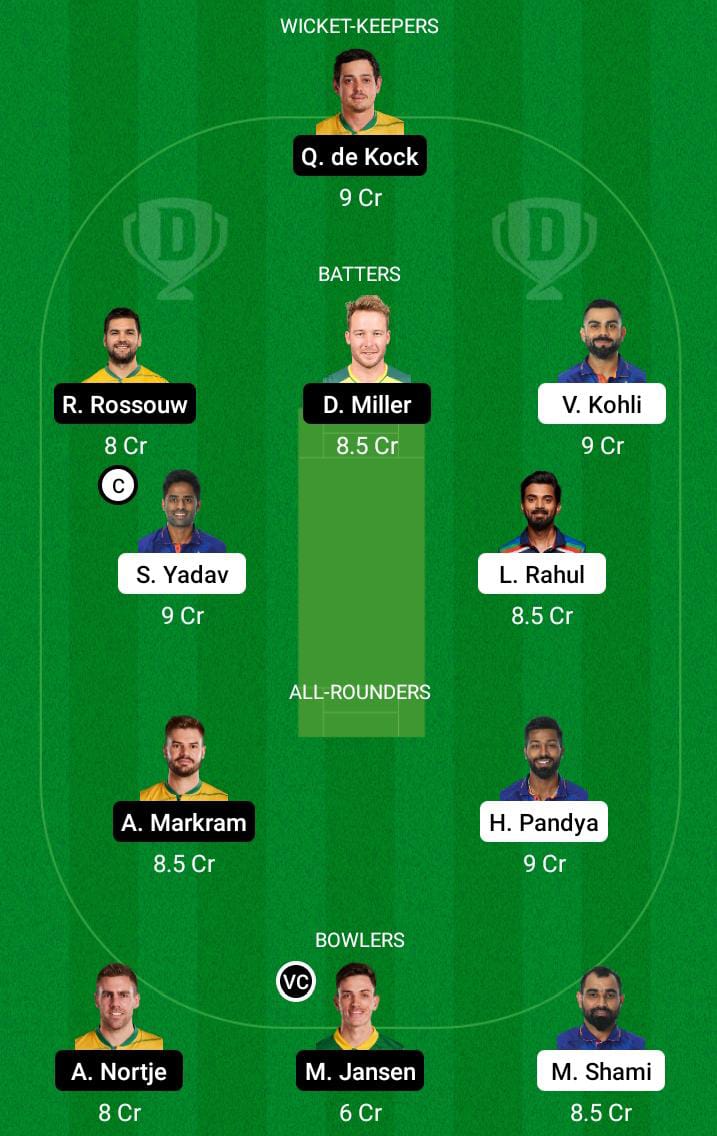