After an intense 3 match test series, the focus now shifts towards the limited overs leg of the tour.  Australia are without their Star players Warner, Cummins, Starc, Hazlewood, Maxwell whereas the hosts will be fielding a full strength side. This series is important for both teams considering their positions in the Super leage table. Pakistan are at 10 while Australia are placed at 7. Pakistan's position is mainly due to their 3-0 loss in England. In absence of many star players, Its a great opportunity for so many youngsters in the Australian squad especially Ben McDermott, Nathan Ellis and Cameroon Green. The hosts too would be looking forward to give the likes of Khusdil Shah, Saud Shakeel an opportunity in the 11. With the Pandemic and 2 back to back t20 world cups scheduled, ODIs have been highly neglected. Australia have played only 3 Odis since the start of 2021 whereas Pakistan have played just 6.

Shadab Khan has still not recovered from his injury and will probably miss the 1st 2 ODIs.

Babar Azam: The Pakistan skipper won the ICC ODI player of the year award. He averages 56 in ODIS and became the quickest to 14 ODI centuries reaching the milestone in 81 innings. He needs 15 runs to become fastest to 4000 ODI runs.

Imam Ul Haq: He became the 5th fastest batsman to reach the milestone of 2000 runs.

Shaheen Afridi: The ICC cricketer of the year award winner has 53 wickets in the format in just 27 innings, thats almost 2 wickets every game.  Only Hasan Ali had  more wkts after 27 innings among the Pakistan bowlers.

Aaron Finch: He is the most experienced batter in the line up with over 5000 runs and 17 centuries. Finch is the 5th fastest batter to score 17 100s. Pakistan Finch's favoirite opponents. He has scored 567 runs against them with 3 100s and 68 average. Finch scored 2 100s against them in the last ODI series before 2019 WC and won the series 5-0.

Ben McDermott: He had a record breaking BBL season with 577 runs – the 4th highest single season tally in BBL history - at  48.08 average and a strike rate of 153.86, despite missing the first two games of the season.

Adam Zampa:  The most experienced bowler in the bowling department and one of the world's leading leg spinners. Zampa has taken 37 wkts in his last 20 innings at an eco of 5.39.

Marcus Stoinis: The all rounder has over 1000 runs in the format at a SR of 92 and has taken 33 wkts. With Green and Stoinis, Australia's quota of 5th bowler is well covered. 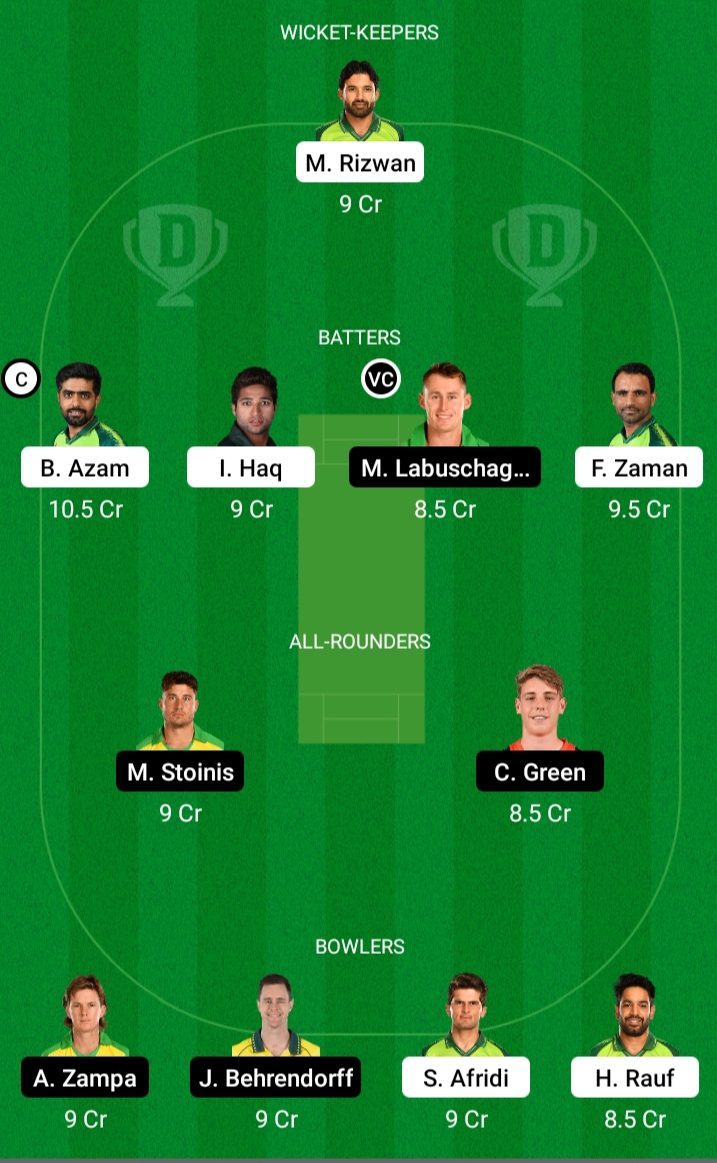