The 2 new entrants Gujarat Titans and Lucknow Super Giants are set to launch their campaigns at the Wankhede Stadium in the 4th match of the IPL 2022.

Gujarat Titans already had done a pretty decent job by signing the world's best leg-spinner Rashid Khan and the hard hitting all-rounder Hardik Pandya during retentions. One area where GT heavily erred was not investing in a wicketkeeper. Until the dying hours, the squad was without any keeper before they bought Saha & Wade in back-to-back bids. Kiwi pacer Lockie Ferguson was their best buy who will be well complemented by Mohammad Shami.

Lucknow were probably the best perfomers in the auctions. The duo of Gambhir and Andy Flower did not disappoint in their first assignment. Captain of Lucknow will be spoilt for choices with so many good picks and the combination of playing XI will majorly depend on the choice of strategy he wants to deploy. Already has 2 left-handed openers to partner with Rahul in QDK and Lewis. Both spin and medium pace types of all-rounders in Jason Holder, Krunal Pandya, Deepak Hooda along with Stoinis are available at his disposal while pace battery is evenly sorted with Andrew Tye, Avesh Khan, Ankit Rajput and Chameera. On Paper, Lucknow has no chinks in their armour and most likely aced the auction in the very first try.

Jason Holder and Kyle Mayers will miss the inital 2 games as they were a part of the test series against England. Marcus Stoinis will be available after the LOIs against Pakistan. Andrew Tye has replaced Mark Wood who was ruled out due to an elbow injury.

Alzarri Joseph will miss the inital 2 games as he was a part of the test series against England. GT have sought the services of Rahmanullah Gurbaz, the hard hitting batter from Afghanistan after Jason Roy pulled out due to bubble fatigue. 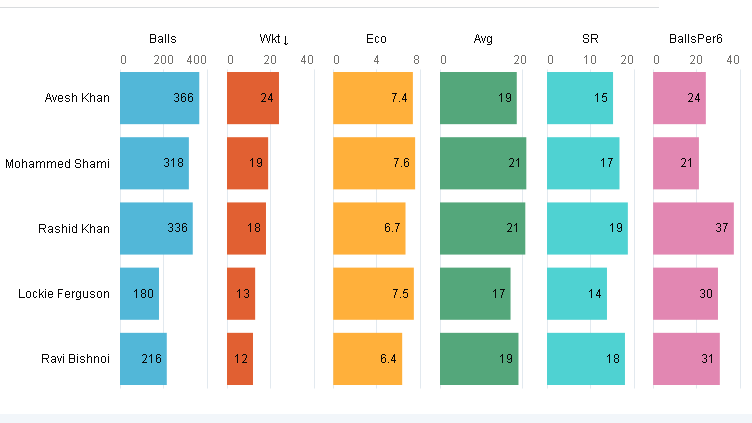 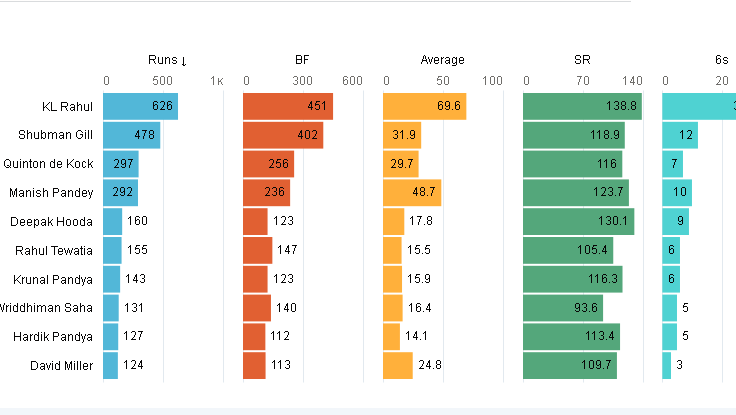 Quinton de Kock: He was one of the pillars of MI's batting line up. After switching to MI, QDK scored 500+ in 2 seasons. In Powerplay, he has scored the 2nd most runs in the last 3 seasons.He strikes at 152 against Pace since 2019.

Ravi Bishnoi: The 2020 U19 WC star succesfully made it into the national side in the recently held home series against WI. He won the MoM award on debut. He has an eco of 6.97 and taken 24 wkts since his debut in 2020 out of which 20 came in the middle overs.

Avesh Khan:He broke the headlines when he became the most expensive uncapped player in the history of IPL when he was bought by LSG for 10 crores. Last IPL was a breakthrough season for this pacer from Madhya Pradesh. He took the 2nd most wickets (24) at an esteemed economy of 7.4. That was the 2nd best economy for a pacer after Siraj and only second to Yuzi Chahal if we consider minimum 15 wickets criteria.  He took 10 wickets at the death at an economy of 8.9.

Rahmanullah Gurbaz:  In addition to being a hard hitting batsman, Gurbaz is also a talented wicketkeeper. He is prolific in the T20 format having scored over 1600 runs at a strike rate of 151.8. He has made an immediate impact in leagues around the world by scoring good knocks on his debut in the BPL and the LPL

Rashid Khan: He is one of the best T20 bowlers in the world. No bowler has a better economy than him in the league (6.3). With 92 wkts he is second on the list of most wkts since 2017. He has 71 wkts in the middle overs.

Hardik Pandya: India's best all rounder had an outing to forget last year. Due to Injuries, Hardik has not been bowling and subsequently lost his place in the national side for these 2 reasons. This IPL is a great opportunity for him to win the trust back of the selectors and make a strong statement ahead of the t20 wc. In 2019 and 2020, Hardik scored the most runs in the death overs. He smashed 463 runs at a SR of 221 with 39 sixes.

Lockie Ferguson: There are not many bowlers in the league who are genuinely as quick as him. Lockie Ferguson will be too hot handle for many young Indian batters out there. 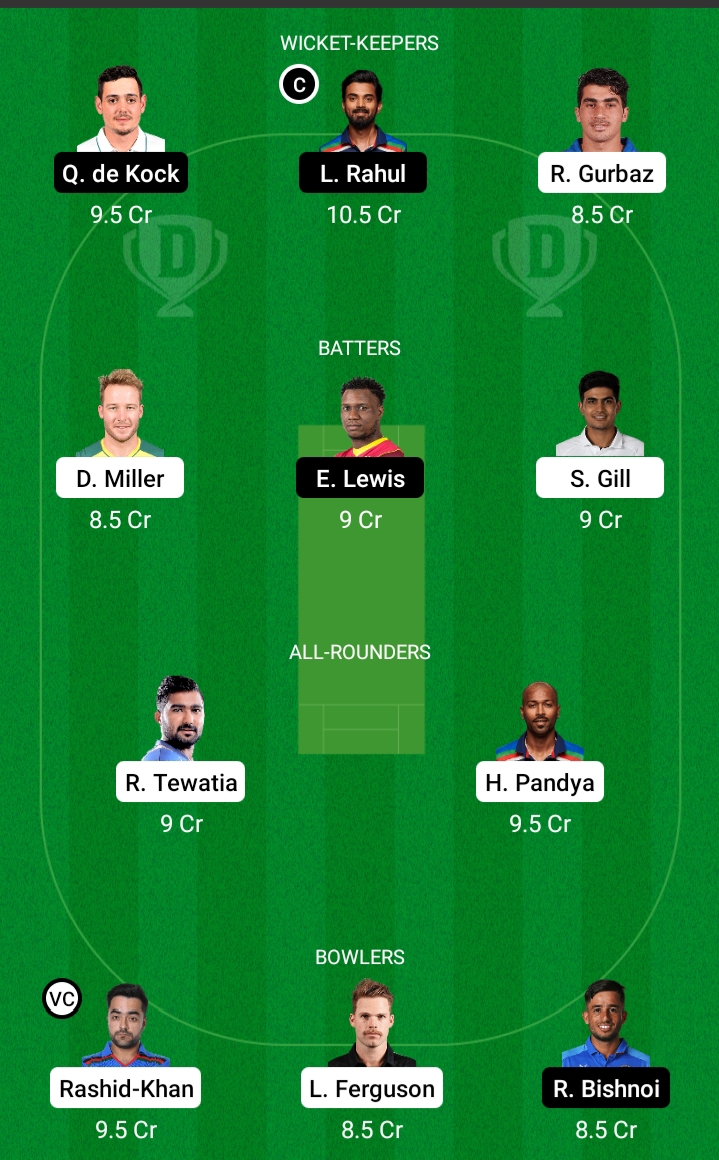