5 time champions Mumbai Indians will be locking horns with Delhi Capitals in match no 2 of IPL 2022 at the Brabourne Stadium. Despite not being able to win the trophy, Delhi Capitals was one of the most successful teams in the last 3 editions, having reached the playoffs 3 times and finishing runners up in 2019. Meanwhile, MI has won the trophy twice in the last three years. It was a tough decision for both teams as to which players to keep and which to let go during retentions. DC had to let go of their former captain Shreyas Iyer, Avesh Khan, and their highest wicket taker Kagiso Rabada. MI had to say goodbye to the Pandya brothers and Quinton de Kock.

DC had busy 2 days at the auction. The one table where the paddle was consistently up was DC's.
David Warner returned where it all started for him. With Avesh and Rabada gone, DC acquired Shardul Thakur, Kamlesh Nagarkoti, Lungi Ngidi and left arm trio of Khaleel, Mustafizur and Sakariya. Batting department was slotted with KS Bharat, Sarfaraz Khan and Mandeep Singh. Kuldeep Yadav and Vicky Ostwal will constitute the spin department. Anrich Nortje's fitness will be a huge concern for them. Rovman Powell and Mitchell Marsh are the all rounders.

When the auctions started, MI played the waiting game and reserved a significant chunk of money for Ishan Kishan. They got hold of the exciting Tim David and went onto strengthen their pace battery with Tymal Mills, Riley Meredith, Jaydev Unadkat and the biggest prize in Jofra Archer. Though Archer will not play in this edition but the duo of Bumrah and Archer will be close to unplayable in the seasons to come.

Surya Kumar Yadav might miss the 1st game for MI. This opens up an opportunity for the likes of Tilak Verma or Anmolpreet Singh. Delhi will miss the services of David Warner and Mitchell Marsh. U-19 star Yash Dhull might get a chance to open with Prithvi Shaw at the top. 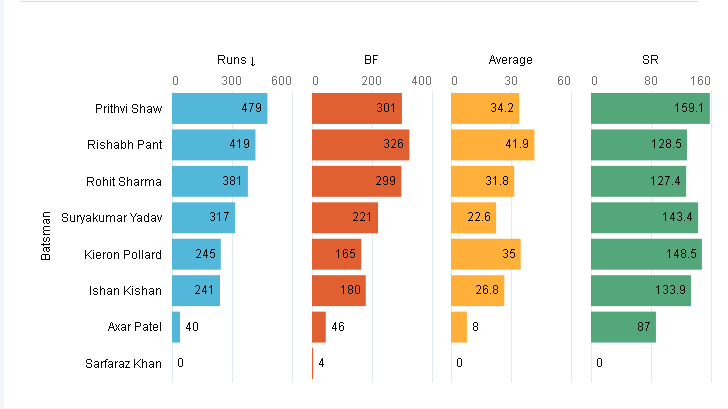 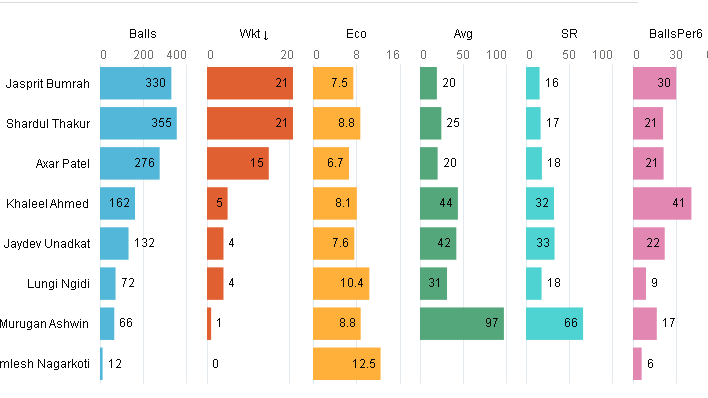 Prithvi Shaw: What makes Shaw different from the current crop of openers? Since Shaw’s IPL debut in 2018, he has scored 913 runs in the Powerplay at a whopping SR of 146.8. No one has scored more runs than him at a better SR. The next best on this list is Jos Butler with 622 runs at an SR of 149.

Rishabh Pant: Delhi's skipper has scored 2499 runs at a SR of 147 since his debut season in 2016. Only AB De Villiers has scored more runs than him in this period at a better SR. He thrashed all records when he recorded the most runs by an Indian middle order player with 684 runs in the 2018 edition.

Rovman Powell: Promoted to no 3 in the series against England, Powell scored a scintillating 107. He also displayed his skills in the recent t20i series against India. Powell is one of the most brutal hitter in white ball cricket. With Marsh's unavailability till 10th April, its expected he'll take the no 3 position in the batting line up.

Shardul Thakur: Be it any format, he has the knack of picking wkts and always delivers at crucial junctures. He picked up 21 wkts last season for CSK.

Jasprit Bumrah: He has taken 20 wkts against the Capitals and 6 of those are Rishabh Pant's wkts. With 130 wkts at an eco of 7.4 he is one of the best fast bowlers in the tournament. His nos at the death are 2nd to none and very few batters have manged to play him in that phase of the game.

Tilak Verma: The southpaw from Hyderabad was a member of India’s U19 World Cup in 2020. He was picked by MI at 1.7 crores after facing a little competition from SRH, CSK and RR. His last outings in VHT and SMAT are one of the major reasons why so many franchises raised the paddle for him. He scored 215 runs in SMAT at a strike rate of 147.

Kieron Pollard: This T20 giant hardly needs any introduction. Year after year, he has been bailing MI out in the middle order and has won countless games for the franchise from some tough situations. Though he was not at his absolute best last year, he showed what damage he can cause by playing a sensational knock agaisnt CSK at Kotla. 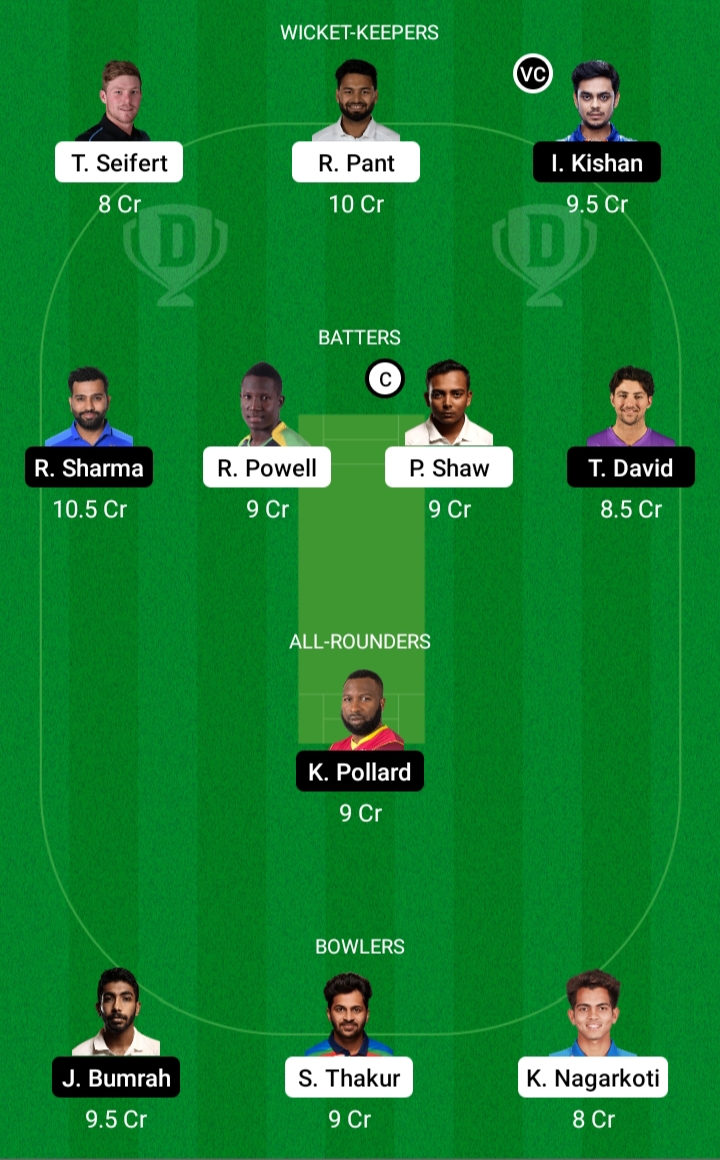