Not a lot of times do bowlers need to strategize for a sweep shot in the longest format. But now is the time to devise one, or is it not? Yes, but nothing to lose your sleepover as a spinner. I am coming across like an over-confident spinner by now, thanks to Joe Root’s callous sweeping of the Lankan spinners.

According to @cricvizanalyst on Twitter: Of the 61 sweeps Root played in the SLvENG series, only 3 had been edged while one was missed. In the 4th innings of the 2nd Test, Root lost his wicket while sweeping for the first time since August 2017. He had played 220 consecutive sweep shots between dismissals.

Matthew Hayden, Andy Flower, AB De Villiers, and Michael Hussey have all played this shot with such efficiency. And so have many others who just don’t make it to my mind right now! These CricViz stats might even tip the scales in favor of Root being called ‘the greatest sweep shot exponent’ the game has had. This series is not Root’s only claim to mastery over this shot. The 2016 Mumbai test in England’s tour to India, were early signs of how good he is at sweeping. But, I still am not losing sleep over this, just yet.

Another great English player against spin, Sir Geoffrey Boycott, rarely turned to the sweep shot, he would rather jump down to the pitch of the ball or rock back. But, not so many are as nimble on their feet as he was. Ask Ian Bell, and he tells you he played the sweep shot to disrupt the field and direct them to where he wanted them to be. ‘When in doubt, sweep’ is another famous line.

Ian Bell, Joe Root, and Michael Hussey have all their masterclass videos on this shot. Everyone agrees on the utility of this shot when playing out of the rough. They all agree that the feet need to get to the pitch of the ball, head right in front of the pads, and the wrists smothering away the spin. It is all the qualities you ever need to play spin, sweep shot or not. Each of them agrees on the perils of the sweep too. 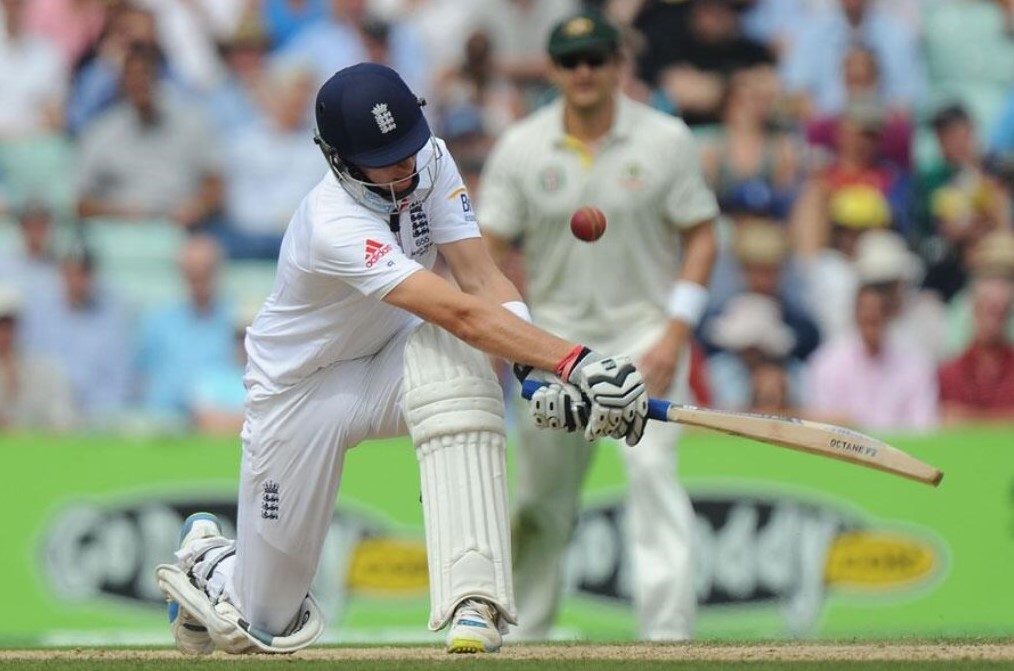 For starters, it is a cross-batted shot. There is so much that can go wrong with this shot. If you are too early on the ball on the slog sweep, the head position might go up early and the ball too would be on its way up, rather than going down. When you are playing the conventional sweep, the pad is often times making its way across the stumps and even a slight error in judgment would be curtains like Root found out in the 2016 Mumbai test. A rather innocuous ball from Jadeja, that turned ever so slightly and he was struck plumb in front. 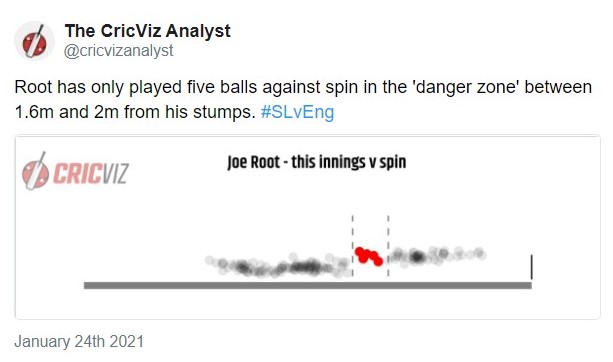 This is why my fear of the sweep dominating the entire series evaporates. There are bigger aspects about his game that should worry the Indians. “Joe Root’s interception points”. He hardly played anything in what ‘CricViz’ terms as a danger zone against the spinners. Right forward or right back.

Without taking any credits away from Root, there was no one in the Lankan team that could consistently find the drift and dip. When Dilruwan Perera got one to drift away and turn back, in the 31st over of the 2nd innings at the 2nd test, the ball was nowhere close to Root’s sweeping blade. There were not too many balls that had the same drift before and after that one.

The difference between missing the ball and making contact is correlated with where a batsman perceives the ball to land. Once that perception starts to look murky, sweep shots are more a jailbreak shot than anything else.

The Indian spinners are a different kettle of fish. Ashwin even has that away swinger, let alone his drift and dip. While the Sri Lankan spinners were similar in speeds, their Indian counterparts have a 15 kmph range, from Kuldeep’s slow turners to Sundar’s quicker darters. A combination of this could disrupt the near-perfect interception points.

Remember the Lankan bowlers don’t play IPL. Why am I talking about the IPL here? You see all kinds of sweeps there. Reverse, paddle, conventional, and slog. The Indians have been time and again exposed to this shot. They are able to create the perception, through their trajectory, that it is a shorter ball while still bowling quite full. That is a handy thing to have against a sweep. 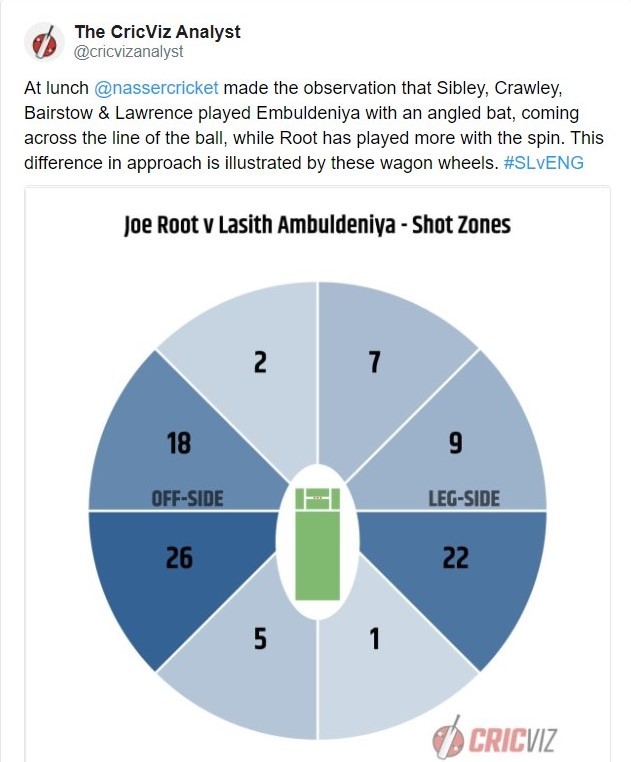 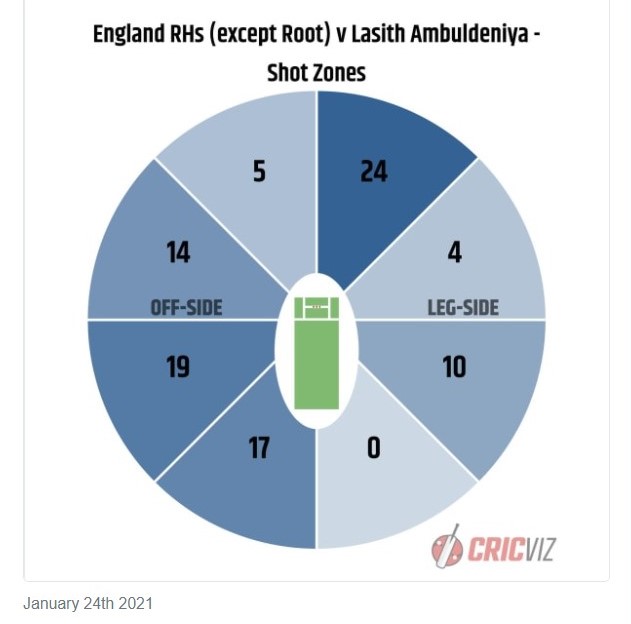 Joe Root’s success with the sweep was all about picking and choosing which ones to sweep as this CricViz tweet illustrates. With the Indian pacers bowling long and dry spells, there are more chances of a false shot against the spinners. Root might not be able to pick and choose with such clarity.

Not ruling out another sweeping lesson from the English batsman, but if Root replicates the interception points with his footwork, the Indians should be praying and hoping he goes for the sweep and not the straight batted loft or defense. They will always be in the game, it will always keep them hopeful. The best way to plan for the Root’s sweep is to not plan for it and forget the Sri Lankan sweep ever happened.