WI have played 5 ODI series this year and have managed to win only against NED. They suffered a home loss against Ireland, Bangladesh and in Pakistan and India. Since the start of 2020, they have played 10 ODI series and won only 3. With the retirement of Pollard and unavailability of Lewis and Hetymer the Windies side have suffered a huge setback. There have been few good performaces at an individual level from the likes of Brooks and Hosein but overall they are a highly inconsistent unit. Friday's win would have been a huge achievment for them as they narrowley fell short of 3 runs while chasing 308. This is the 2nd time they have scored 300 at home against India and failed to win the match while chasing. Overall they have won just 3 games against India while chasing a target of 300+.
Windies will take lots of positives from the 1st ODI. Ind were cruising towards a target of 400 but bolwers pulled back things brilliantly in last 16 overs and conceded only 95 and took 6 wkts. Half centuries from Mayers, King and a late bloom from Shephard at the end almost put them at the feet of victory.

Atleast 6 major players have been rested for the ODI leg of the WI tour. With a packed schedule and 2 important t20 tournamnets lined up in next 3 months it was a wise move by the management and selectors to field a fresh side. With Pant, KL, Hardik and Jadeja, India's middle order looks strong and probably they will play with same combination till  the 50 over WC next year. They even have SKY and Iyer as backups. Hence this series doesn't serve much purpose in view of the 50 over WC but it opens a great opportunity for the likes of Hooda, Gill, Samson  to showcase their talent. For someone who debuted 3.5 yrs ago and has played just 3 ODIs since then, Gill had a promisng start to the series before getting runout on 64. With 2 more ODIs, Zim and SA series there is a lot of ODI cricket lined up for these players.

Shai Hope: He is the 3rd fastest batsman to reach 4000 ODI runs in terms of innings (88). He is the glue in this Windies line up. He has gone through a little decline in last 18 months as he is averaging just a touch above 40 since 2021 compared to his career average of 50. Hope averages 43 against Ind with 2 centuries and 4 half centuries.

Shikhar Dhawan: Since 2020, Dhawan is averaging 50+ in the format across 20 innings. He is the most experienced batter in the side and played his 150th ODI inning in the last match. Only Kohli and Amla had more runs after 150 ODI innings.

Yuzvendra Chahal: He has been of the consistent spinners in this format in last 5 years. He took a 4 wkt haul against Eng in the 2nd ODI and with that now has a 4 wkt haul in 3 out of the 4 SENA countries with a career best figures of 6/42 in AUS. Given the nauture of wkts in the carribean and Windies batter's struggles against the spin he has a huge role to play in the series.

Akeal Hossein: He has been Windies best spinner in ODIS for a while. He has picked 37 wkts since 2021 which is the most by any WI bolwer since 2021 at an impressive eco of 4.5.

Nicholas Pooran: He is averaging 17 this year in ODIs but had an amazing t20i series against Ind earlier this year and a decent IPL against these bowlers, 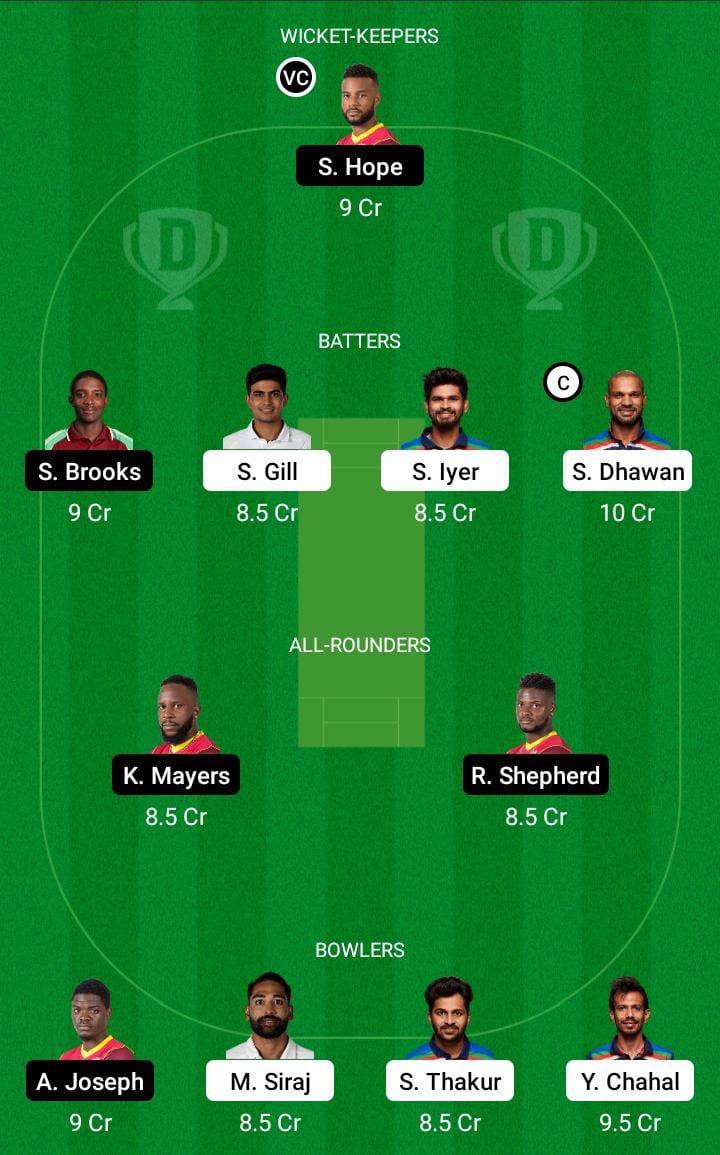 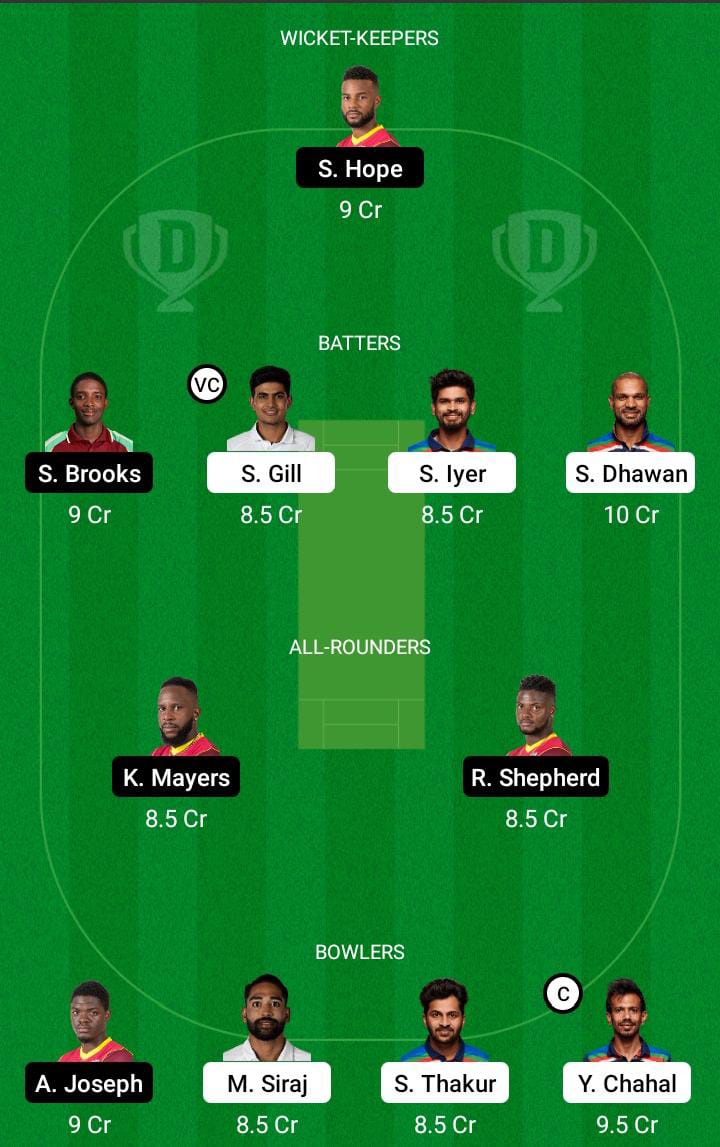