GT have become the 1st team to qualify for the playoffs. It goes without saying that LSG and RR have also sealed their spots unless we witness some unexpected series of events which could lead to a team with 16 points without a playoff spot. The equation for DC & PBKS is simple, win 2 out of the next 2 games.

2019-2021 was a golden period for DC, they made it to the playoffs all 3 times and even reached the finals in 2020. Many echo the same sentiment that it was DC's best chance to lift the trophy and it could take a while to build that type of squad again. DC have suffered a huge set back with Shaw's unavailability due to illness but they will be relieved after Nortje's form in the last 2 games. Middle order had been DC's achilees heal. Apart from Powell no one had scored a 50 till last game. Mitchell Marsh played a classic knock of 89 and took DC over the line. Pant is getting good starts in almost every game but is unable to convert them into big ones. Another area of concern is Kuldeep's blow hot blow cold form. He has taken 19 wkts so far, but almost half of them have come against his former team KKR and he has been expensive in other outings.

PBKS had one of the most ecplosive batting line ups on paper before this season but they failed to click together as an unit. Mayank Agarwal is going through his worst season and managed to score only 1 50. Rajapaksa had to make way for Bairstow who himself couldn't buy a run in the middle order. ShahRukh Khan & Odean Smith were another such disappointments. The lone bright spot in the midle order is Liam Livingstone. He has the best SR in this season for a batter and is 3rd on the list of most sixes hit. Arshdeep Singh has the best eco in death overs but is not supported by Rabada enough. This is the 4th consecutive season where Rabada has taken 15+ wkts and is on the brink of fastest to 100 IPL wkts.

David Warner: One of the most consistent batters in the history of the league. Warner had marked his presence in this season with 3 back to back half centuries. He has 8 50+  and 2 40+ scores in his last 16 T20 innings. DC will miss the services of Shaw. Shaw & Warner are one of the most lethal opening pairs of the tournament. They have put up 4 consecutive scores of 50+ and that too at an excellent RR.

Liam Livingstone: He had a tough outing last year with an average of just over 8 in 5 games. Liam was the highest scorer in The Hundred with 348 runs. He scored England's fastest ever international century when he reached the milestone from just 42 balls against Pakistan at Trent Bridge. With 60(32) and 2 wkts against CSK, a quickfire 60 against GT and another solo show against SRH proves he has really arrived and its just a glimpse of what we are going to witness in upcoming years.  He has 4 50s as a middle order batter and a SR of 181 in this season. He  has hit 29 sixes so far.

Jonny Bairstow/ Rishabh Pant: Bairstow had a season to forget and found no success in middle order. He was promoted up the order and played a blinder in the powerplay against RCB to gave PBKS an amazing start. Pant Has scored the most runs in this season without scoring a 50. He has scored the 2nd most runs against Spin (185) at a SR of  165.

Rovman Powell: He had an amazing streak of 4 games where he scored 171 runs from 87 balls. 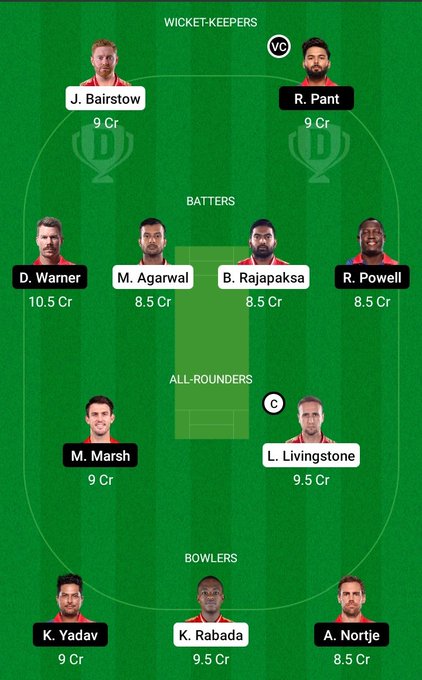 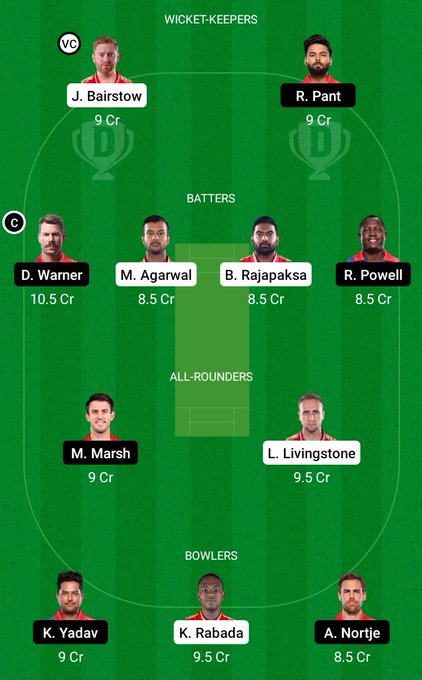