L L L L L L L  - The men in blue's last 7 outings against the proteas this year and it appears as if the streak won't end anytime soon. SA are a strong t20i unit. They have won their last 13 out of the 14 t20is and are on the verge to win their 4th consecutive series win in the last 12 months. What makes this side even more dangerous is they played without 2 of their biggest match winners. In the past 12 months, Aiden Markram has scored 570 runs for SA at a SR of 148. He had a very good outing in t20 wc and was featured in ICC's team of the tournament. Markram is also a useful part time off spinner and does the job well in Powerplay. QDK was replaced by Klaasen and he replied with a match winning 81 which was the 4th highest individual score against India while chasing at home.

Spinners have been India's biggest weak link in the 2 games so far. Axar & Chahal have conceded 135 runs in 11 overs.  Chahal who has been brilliant in the IPL over the years has failed to replicate his form in intls for 2 years now. He is averaging 46 with an economy over 9. India should look to bring in Arshdeep Singh who was brilliant in the death overs and had the best economy in that phase in IPL.

Ishan Kishan: He has the most runs for an Indian opener in first ten t20i innings (375) and scored over 70 runs against Nortje in the format with over 200 SR. So far he has shown a good intent in both the games compared to the underwhelming IPL season he had.

Hardik Pandya : India's best all rounder had an outing to forget last year in IPL. Due to Injuries, Hardik had not been bowling and subsequently lost his place in the national side for these 2 reasons. This IPL was a great opportunity for him to win the trust back of the selectors and make a strong statement ahead of the t20 wc. He led from the front both with the bat and the ball in this season. He is the 4th highest run scorer in this season with 487 runs and has most 30+ scores ( 8). Did a brilliant job with the ball in the final and in few league games in Powerplay phase. In 1st t20i, he scored 31(12)* coming into bat in the 17th over. This is the 3rd time he has scored over 30 at more than 250 SR in t20is. 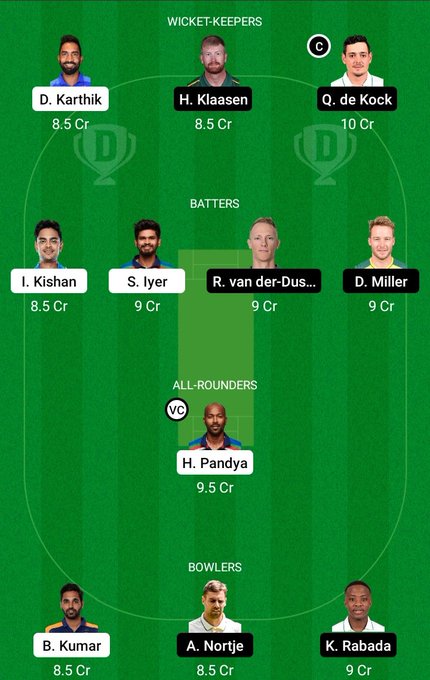 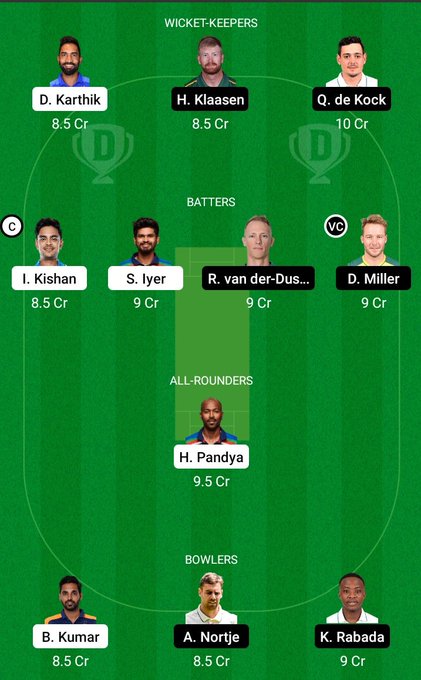