Two days of high intensity, action packed drama of IPL 2022 Mega Auction has come to an end in Bengaluru with 204 players finding a spot in 10 teams. Out of which 137 were Indian players and 67 were overseas. The franchise owners were on a spending spree and splurged crores while fiercely competing with their counterparts in a quest to build their best sides. A mind boggling amount of 551.7 crores was spent by the 10 franchises.

Ishan Kishan was the most expensive player in the auctions with 15.25 crores after Mumbai Indians' successful bid for him in an intense battle with Sunrisers Hyderabad. Liam Livingstone became the most expensive overseas player of this auction and found a new home in Punjab Kings for 11.5 crores. Uncapped players Rahul Tewatia and Shahrukh Khan were sold for 9 crores each whereas pacer Avesh Khan was the most expensive uncapped player in IPL history with 10 crores. The league also saw a record 11 players bagging deals for more than 10 crores. MI and CSK spent more than 10 crores for the first time.

Punjab started Day 1 with a bang when they bought the prolific southpaw Shikhar Dhawan and the Proteas quick Kagiso Rabada. Thus their opening combination of Dhawan-Mayank in batting and Arshdeep-Rabada in bowling were instantly sorted.
That was almost 1/3rd of the job done. They continued their good run with bagging one of the best explosive wicketkeeper-batsman in Jonny Bairstow. With Shahrukh Khan and Liam Livingstone adding firepower in the middle order, Punjab have covered almost every base. A leggie in Chahar, SLA in Brar and an exciting all-rounder in Odean Smith makes it one of the most complete sides. 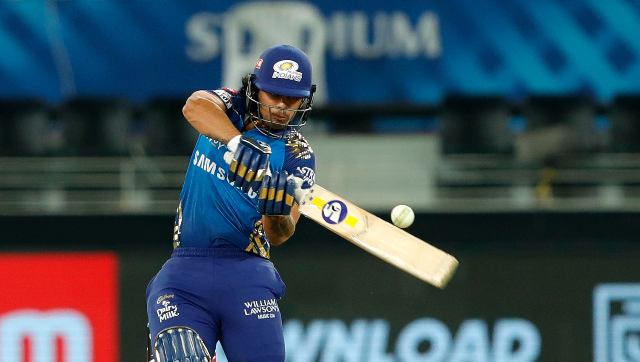 MI had plenty of spots to fill with their limited purse after the end of Day 1 in the auctions. Apart from Ishan Kishan, they had a pretty off first day. But champion sides are known to make a comeback, both on and off field. They got hold of the exciting Tim David and went onto strengthen their pace battery with Tymal Mills, Riley Meredith, Jaydev Unadkat and the biggest prize in Jofra Archer. Though Archer will not play in this edition but the duo of Bumrah and Archer will be close to unplayable in the seasons to come.

CSK did what they do in every mega auctions, that is, try and maintain their core players as much as they can. Except for Raina they did bid for almost every CSK player that played in 2021 but had to let go off their biggest overseas performers Faf du Plessis and Hazelwood from the champion 2021 squad to their neighbours RCB. CSK focussed on investing seam bowling all-rounders yet again. U-19 sensation Rajvardhan Hangrekar, Shivam Dube and Proteas all-rounder Dwaine Pretorius were their notable picks in this category.

SRH once again showed a lot of faith in the young uncapped Indian players as evident from their signings with Priyam Garg, Abhishek Sharma, Kartik Tyagi, Suchith and Rahul Tripathi on Day 1. They also managed to buy back Bhuvi and Natarajan who are currently struggling with form and fitness but have done exceedingly well for them in the past. Pooran, Markram and Abdul Samad in middle order will give much needed fire power, an area where they were struggling in the last season. Addition of Romario Shepard and Marco Jansen to the all rounder list further strengthens their side.

The debutants already had done a pretty decent job by signing the world's best leg-spinner Rashid Khan and the hard hitting all-rounder Hardik Pandya during retentions.
Perhaps, they bagged the biggest deal in Jason Roy at his base price of just 2 crores. One area where GT heavily erred was not investing in a wicketkeeper. Until the dying hours, the squad was without any keeper before they bought Saha & Wade in back-to-back bids. Kiwi pacer Lockie Ferguson was their best buy who will be well complimented by Mohammad Shami. 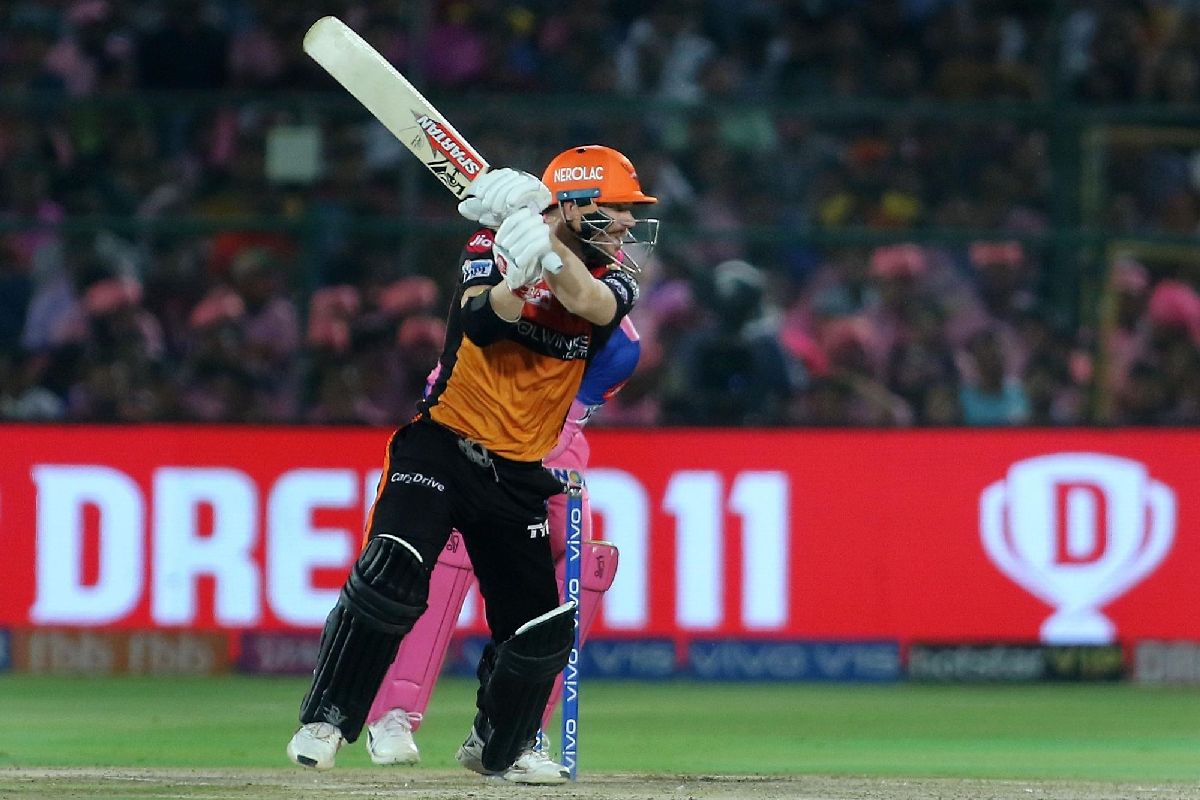 "I don't know who you are, but I will definitely bid for you" this is what Mr Grandhi had in his mind before coming to the auctions. Several videos went viral on social media where he can be seen mouthing something that can attest to the fact that he made several bids just to empty rival pockets. The one table where the paddle was consistently up was DC's.
David Warner returned where it all started for him. One area where DC were too smart was the fast bowlers category. With Avesh and Rabada gone, DC acquired Kamlesh Nagarkoti, Lungi Ngidi and left arm trio of Khaleel, Mustafizur and Sakariya. Batting department was slotted with KS Bharat, Sarfaraz Khan and Mandeep Singh. Kuldeep Yadav and Vicky Ostwal will constitute the spin department. All these buys including Yash Dhull came cheap without shelling a lot of money and DC had no difficulty in acquiring them. 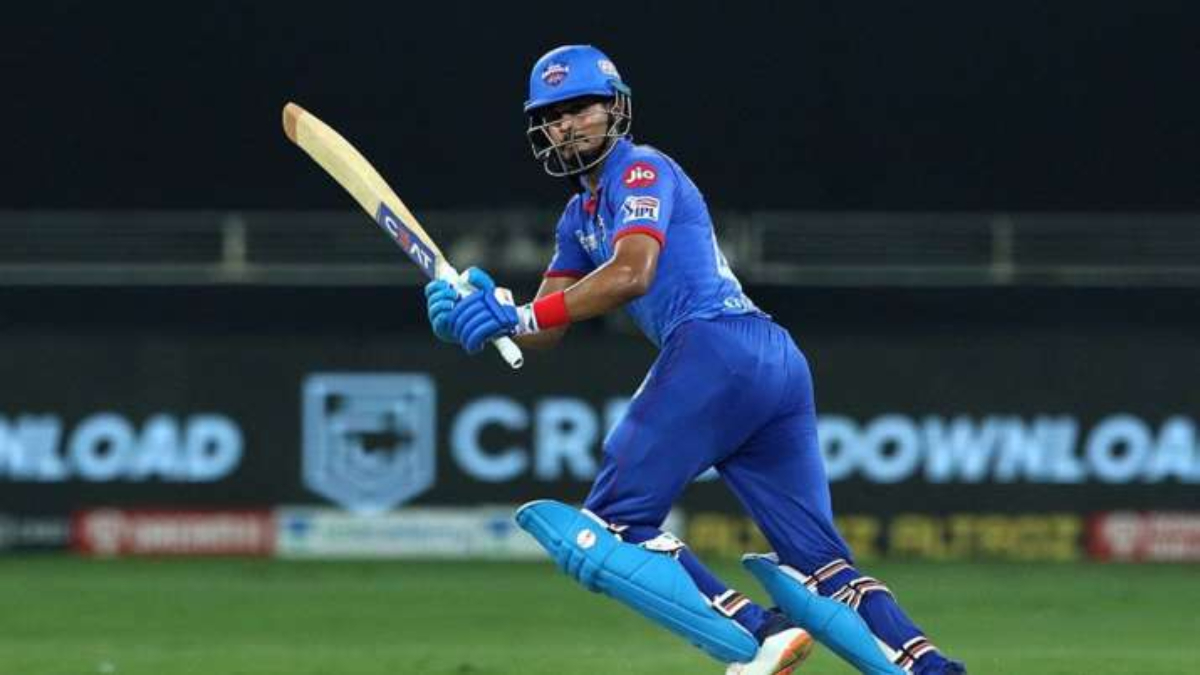 Day 1 started with KKR aggressively pushing for Pat Cummins and Shreyas Iyer from the marquee list. They were successful in acquiring both of them with Iyer touted as potential captain of KKR. The franchise was again involved in an aggressive bid, this time for Nitish Rana with same success. But that left them with very little in the purse (12 cr) and plenty of spots to fill. KKR's performance on Day 2 was even better, especially when teams had to submit a list of 'interested' players where they got hold of Nabi, Umesh, Hales and Lankan all-rounder Chamika Karunaratne. 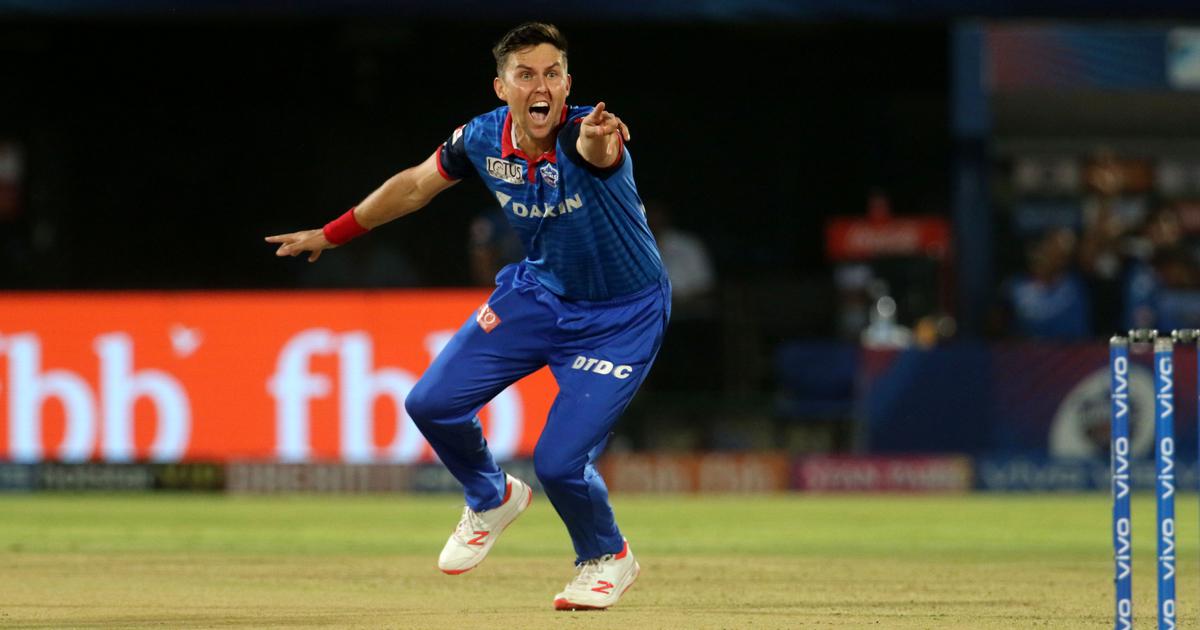 Getting Ashwin and Chahal for a combined 11.5 crores was the best hand played by RR in the auctions. Having picked only 3 overseas players till the last hour, RR had no second thoughts about filling their remaining spots with Rassie, Neesham, Daryl Mitchell and Coulter-Nile. They might look to push Buttler in the middle with Hetmyer considering the lack of power-hitters for the middle and death overs. That opens up an opportunity for Jaiswal and Devdutt to open. 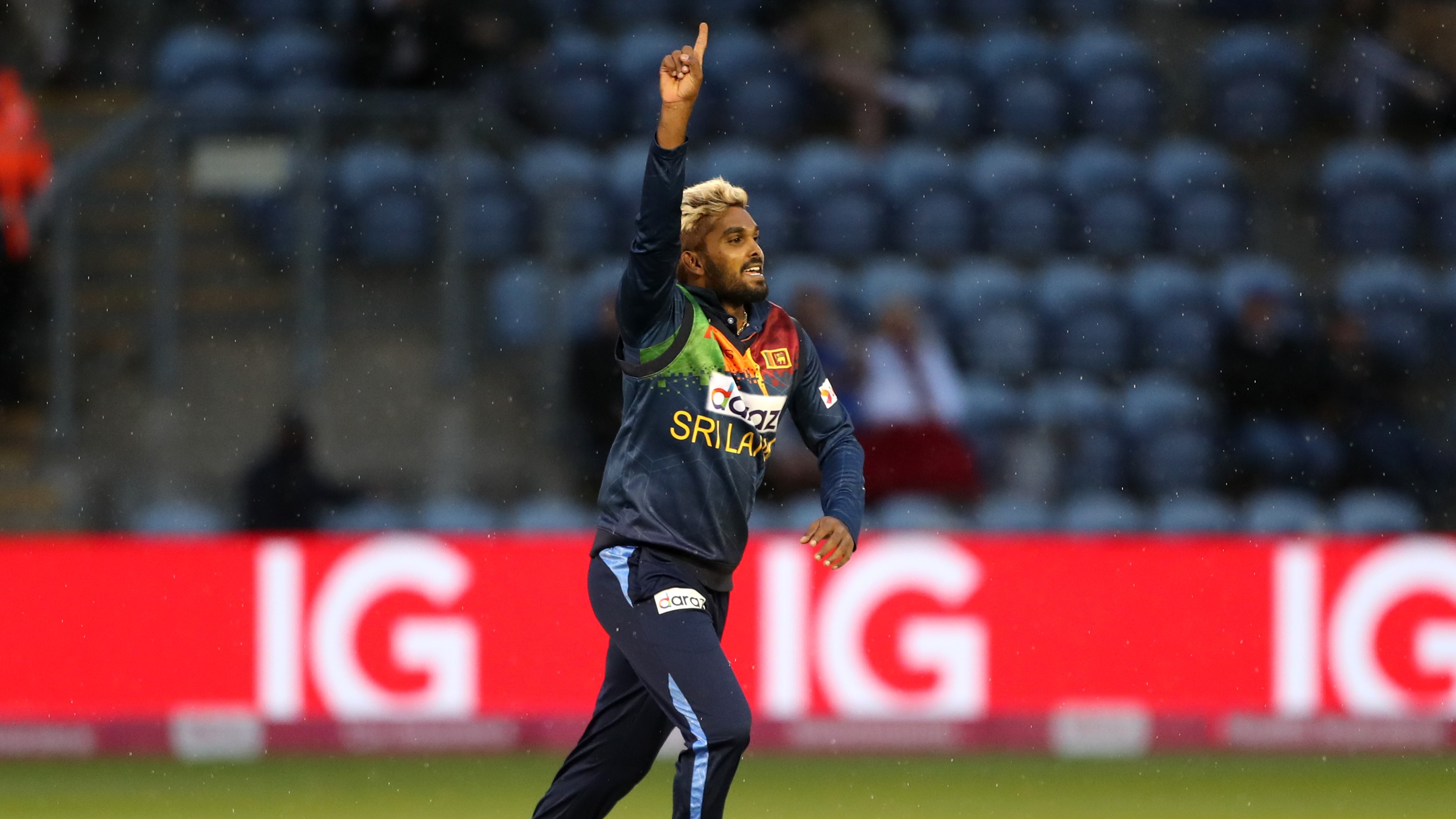 RCB have a balanced looking bowling attack with Siraj and Hazlewood in powerplay and Harshal at death. Spin department will be taken care of by their biggest buy Hasaranga, Shabaz and Glenn Maxwell. RCB lack a trusted off-spinner and a left-handed batsman in top 6.
They have gotten hold of many talented uncapped Indians like Luvnith Sisodia, Suyash Prabhudesai, Anuj Rawat, Mahipal Lomror and Akash deep though. Letting go of Chahal might just prove too costly for them. 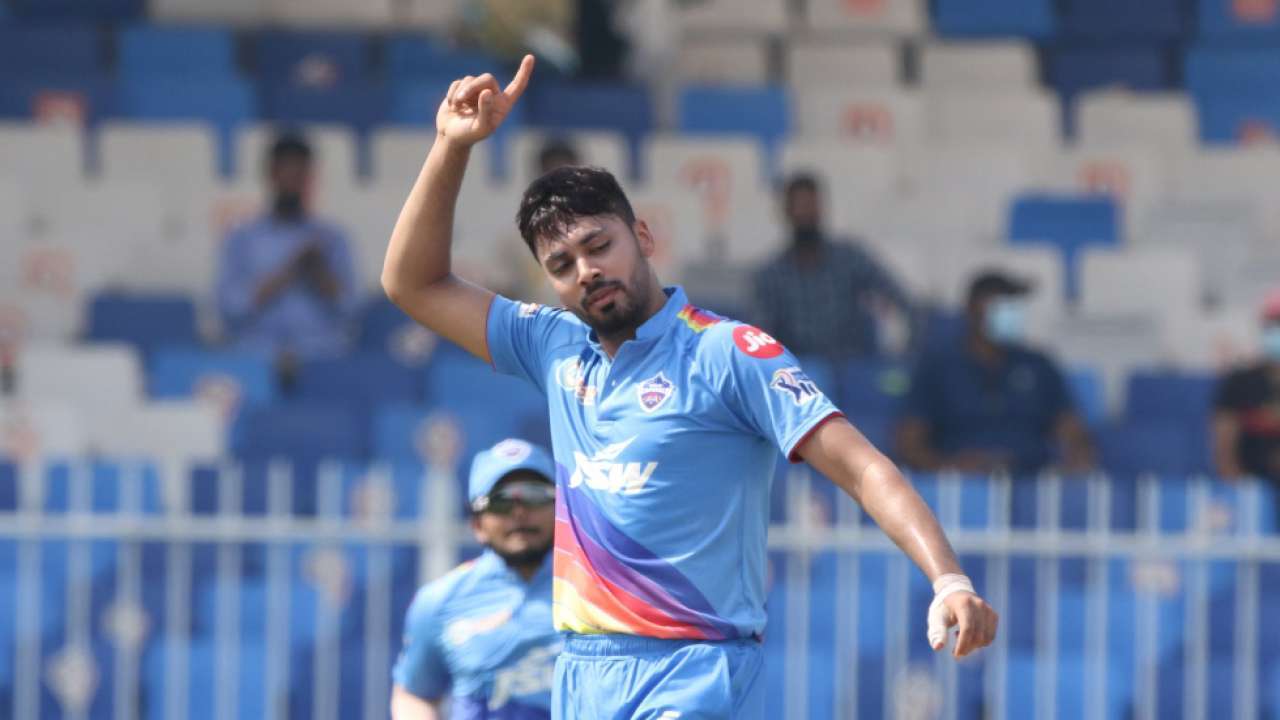 The new entrants were probably the best perfomers along with Punjab on Day 1. The duo of Gambhir and Andy Flower did not disappoint in their first assignment. Captain of Lucknow will be spoilt for choices with so many good picks and the combination of playing XI will majorly depend on the choice of strategy he wants to deploy.

Already has 2 left-handed openers to partner with Rahul in QDK and Lewis. Both types of all-rounders in Jason Holder, Krunal Pandya, Deepak Hooda along with Stoinis are available at his disposal while pace battery is evenly sorted with Mark Wood, Avesh Khan, Ankit Rajput and Chameera. It is fair to say Lucknow don't have any chinks in thier armour as of now and probably have aced the auction in their very first attempt.