The 5 times champions Mumbai Indians take on the Punjab Kings in match no 23 at the MCA stadium in Pune.

2008, 2014, 2015 and now 2022. MI aren't new to losing their 1st 4 games. The even won the championship in 2015, made it to playoffs in 2014 and missed out narrowly in 2008. But things are diff this time. In a 10 team tournament is quite difficult to seal your spot in top 4 and this MI side is weak on many fronts. What has been more bizarre from MI is their selections and playing 11 combinations in the 1st 4 games. They benched Tim David who after one failure who they aggresively pursued in the auctions and went with just 2 Overseas players in the last game. MI most probabaly lost this season at the auctions and spending 8 cr on Jofra Archer who wasn't going to take part this year has proved costly.

The Punjab Kings campaign has been better than what their position in points table depicts. They started with a bang by chasing 205 v RCB, defended a modest total according to Brabourne standards against CSK and lost to GT by conceding 2 sixes in last 2 balls. Liam Livingstone has been their biggest star so far with 162 runs at a SR of 190. Opening has been their achilees heel. Touted as the best opening pair before the auctions both Dhawan and Mayank are yet to provide explosive starts in the Powerplay. PBKS would look to draft Benny Howell in the side for Odean Smith or they could somehow get Rishi Dhawan in the 11 and play both Rajapaksa and Bairstow.

Suryakumar Yadav: MI missed a stable middle order batter in the 1st 2 games and were boosted by the addition of Sky in the  match against KKR. He is a vital cog in this MI line up and has produced 3 consecutive 400+ seasons from 2018-20. Returning from injury, he started slowly in the last game but ended his innings with 52 from 36 balls. He produced yet another half century against RCB in his last game.

Ishan Kishan: He has 4 50s in his last 8 innings and has a very good head to head record against Kagiso Rabada.

Liam Livingstone: He had a tough outing last year with an average of just over 8 in 5 games. Liam was the highest scorer in The Hundred with 348 runs. He scored England's fastest ever international century when he reached the milestone from just 42 balls against Pakistan at Trent Bridge. With 60(32) and 2 wkts against CSK plus another quickfire 60 against GT proves he has really arrived and its just a glimpse of what we are going to witness.

The southpaw from Hyderabad was a member of India’s U19 World Cup in 2020. He was picked by MI at 1.7 crores after facing a little competition from SRH, CSK and RR. His last outings in VHT and SMAT are one of the major reasons why so many franchises raised the paddle for him. He scored 215 runs in SMAT at a strike rate of 147. Tilak Verma became the youngest batter for MI to score a half century in the last match against RR and followed it up with a 38 against KKR.

No one had scored more runs than Mayank Agarwal in 2020 and 2021 seasons combined at a better strike rate. He has 4 straight failures this season. Taking a punt on Mayank is not a bad option. Same case with Dhawan and Rohit who are yet to fire in this edition.

MI to register their 1st win and will convincingly defeat PBKS. Bumrah's spell will be a match defining one. 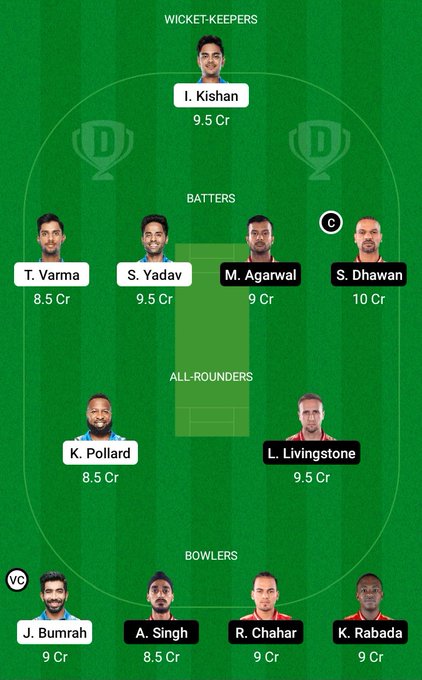 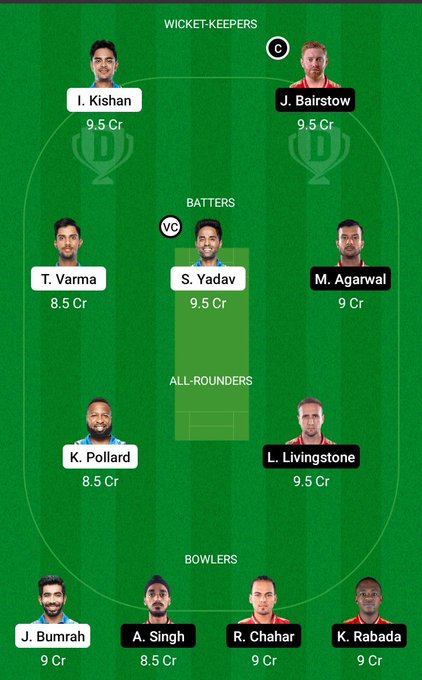