Till last week, there were no clouds about SRH's qualification chances for the playoffs as they had won 5 consecutive games and were looking a lethal all round unit. Things have gone only south for the Orange army since that game against GT where they couldn't defend 21 in the last over and lost back to back games against CSK and DC. To make matters worse their squad has been marred by injuries. Sundar has again suffered a split webbing on his hand, T Natarajan who is SRH's highest wkt taker this season with 17 wkts did not feature in the last game. Marco Jansen & Suchith also had to miss the last game. Perhaps, its now the right time to take a call on Williamson's place in the squad. He has played 10 games and is striking below 100. According to cricviz analyst, his impact is - 85. Or, he could still play as a finisher and let Tripathi open. Him playing dot balls has cost SRH big time in last few games. Each and every games is important from here to qualify for the playoffs. GT & LSG have their one foot in playoffs, while RR is knocking on the doors with 14 points. Basically, the fight is between SRH, RCB, DD for the 4th spot.

After losing 3 consecutive games against SRH, RR and GT, RCB's campaign was finally back on the track with a 13 run win over the defending champions CSK. Mahipal Lomror was the star in the batting department with his 42 and DK did what he has been doing all this season by finishing the innings to take RCB to a competitive score of 173. Batting, esp the powerplay still remains a huge concern for RCB. Faf du plessis 139 runs at 100 sr, Virat Kohli 81 runs at 109 sr, Anuj Rawat 77 runs at 92 sr doesn't paint a good picture. Maxwell's SR has been brilliant but he has been on & off and hasn't post a big score apart from a 50 against DC. For the 1st time in many seasons, RCB's bowling unit looks well settled and with Siraj coming back to form it could become more potent.

Abhishek Sharma: Had a poor start to the season and their were questions regarding his price tag and why SRH wanted him at all cost. Abhishek is now the 6th highest run scorer of the tournament with 331 runs at a SR of 134. He has been consistently providing good starts to SRH in PP.

Wanindu Hasaranga / Josh Hazlewood: 16 wkts at an eco of 8. Hasaranga has got a big wkt in almost every game and almost sealed the games against MI, RR, DC & CSK in RCB's favour with his bowling. RCB missed a strike bolwer in the initial games due to Josh's absence and Siraj's form. But since Josh has joined the side he has taken 11 wkts in 7 games.

Nicholas Pooran: SRH's lack of batting depth has hurt their chances in last 2 games while chasing and they left it too much for Pooran to do all bt himself. He has scored 64* and 62 in his last 2 innings.

The likes of Kohli & Williamson are going through their worst ever season and time is ticking for them. The stage is set for big players like them when their team needs a win in almost every game. 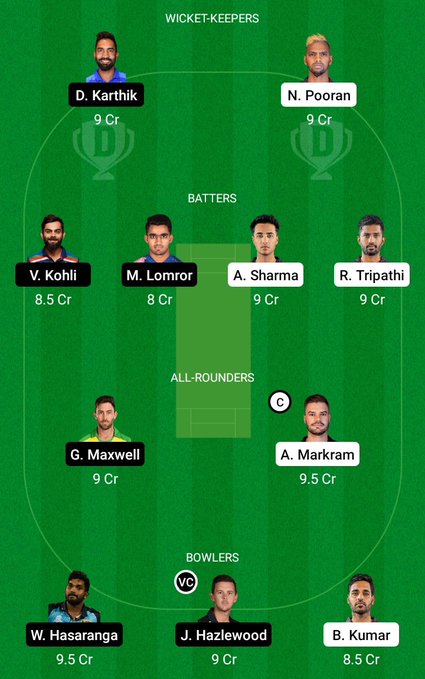 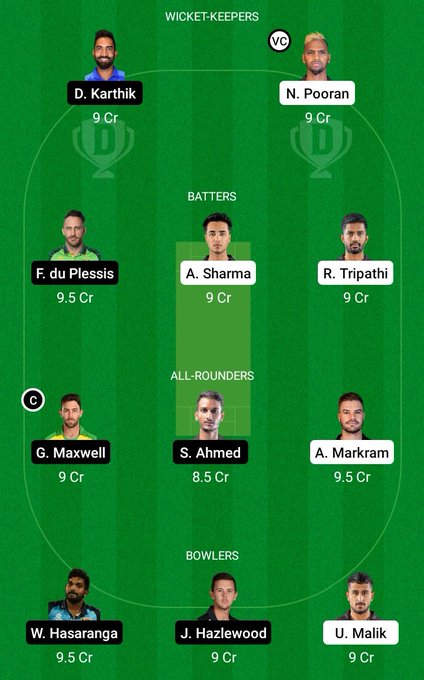