India's biggest festival is finally here. Last year's champions Chennai Super Kings are ready to lock horns with Kolkata Knight Riders in the opening game of 2022 IPL at the Wankhede Stadium. CSK have a new captain in Ravindra Jadeja whereas KKR wil be led by Delhi's former captain Shreyas Iyer.

In the auctions, CSK went with the same plan they did in previous years. They showed interest in every player from the 2021 squad, but failed to buy back 2 of their overseas stalwarts Faf and Hazlewood. The team has been dealt a blow as Deepak Chahar will miss few games with a quadriceps muscle tear, Moeen Ali will miss the opening match but will be available in the second game. It opens the door for U 19 star Rajvardhan Hangrekar or Mumbai Pacer Tushar Deshpande. It won't surprise anyone to see Hangrekar start in the 11 due to CSK's fondness for batting deep. The team is expected to open with Devon Conway, or Uthappa could open and Conway could play at no 4 in order to handle spinners.

KKR achieved the unthinkable last season by reaching the finals despite having the worst possible start. It was quite clear this year that they were going to get a captain in Shreyas Iyer and build the team around him. Their strategy has been somewhat puzzling  when they ended up spending a significant sum on getting Nitish Rana. KKR are missing a strong opener to pair with Iyer. A lot will depend on Russell and Billings in the middle order. With no Cummins and Southee available for the 1st game, they'd be forced to play SL all rounder Chamika Karunaratne. Umesh and Mavi are expected to take the new ball. They have also signed 2 exciting players in Ramesh Kumar (also called as Jalalabad's Narine) and fast bowler Aman Khan. 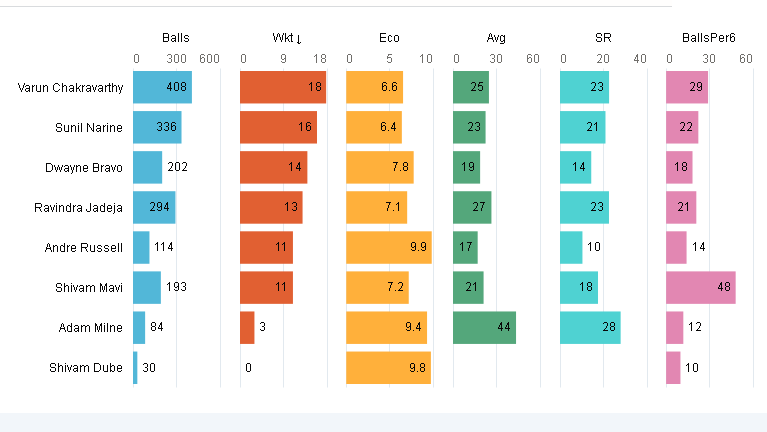 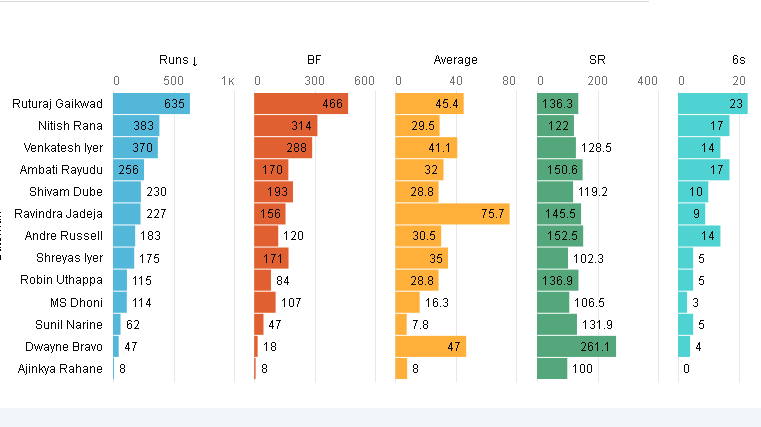 Ruturaj Gaikwad: 635 runs in IPL 2021. This was a record breaking season for the youngster who scored most runs in an edition by an uncapped player and won the Orange cap. Ruturaj has been in terrific form since then. He was the top scorer in VHT with 603 runs at an average of 150 and scored 259 runs in SMAT at an average of 51 and a SR of 149. He knows how to pace his innings, understands his role in a partnership and takes on favourable match ups. This was evident during his opening partnerships with Faf du Plessis last year.

Ambati Rayudu: With all the limelight surrounding Faf and Gaikwad, Rayudu's contribution last season went under the radar. He scored 256 runs in middle overs and death at a SR of 150.6 with 17 sixes. Rayudu wasted no time and went from ball 1 in almost every game. Needs 84 runs to complete 4000 runs in the IPL

Andre Russell: The 2 time MVP of the IPL has been relatively quiet with the bat in the past 2 seasons. Russell is still one of the most dangerous striker's of the ball in world cricket. With the IPL back in India , we can expect him to be near his "2019" self. Russell strikes at 229 at the death since 2018 and if he is at full fitness then he could complete his quota of 4 overs as well

Varun Chakravarty: He has been a revelation and is one of the major reasons for KKR's success in the last 2 editions. 35 wkts at an eco of 6.7 and dot ball % of 36 are highly impressive nos for a spinner.

Sunil Narine: 20 wkts at an eco of 6.6 and dot % of 37 are Narine's nos against the men in yellow. Though he hasn't taken lot of wkts in the last 2 editions, he has been mighty succesful in keeping a lid over the scoring rate. KKR will most likely use him as a floater in the middle order given the situation of the game.

Shreyas Iyer: Since Nov 2019, Iyer has scored 705 runs for India at a SR of 150. He is in brilliant form in every format and made a huge mark in every opportunity he got in the recently concluded home series. He has expressed his desire to bat at 3 for KKR. Upon his return from injury, he played 4 crucial knocks for Delhi in the UAE leg.

Venkatesh Iyer: After having an impressive debut season while opening in the UAE leg, he was immediately selected as a net bowler during T20 World Cup and picked for the NZ series. So far he has hardly put a foot wrong in t20is. With no Hales and Finch arriving after 5 games, the onus on providing good starts solely depends on him. 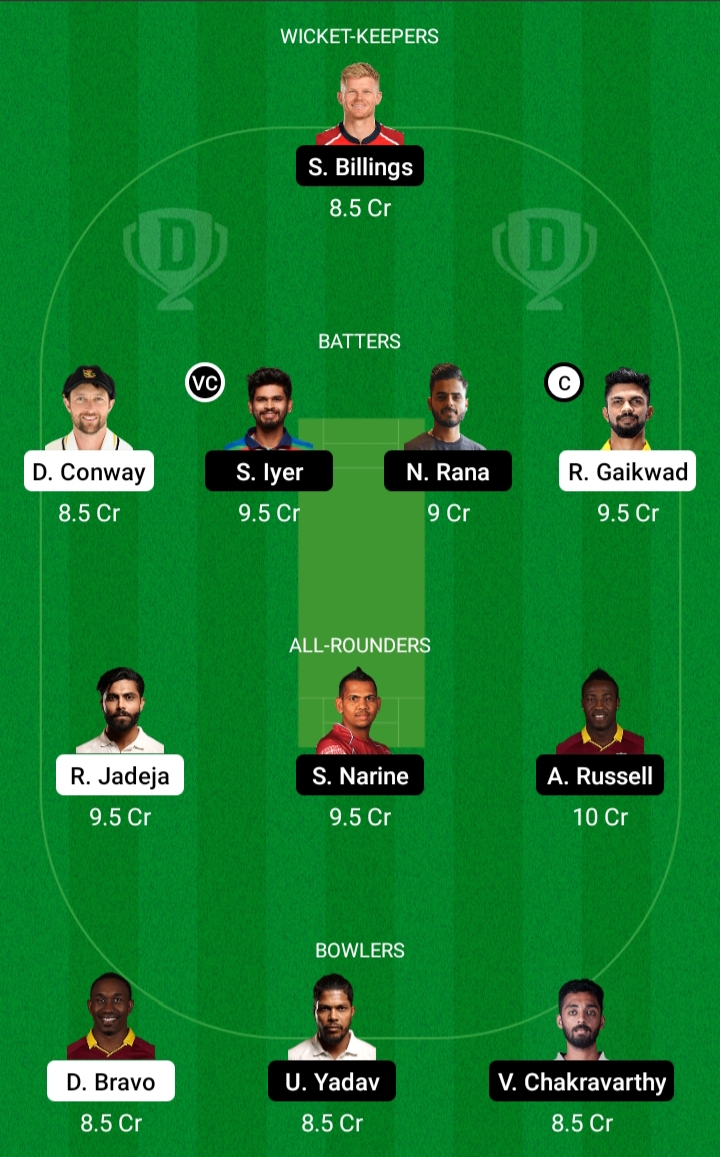