India take 1-0 lead in the 3 match series riding on unbeaten half centuries from Shikhar Dhawan and Shubhman Gill. India secured a convincing 10 wkt victory chasing Zimbabwe's total of 189. This was their 13th consecurive win over the hosts in the 50 over format and stand in skipper KL Rahul's 1st win as a captain after a horror start in SA earlier this year. To everyone's surprise, India chose to field first on a good batting deck but it proved a wise decision as Chahar and Siraj made the ball talk in the powerplay. Comeback man Deepak Chahar, Prasidh Krishna and Axar Patel shared 3 wkts each among them and Chahar was awarded MoM. Initially, he struggled with his run up which can happen to anyone after a long hiatus but soon started to weave his magic and sent Zim's top 3 back in the pavilion. He received good support from Mohammad Siraj ( 1/36) who removed Sean Williams with a perfect test match length delivery. The hosts were soon found in a wanting position at 66/5 but a record 70 run stand for the 9th wkt between Evans and Ngarava helped them reach a modest total of 189. They broke the previous record of Andy Whittal and Paul Strang of 53 runs. Sean Williams made himself available 2 days before the ODI series and it provided some flexibility to the lineup as it paved the way for Kaia to open. The Zimbabwean team are without 3 big names; Blessing Muzarabani, Wellington Masakadza and Skipper Craig Ervine are all out due to injury.

It was indeed expected from KL Rahul to open the innings as he needs some quality time in the middle before the Asia Cup but the managment went ahead with the inform opening pair of Gill and Dhawan who put up their 3rd 100 run stand. Dhawan, though he has been among runs but his SR in PP is concerning. He is striking at 66 in PP this year. With all the 3 players in top order moving to their wrong side of 30s it could be curtains for him given his conservative style of play. Thats exactly the team doesn't want in view of the 2023 WC. 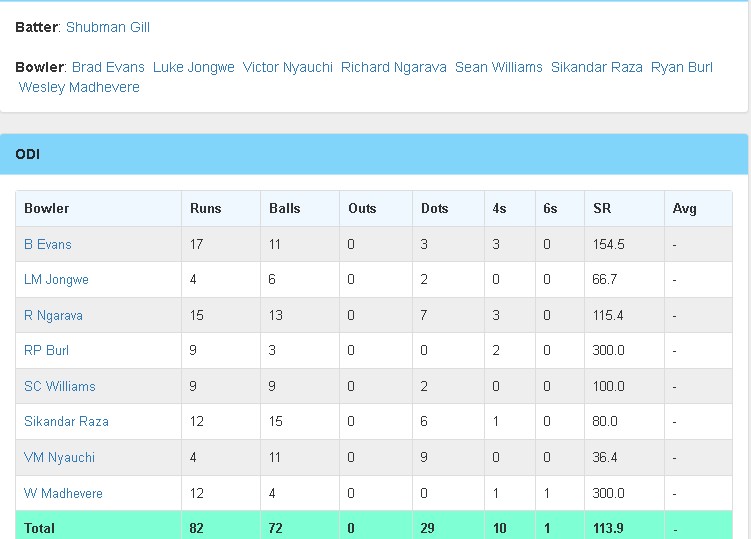 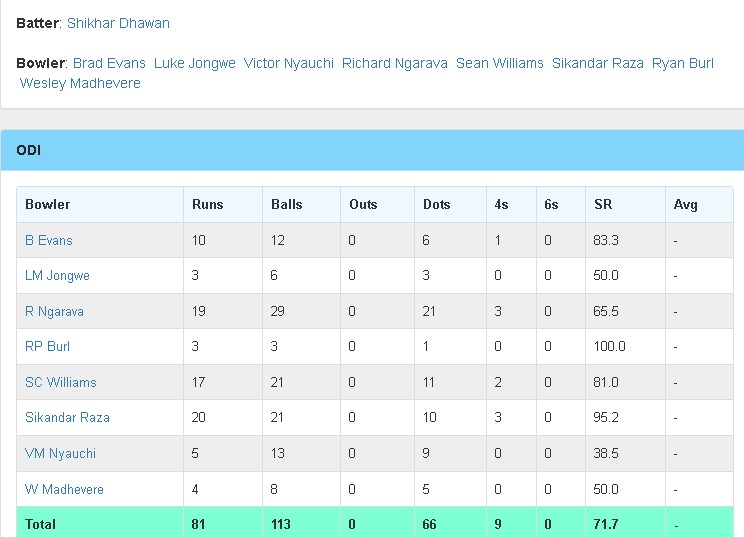 Shubhman Gill: He had an exact average and SR of 102.5 in the 3 match ODI series against WI. He missed out on a well deserved maiden ton after he was stranded on 98* due to rain in the last odi and an unfortunate run out in the 1st ODI after reaching his 50. He also became the 2nd youngest Indian to score a ODI 50 in WI after Virat Kohli. he continued his rich vein of form and racked up an another score of 80+ in ODIs

Shikhar Dhawan: He has scored 11 half centuries in his last 22 innings and there is another huge possibility of a big opening stand between him and Gill. They have now scored 4 consecutive 50+ partnerships.

Mohammad Siraj: It appears as if he has finally found his rythm after a horror IPL and a below par performance in the solitary test in Eng. He bowled brilliantly with the new ball in Eng and WI and has scalped 10 wkts in his last 6 odis at an eco of 5

Ryan Burl played an explosive innings against the Bangladesh in t2ois and has all the abilities to repeat his exploits in the longer format. 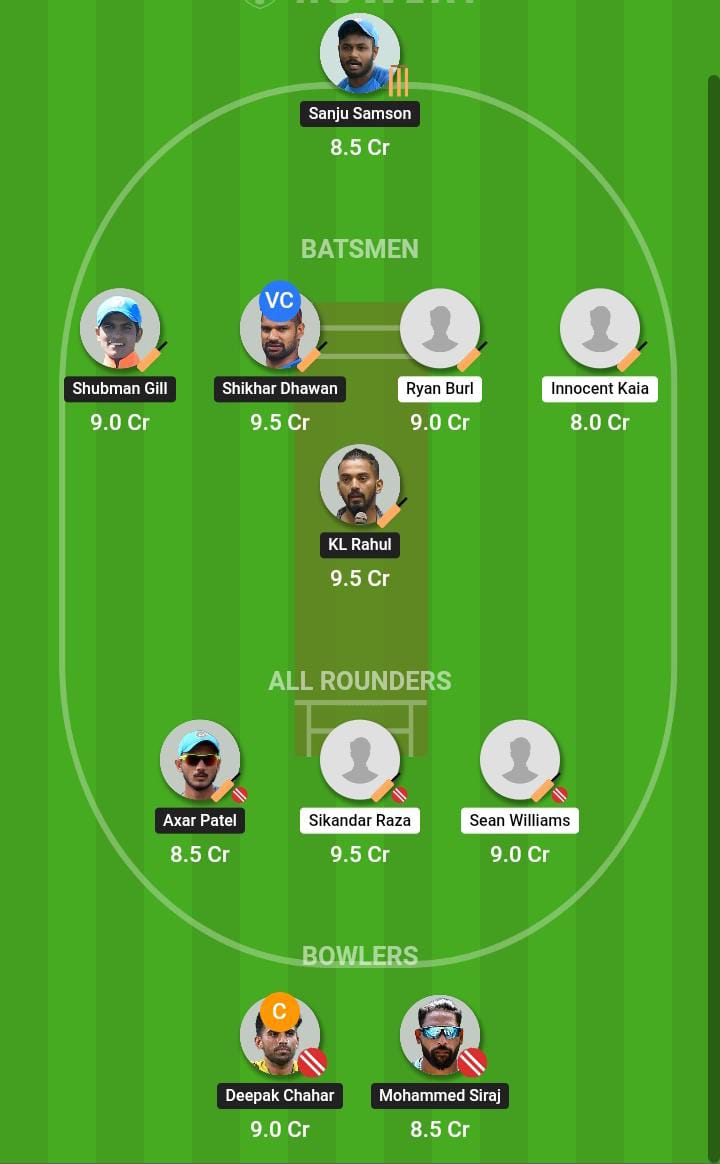 Most ODI runs for India after first 7 innings

India is the first team to defeat a particular opponent at their home by 10 wicket margin more than once in men's ODIs.