The defending champions Chennai Super Kings take on the Sunrisers Hyderabad in Match no 18 at the DY patil Stadium in Navi Mumbai.

Both teams are yet to register their 1st points on the board and  for the 1st time since in 15 seasons CSK have lost all their 3 opening games. Their biggest strength last year was the opening partnership of Ruturaj and Faf where both the batters put up 635 and 633 runs respectively. However, just like his previous 3 seasons Gaikwad has started on a horrible note with the scores of  0,1 & 1. Deepak Chahar's unavailability still remains unclear since he is a very important part of the bowling attack. Since 2018, Chahar has taken 42 wkts in the powerplay.
Shivam Dube has been a surprise with 2 crucial knocks in the middle order and addition of Chris Jordan and Dwaine Pretorious has yielded some results so far in the death bowling.

SRH have won only 3 out of their last 17 games. Umran Malik in bowling and Kane - Abhishek opening partnerships have been the biggest letdowns so far. SRH could try to push Tripathi to open and slot Kane at 3. Sending Washington Sundar ahead of big hitters like Samad and Shephard proved to be a big blunder as SRH lost against Lucknow by 12 runs. CSK have always dominated SRH and their Head to record of 13-4 is a big testimony. SRh have won only 2 out of their last 10 encounters against the Super Kings

Abdul Samad averages 10 against leg spinners with 4 dismissals in IPL.

SRH have won just 3 out of their last 16 games.

CSK have lost their 1st 3 games for the first time

1st 3 Innings of Ruturaj Gaikwad in

Kane Williamson: The IPL marked the return of Kane Williamson to competetive cricket after 4 months and the franchise would be hoping for their skipper to repeat his 2018 heroics. Kane Williamson has been dismissed cheaply in the 1st 2 innings with the 1st dismissal being a controversial one. Kane has this remarkable ability to switch gears as we saw in t20 wc final this year.

Rahul Tripathi: Tripathi burst onto the scene in 2017 while opening for Rising Pune Supergiant. He racked up 391 runs at an impressive strike rate of 146. He had a a couple of off seasons with RR but was back at his best in KKR. Donning a new role, Tripathi batted in middle order and amassed 397 runs at a SR of 140. No wonder he fetched 8.5 crores in the auctions as he possesses the unique ability to attack from ball one.He was the top scorer in the 2nd game with a 30 ball 44.

Ruturaj Gaikwad: 635 runs in IPL 2021. This was a record breaking season for the youngster who scored most runs in an edition by an uncapped player and won the Orange cap. Ruturaj has been in terrific form since then. He was the top scorer in VHT with 603 runs at an average of 150 and scored 259 runs in SMAT at an average of 51 and a SR of 149. His start this season hasn't been a good one just like the previous 2 editions.

Moeen Ali: CSK was boosted by the all rounder's presence against Lucknow. Moeen Ali has scored 266 runs in the middle overs since last season at a SR of 140

Aiden Markram: In the past one year, Markram has scored 570 runs for SA at a SR of 148. He had a very good outing in t20 wc and was featured in ICC's team of the tournament. Markram is also a useful part time off spinner and does the job well in Powerplay. He was the top scorer for SRH in the 1st game and scored a 50.

9 wkts at an eco of 6.88. CSK have signed a good all rounder and he has started well so far. 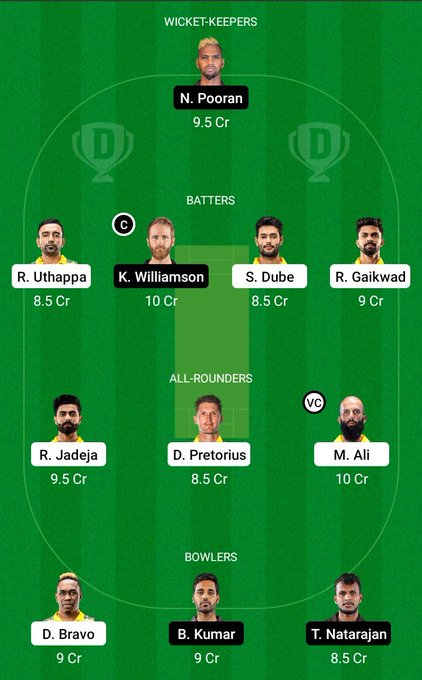 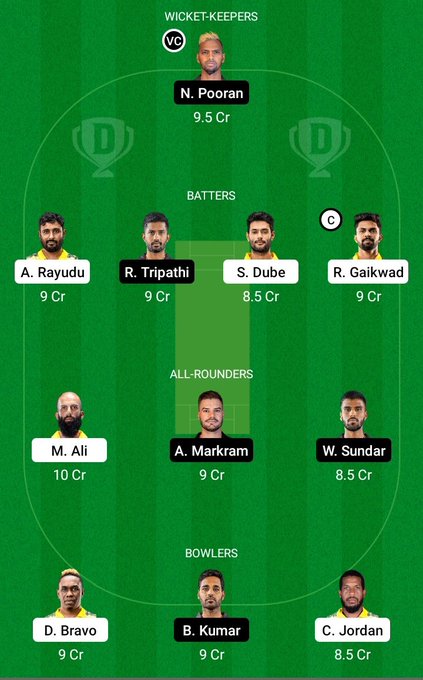